by Barry Hilton November 10, 2014
I very much enjoy the Crisis show. The Tin Soldiers of Antwerp are some of the friendliest wargamers you are likely to meet. Their annual show held on the banks of the Scheldt River is now a major event in the calendar.
I was reliably informed that this year they had in excess of 1,500 people through the door. Compare that with popular and well known shows in the UK such as Claymore (Edinburgh) or Partizan (Newark) both of which may get around 500 visitors in a single day.
Crisis has a real international flavour. The exhibiting gamers come from all over Europe as do the guests. I met French, Dutch, German, Finnish, Italian and Spanish guests in addition to a large contingent of Brits at the event.
As this has become a Hilton Annual event with the ladies of the family gathering their own little fan club. Emma and Gwen received gifts of chocolates and beer during the afternoon noether of which were refused!
I chose to run a scenario based on a section of the Battle of Fraustadt 1706. One of Sweden's greatest victories masterminded by General Rehnskold. My game featured the closing stages of the battle with Swedish cavalry and Vallacks attemptiing to ride down pockets of Saxon and Russian infantry defended by rallied squadrons of Saxon cavalry.

The game received a huge amount of interest throughout the day resulting in me rolling very few dice and talking a lot!
A variety of hobby luminaries stopped to chat including Duncan Macfarlane, Henry Hyde, Paul Hicks,Wayne from WI and Dave Thomas.

I spent more at the show than the previous 5 put together. I bought some lovely stuff from Westphalia Miniatures, winter terrain items from another German company, a genuine hand made wargaming table periscope and a few bits and bobs all coming to nearly 300 Euros.... what!!!! I thought my days of doing this were long gone. 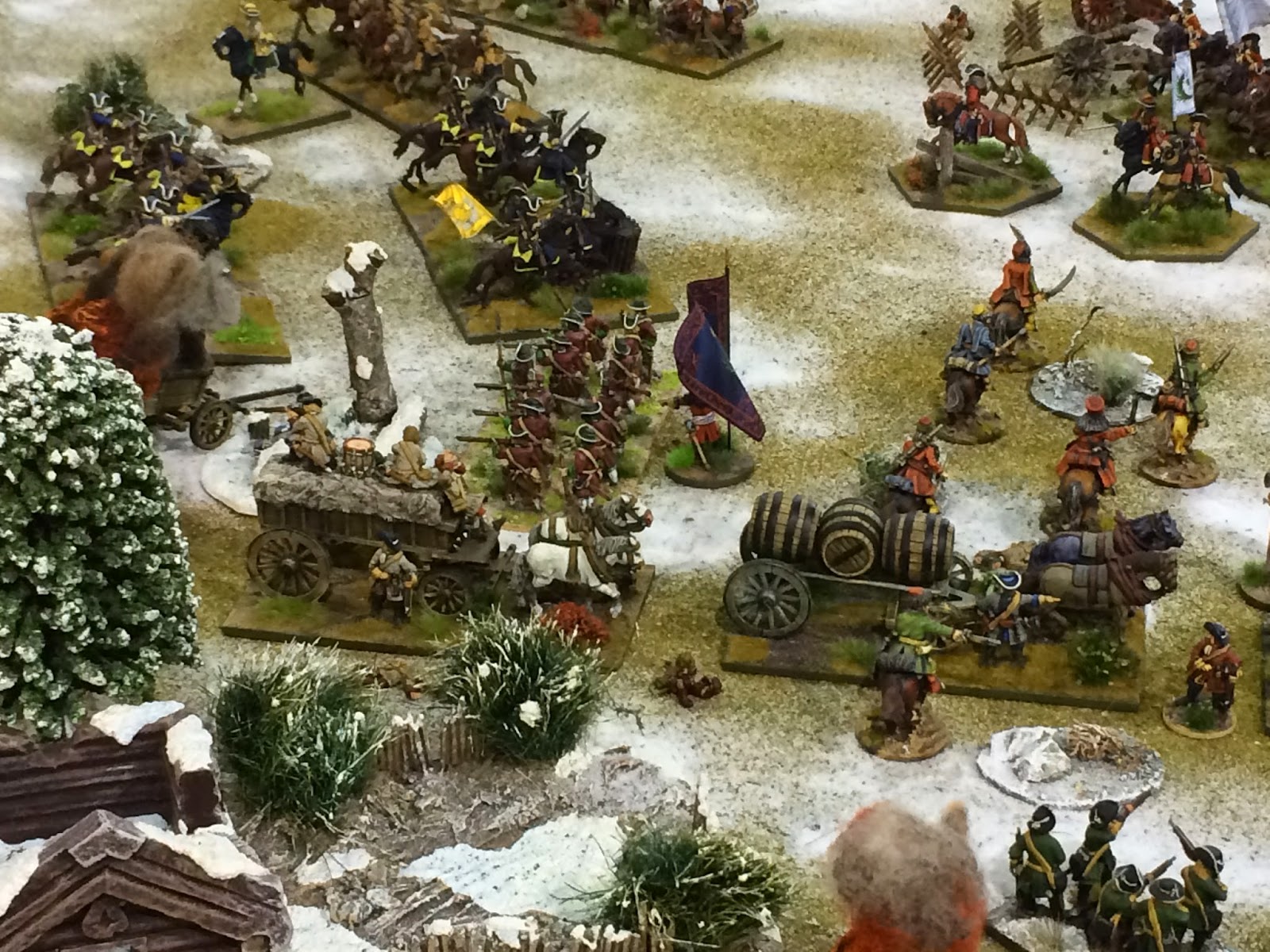 I took a few pictures of a couple of games as I passed through which will feature in another post. In the meantime, Antwerp was once more a big hit for the family and from a Warfare Miniatures perspective the trade was brisk!