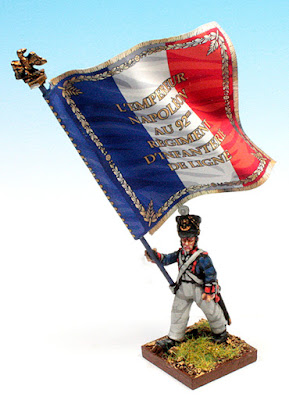 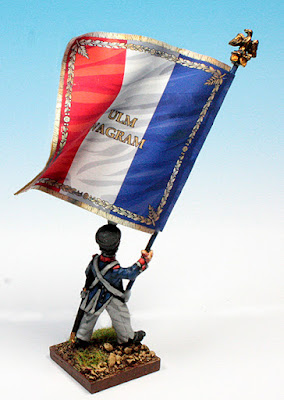 Clarence Harrison - Napoleonics was my first love in wargaming before falling down the rabbit hole that led to the period of floppy hats and tricorns. While I've mostly concentrated on adding flags to the shops that can be carried proudly by Warfare Miniatures, I've had it in mind to expand to other periods. There's been a lull in Mad for War for the last few weeks while we've been going over the manuscript again in light of lessons learned knocking Mad for War Essentials into shape (don't worry, we're still on pace for late spring/early summer). It's not in my nature to be idle so I decided to wade into the future (of the BLB period, that is) and produce a few new flag sheets... 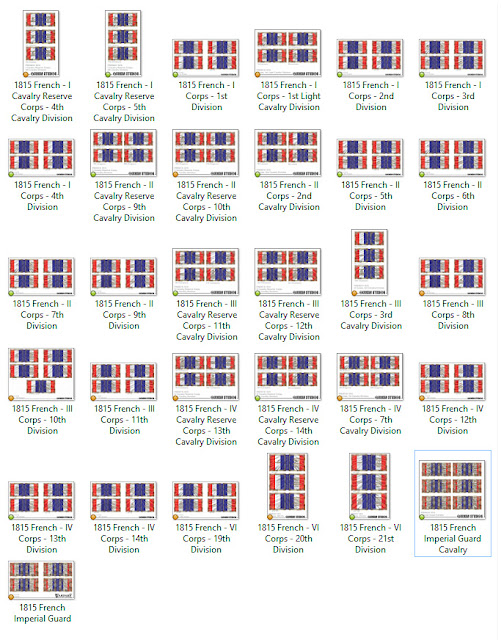 Well, ok... my OCD kicked in and I ended up with over 120 units - the entire French army for Waterloo (suitable, of course for any part of the 100 days campaign)! They are divided into divisions, which is how I normally set out collecting an army. Regiments were only issued one eagle in 1815 and this was carried by the first battalion. Opinions seem divide as to whether or not the infantry flags had fringe, but I decided to include it. If you fall into the camp of "without", it is easy enough to trim them off when you cut out the flag!

These will be available at Warfare Miniatures USA (in the US and Canada) and the League of Augsburg store (for the rest of the planet), though it may be a couple of days before they are posted...
Right! I'll have more flags for 1815 later this year. There are also a pile of naval flags (for both 28mm and 1/1200), WSS, and whatever I manage to find time for on the way!
Share Share on Facebook Tweet Tweet on Twitter Pin it Pin on Pinterest
Back to The League of Augsburg