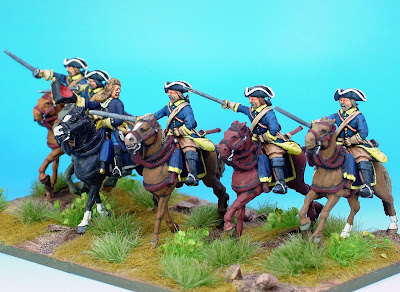 A while back we cast up some test Swedish cavalry which have been seen on the show circuit but only as samples on the Warfare Miniatures stand. The reaction to the models was very good. 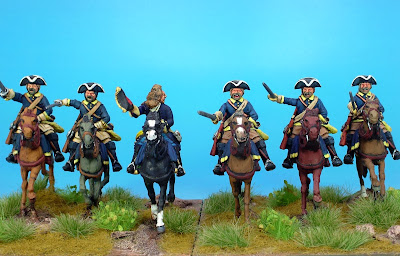 When I decided to include a piece of GNW action in our October Derby Weekender I did a freshen up of my existing Swedish Army and decided to complete the half squadron of Warfare Swedes and give them a 'run out' against Gunter's Saxon horde. Here are some pictures I took of the squadron who will receive their battle debut on Saturday morning 12th October 2013 under the command of..........? 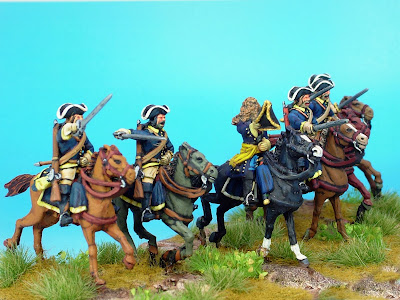 I have used my new basing configuration of 75mm wide by 80mm deep. Why? Easy answer.. I like it! It allows the models to breathe and be seen. It protects the precious paint work. It allows stories to be told on the base (more of that in a series of articles to come on the blog). It makes cavalry appear to be moving. Hopefully you will recognize the attempt to create the wedge formation with the squadron as based. 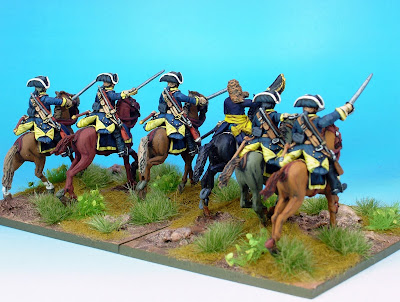 The officer is from Warfare code WLOA48 and makes an appropriate Swede. I intend to complete another two squadrons from test castings. If there was demand for this trooper model I may put it into production but for the moment the unit is somewhat unique. 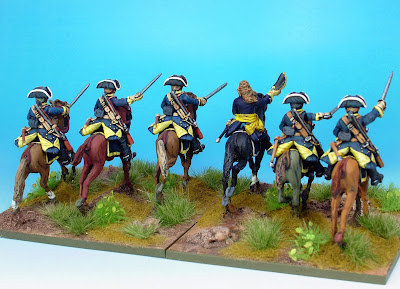 Let's see how it fights! 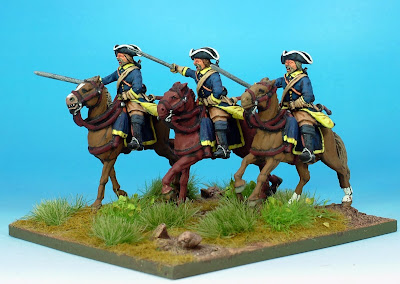 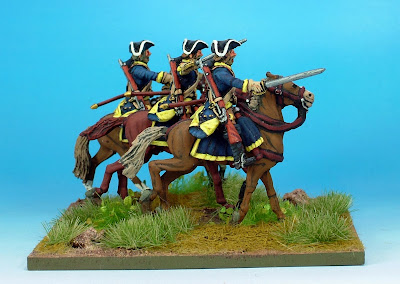 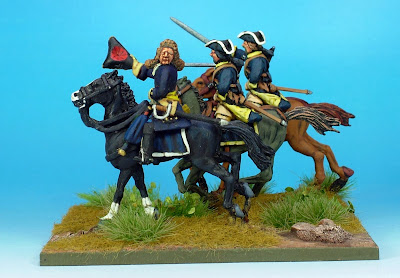