Ade's Aughrim - the topography of a wargames table

As his mates we have watched his progress with interest and admiration as he powers through an enormous quantity of projects and ideas. When we have run our wargaming weekenders most of the terrain has been provided by the smouldering furnace's of Grimsby's Andrew Carnegie.


Having decided on the Aughrim scenario he immediately set to building the green bogs of Co Galway in his inimitable style. Several of us have made the journey to the battlefield and got the feel of the land. When we saw what Ade had made, we nodded in appreciation. The overall feel of the table was just right. The relative heights, the proportions and dimensions told me immediately that the battle was going to be balanced and that enough ground was available to make the visuals look correct.


Ade used terrain builder's licence here and there and no harm in that at all. He built up Aughrim castle's ruins into a Gothic style pile but it was all the better for that and highly photogenic. He put a hard wall across the length of the Causeway to mark it out. Of course it did not exist and in gaming terms we ignored it as a linear obstacle but it looked pretty.


He represented the Melehan fairly faithfully but widened the Tristuan stream to something more substantial. The main reason for this was to provide a setting for one of his dramatic bridges which was to present Attibrassil bridge. Attibrassil is a very modest construction and in scale would not even merit a special representation but, Ade makes nice bridges so, we got a bigger than normal bridge and a wider than historical river which looked great.

We applied the same common sense to linear obstacle crossing for the Tristuan as we did for the Melehan so the difference was only cosmetic.


Apart from that, the battlefield is a true representation of what was there on 12th July 1691. Compare it will my home table representation which ran in the 16 part saga of our refight. 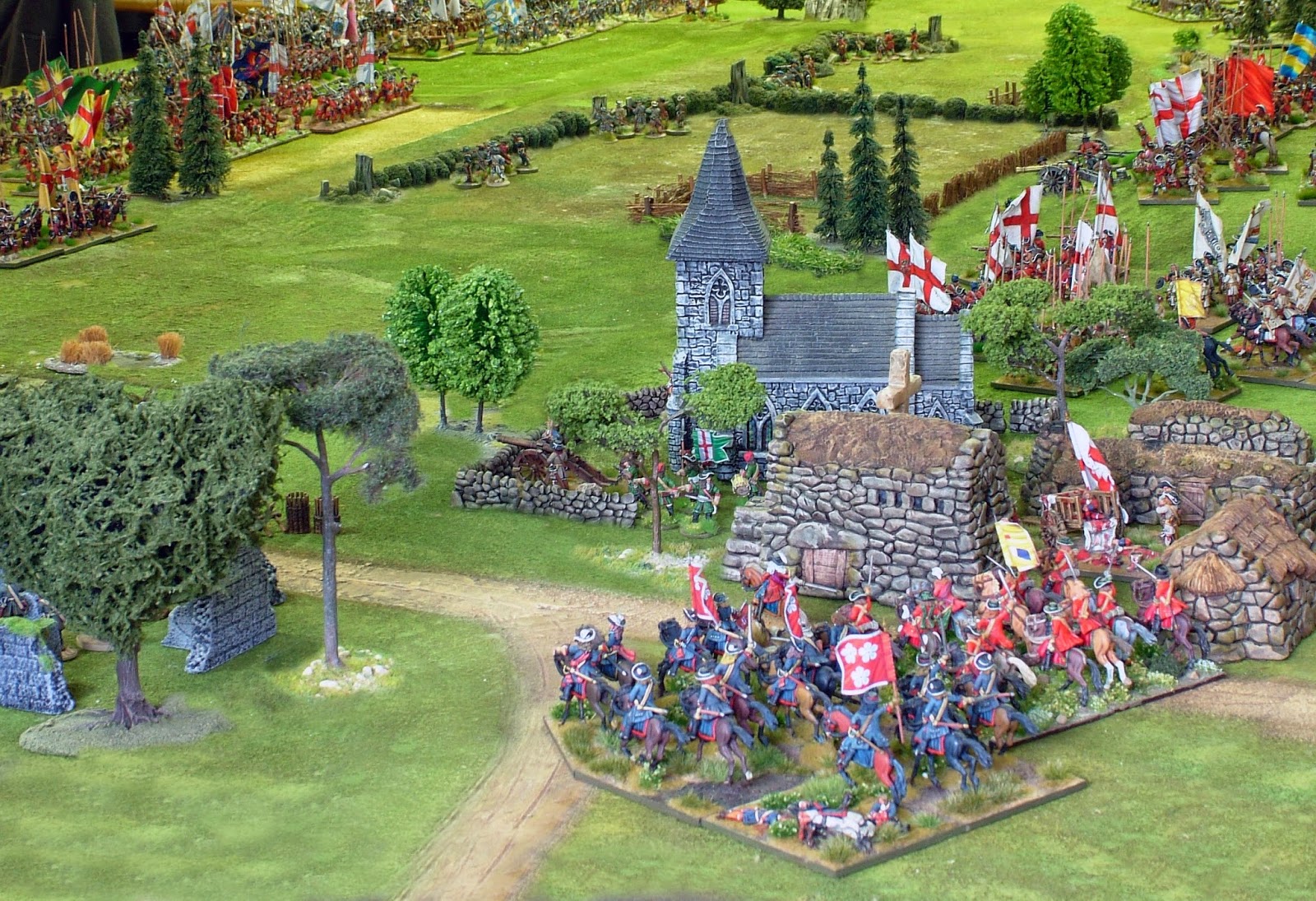 Join us again for a much shorter tour through the League of Augsburg Derby Re fight which will feature on the blog soon.