When I travelled to Scotland for an LoA weekender a few years back, one of the games Barry was running was part of their ongoing Battle for Britain, set against a fictional, but possible series of events where the war between the kings continued beyond Aughrim. One of the theaters that opened up in this imagi-nation conflict was Jamaica. The eclectic collection of models and units gathered for this Caribbean campaign was amazing and the kind of forces that the wargamer and painter in me loves. It went onto my "to do" list, but other projects pushed it to back of the shelf and it faded to a dim memory. 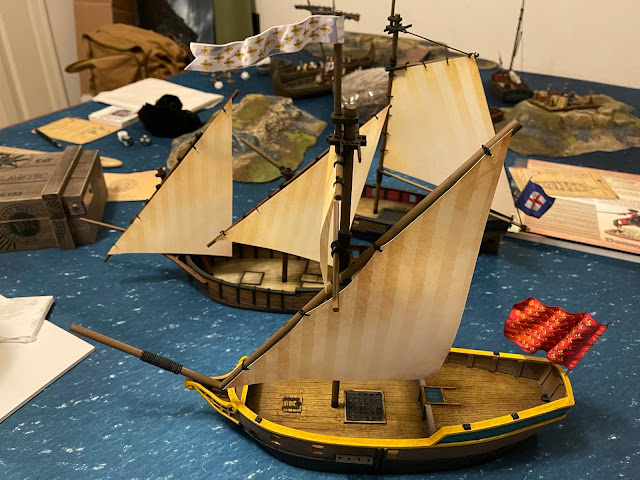 Fast forward to 2020 and Donnybrook at Sea. This project sprouted from Mad for War, a book Barry and I were already working on. We compiled the supplement for Donnybrook in a matter of weeks not months, but somehow I wound up with half a dozen 28mm ship models. I started buying models to crew said ships, initially with an eye to fighting fictional battles as part of my 1690 Ireland project.
I am complete novice to naval gaming and in order to get into the spirit while we were working on both projects, I began a spending spree on Amazon, buying both general and a few specific titles. I stumbled on the exploits of Henry Morgan and was struck by how well his battles would translate onto the table... ironically NOT involving all of these shiny new boats I was amassing. 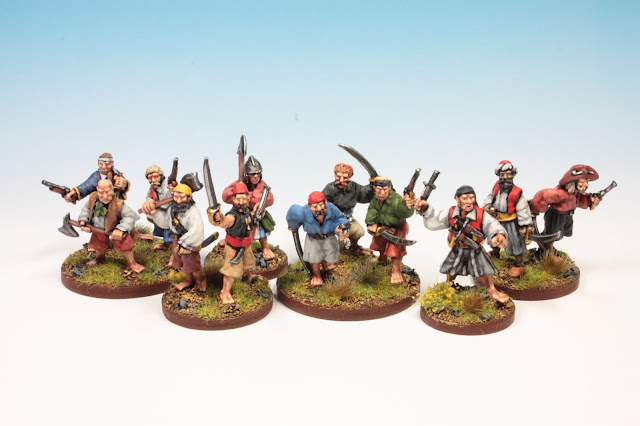 Then A Taste of Victory (a book I had nothing to do with) landed at my door. Tucked away among the other scenarios was Sugar War!, set in Martinique and using some of the same units that had appeared in the Jamaica games. I'd already been thinking about the sorts of units I would need for Morgan's campaigns and this was the clincher.
I'll be collecting and painting forces to represent most of the different factions that fought for control of the West Indies in the last half of the 17th century. One of the great things about this collection is that many of the units are universal. Sailors and buccaneers of the region look pretty much the same, regardless of nation. Locally raised militia are similar. Uniformed units were usually poorly supplied and ragged. Using Sugar War! and the other inspiration mentioned above, I've laid out a cunning plan to get the most out of this collection and be able to fight battles across the entire theater. 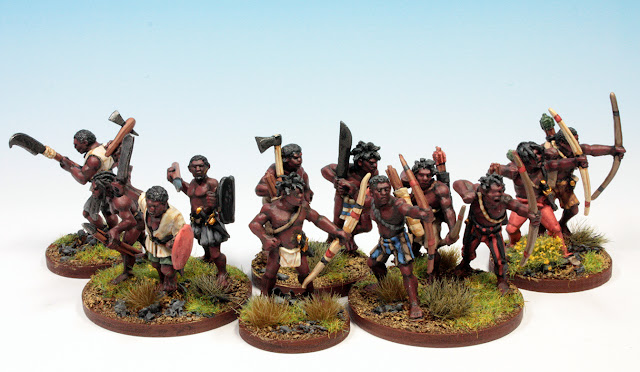 I'll be building units for Beneath the Lily Banners (with companies as the standard unit rather than battalions) and Donnybrook. The variable basing seen on these units will work equally well for both as tribal or irregular forces, while close order troops will be on my usual BLB bases, like this militia company (which could be used for ANY nation and incidentally is painted as a French de la Marine company). 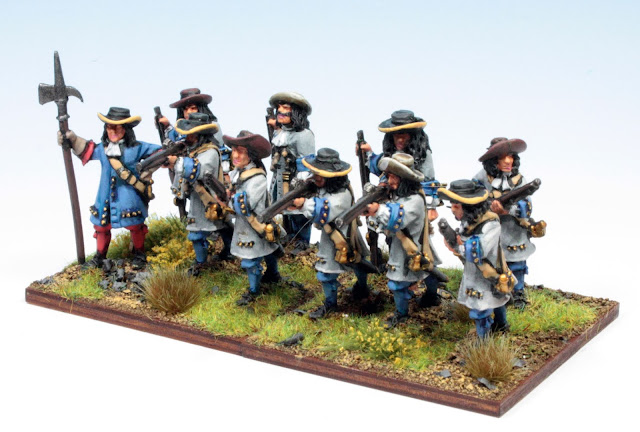 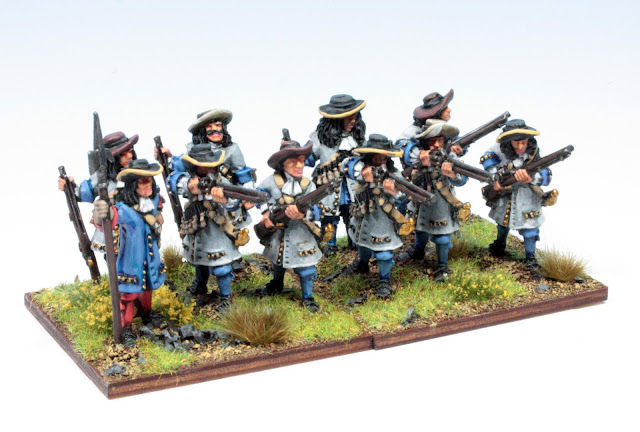 Command models will be based individually or on half hexes to give me the maximum flexibility in organizing units. So far, I've been using models from Wargames Foundry and the Northstar 1672 range, but I have a lot of Warfare Miniatures in the pile for regulars as well. 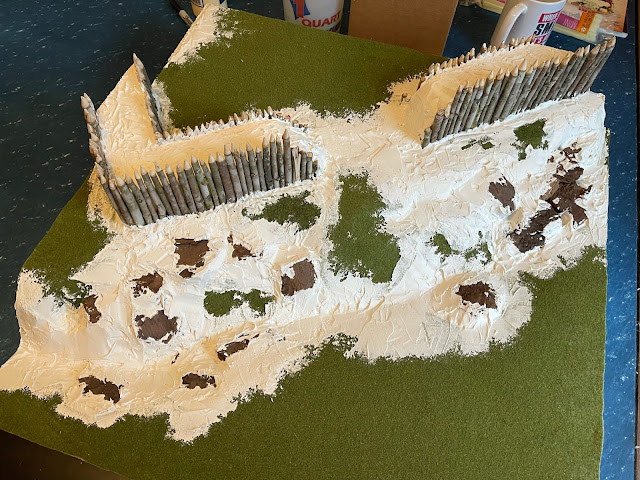