And progress is good too.. 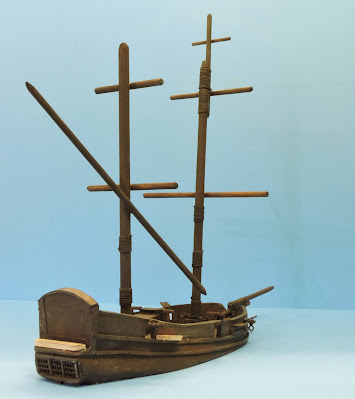 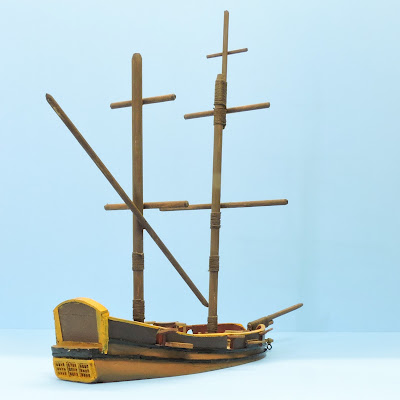 The overnights are in on the two small warships for the Anglo Dutch Wars period. I have blocked in basic colours only on everything except the decks which habe been drybrushed  UP 3 as I would say (ie basic coat + 3). 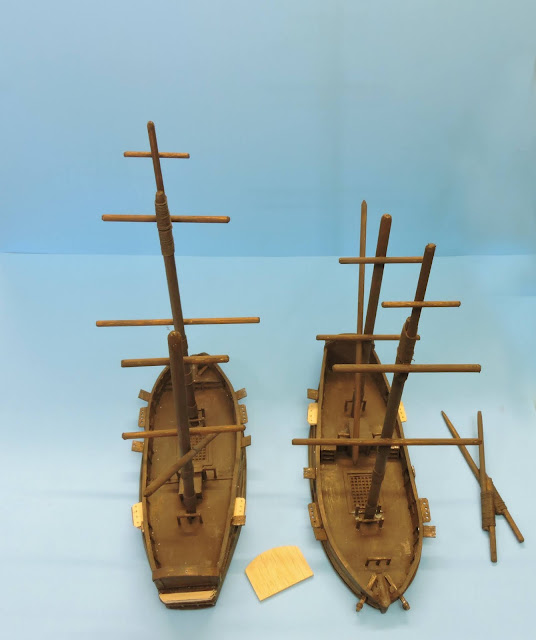 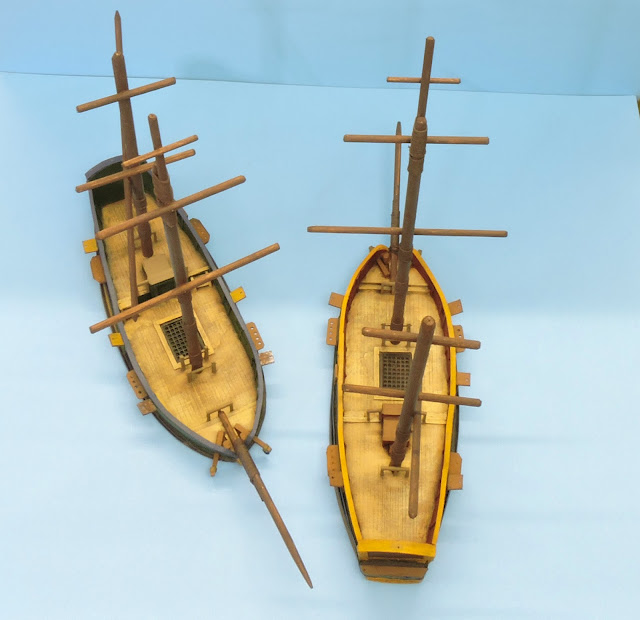 Some of the colours shown are not the end coulours which will be used for example, the yellow will be overlaid in gilt. The ochre hull will be darkened down to a more oaken shade. 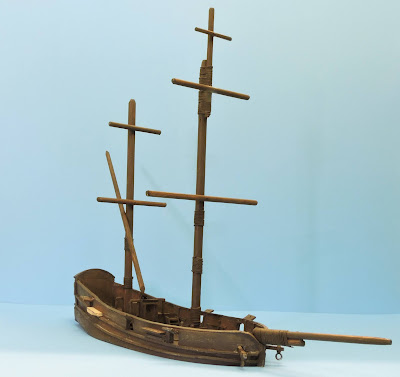 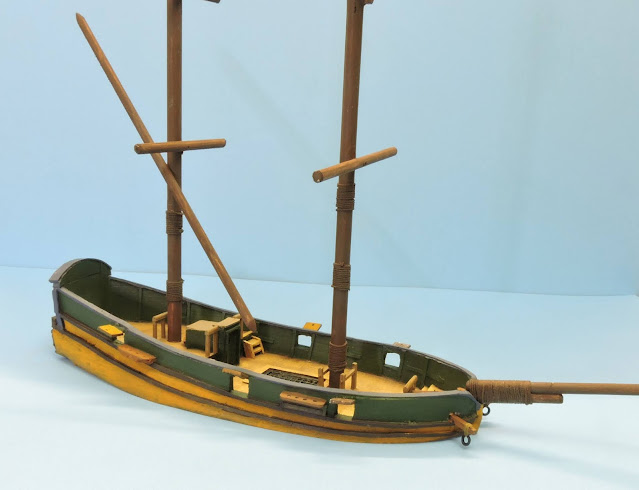 Nothing done with the masts as yet. I have been doing my research to see where I will have to add items to attach rigging etc. They will get painted next and the entire basic hulls washed down in shader. 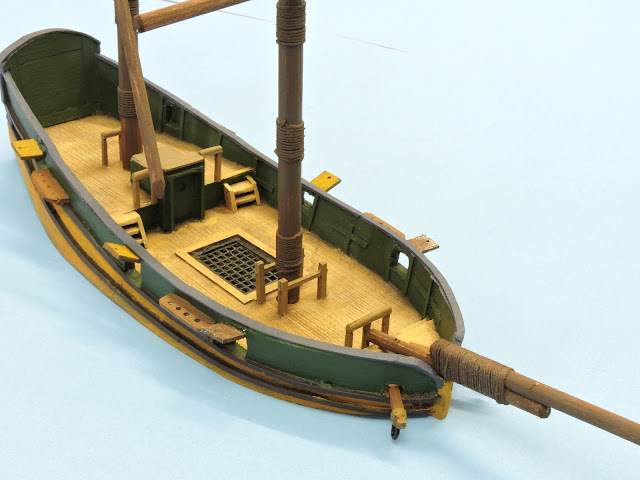 Then, I'll paint up from that to bring out some highlights but not too much on such large scale models otherwise they'll look too gaudy and toy like. 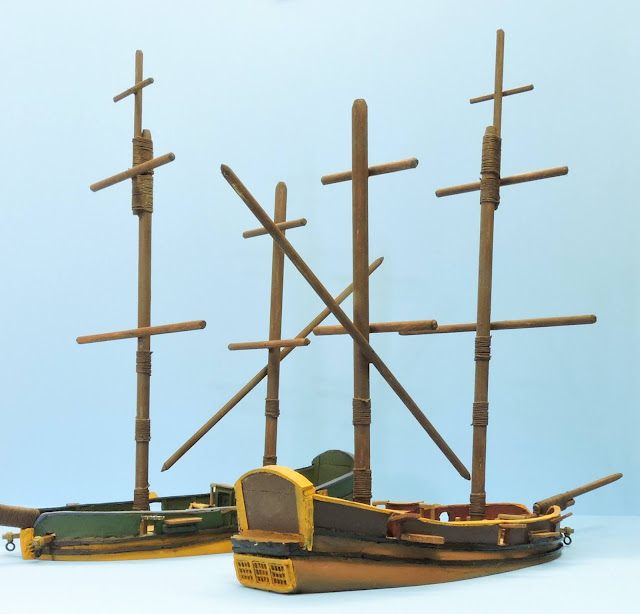 This was a rough job - not too much care taken on edges etc. That comes later. The hull will need some other little remedials done on it. The compromise is durability versus aesthetics but, I think these show a lot of promise already. 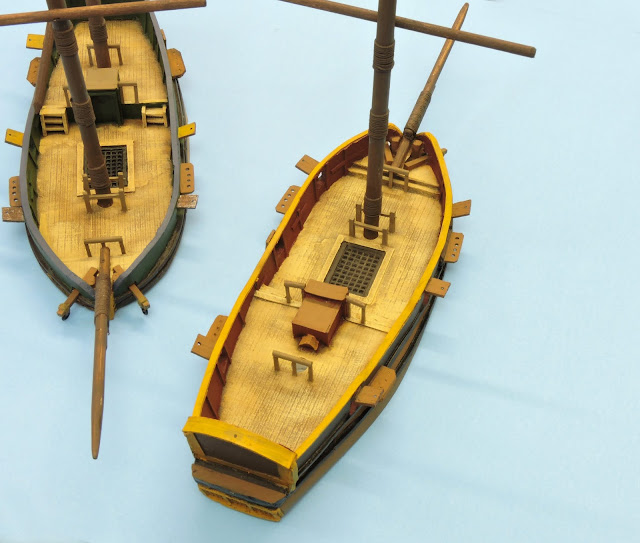 The amazing thing is, once they have a couple of sails, rigging and flags on them, you won't even look at the hull!