by augsburgeroberst July 22, 2020
The Battle of Aughrim holds a strangely Cinderella like quality when compared with the Battle of the Boyne but in everyway it is more interesting. It was more evenly matched. more brutal and more decisive.

It occurred almost a year later and by that time, despite their myriad tribulations, the Irish army was a better fighting force.
I have fought Aughrim or, bits of it, many times. It is about as evenly matched as a tabletop wargame could ever be on paper. The relative pros and cons of troop quality, generals and terrain all balance out to make it anybody's victory.
Having walk the field several times I can confirm it is relatively unchanged and very easy to understand the action. Access to all the key points is easy and as long as you are not spooked by Irish Farmers' shotguns which seem to discharged with alarming frequency, it's  great day out. 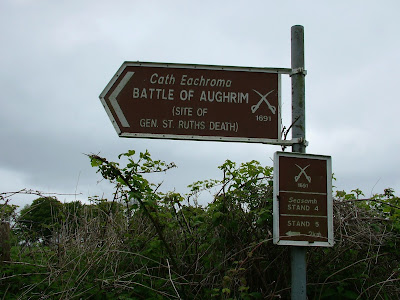 This commemorative post remembers several games I have organized and played and I hope, convey's the wargaming challenges of a defeat the Jacobite army grasped from the jaws of victory.
I have always found Aughrim a far more interesting battle than the Boyne. It was a full engagement last over four hours. Casualty estimates attest to the ferocity of the fighting.
Another curious quirk of ughrim is that is has more of a feel of an intense civil war struggle. Of course there was a significant number of foreign troops on the Williamite side but the bulk of the fighting beyond the right wing was undertaken by Irishmen on both sides and Englishmen.


I have a yet to be published 35,000 word guide on the Jacobite infantry regiments which fought at Aughrim and am currently considering the best way to release that - book or pdfs. 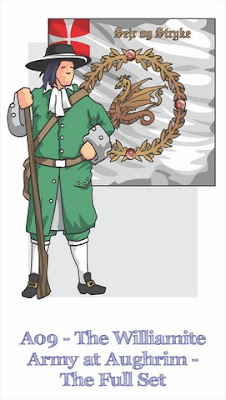 Our pdfs on the Williamite Army are part of our work output that I am personally most proud of and provide a detailed view of every regiment at the battle.
Watch out for some more scenarios in the 4PlayX series on Aughrim over the next couple of months but in the meantime. Enjoy the pictures. 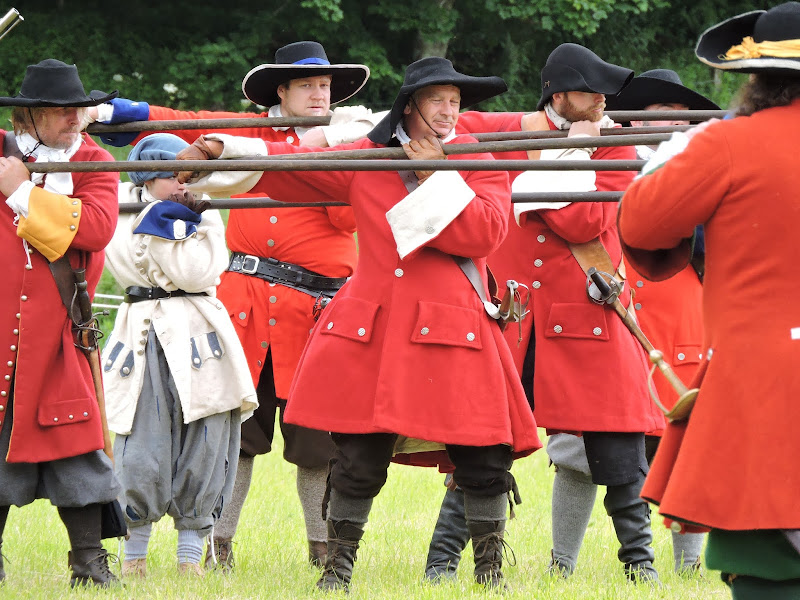 Pikemen (photo BH) - note the hats and think of tricornes!
In one of our refights I remember the Jacobites were well on the way to a famous and resounding victory when a chance shot hit a unit to which General St Ruhe was attached and.. yes, you guessed it, the controlling player Paul, beat the odds by having the commander killed. This sparked a widespread panicky rout and the battle literally turned on that die throw. Slaw jaws is an inadequate phrase to describe our responses.
Share Share on Facebook Tweet Tweet on Twitter Pin it Pin on Pinterest
Back to The League of Augsburg