Of Marlborough's four victories Malplaquet was the last and most marginal if it was a victory at all. It is a tactically blunt sledgehammer battle during which horrendously costly frontal assaults incurred casualties at a alarming level for the army of the Alliance.

Comparing the loss of life shows  the 'beaten' French inflicted around 24,000 losses on the victorious Allies who managed to incapacitate or kill around 12,000 of their enemies. The intact French army did withdraw from the field but in good order and relatively battleworthy. Surrendering the field gives credence to the claim of victory together with the fall of Mons which the French were no longer able to hold.

Attacking an entrenched enemy with both flanks protected behind substantial woodland and an open line of retreat, does raise questions about judgement. The enormous Allied army of 110,000 men faced a very large French force of 80,000 therefore, this battle was by any measure, an epic struggle. 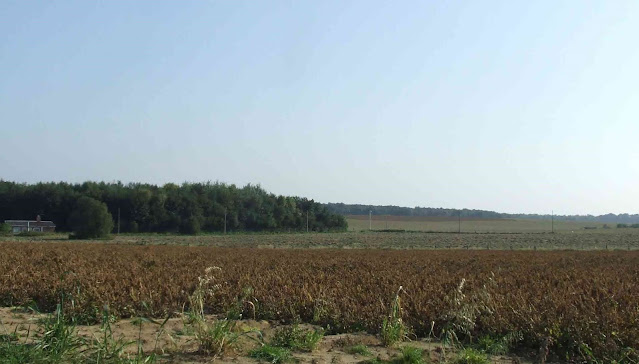 The battle involved massive pushes against the French left by Prussians and Danes and their right by the Dutch. A breakthrough came in the afternoon in the centre when the British infantry forced the defensive line allowing allied cavalry through to battle in an enormous melee with the French. 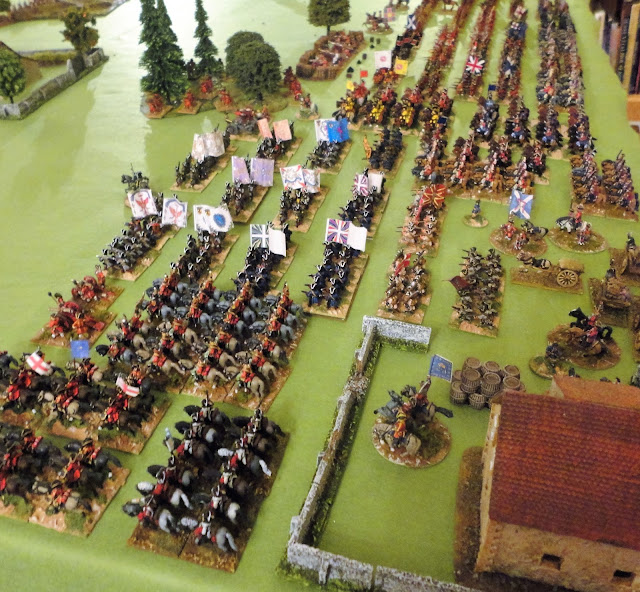 Prince Eugene was wounded twice during the battle and as was the French commander Villars. With their defensive position untenable, the Marshal Boufflers withdrew in good order. The Allies were too exhausted to pursue. The enduring comment on the battle must be the comment from Villars to Louis XIV... One more such French defeat will ruin the Allied Army. Marlborough's star was already on the wane in 1709. The Queen did not congratulate him on his victory and soon he was no longer an active commander as the opposition to the war grew louder at home.

As a wargaming experience of the period.. this one is the 'Mama'! I played it over two days with around 13 players and 3,500 miniatures. It was an epic gaming resulting in a French victory.

It is a battle that must be remembered but despite its size, is less famous in Britain than Blenheim for quite obvious reasons. A toast to  all participants in the largest pitch battle of the Age of Marlborough!