Ark Royal packs will be priced at £21.50 with a set of ratlines @ £2.50 per ship. The ratline/shroud sets are optional. Some smaller ships do not require ratlines.

There are squadron deals available covering the 18 listed options below with pack numbers and quantities noted. A squadron deal has three packs and will cost £56 and thus offer a £8.50 discount on three packs.

The squadron packs are designed to be historically balanced in the context of their use. Each will contain a brief written guide explaining the ship types and operational scope of the squadron. This will help gamers new to the period place their ships in context and understand the options available.

The shops are configured for most preordering now. 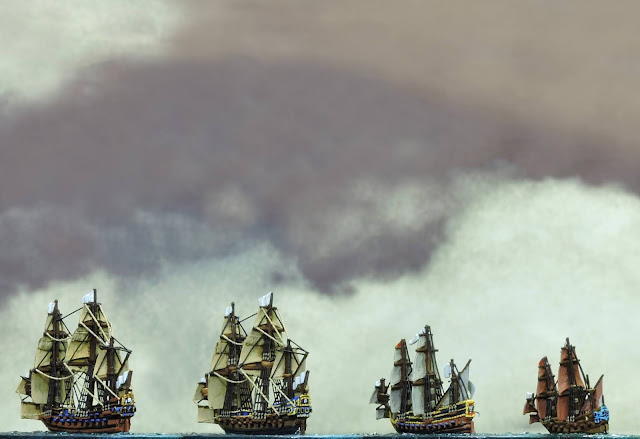 Suitable for fighting any of England's foreign enemies and Prince Rupert's Royalist Fleet between 1648 and 1652.

Suitable for Prince Rupert's Royalist Fleet between 1648 and 1652 serving in home waters, Portugal, Spain, Mediterranean, Atlantic, Gambia and the Caribbean.

Suitable for fighting in Northern and Western waters.

Suitable for fighting in The Mediterranean.

Suitable for fighting in the Mediterannean

Swedish ships were similar in design to many English ships and these codes make good representations. The Swedes had several very large units. Swedish and Danish ships had some swallow tailed flags but this should be too much of an issue. Some period and modern art show ships with conventionally shaped flags or a mix.

Danish ship designers adopted elements of both Dutch and English styles. The Danes allied with the Dutch in this war and earlier against the Swedes. It is legitimate to include Dutch allies in the fleet on occasion.

The Guerre de Course (war of the chase) was a tremendously successful tactic for French privateers particualrly during the Nine Years War/League of Augusburg period. Sailing out of Dunkirk, St Malo,Brest and Bayonne the wrought havoc with English and Dutch shipping. They favoured light, fast frigates and small craft packed with armed men.

This is a squadron for classic piratical actions from the Irish Confederate and Royalist Scilly Isles privateers of the 1640s, the notorious Scottish privateers of the Dutch Wars era who infested the North Sea and even attacked land targets  in northern Europe to the Caribbean based pirates.

A convoy with escorts. Hundreds of dirty black collIer boats took coals FROM Newcastle! Everyone was after them!

Much Dutch wealth was built on the the herring industry and most good herring were to be found in English waters! Hundreds of fishing boats were frequently a target for maruading English cruisers which wanted both the fleet and the catch! There is money in fish.

Dutch wealth is built on the activites of the GWC and VOC companies of the 17th century. These are the BIG prize for any marauding fleet. One single convoy was worth more than the Crown revenues of Denmark prompting Charles II and the Danish King to make as secret pact to capture it and personally split the wealth!

ARD001 Sovereign of the Seas and Prince Royal circa 1641*

Where applicable a frame of brass etched ratlines is £2.50 and covers all ships in an individual pack marked * 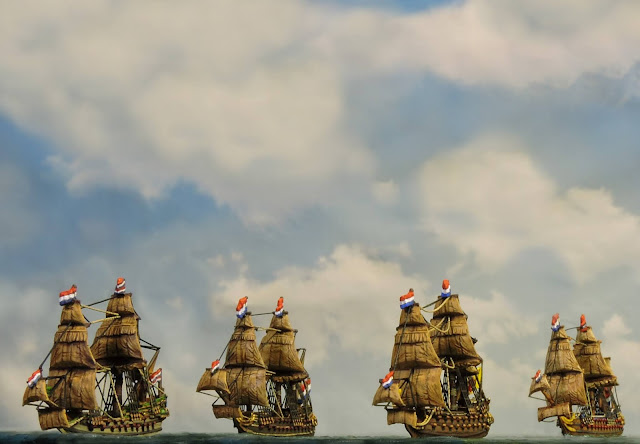