Back down on the river...... Medway project update 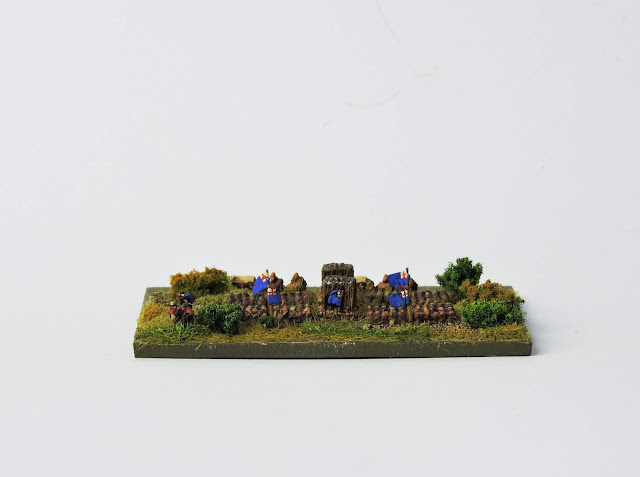 At the weekend I got a chance to push on with the Medway multi scale project. One of the little (appropriate description) pieces I was keen to finish was my very first foray into 2mm figures. I must again refer to Mark Backhouse's 2mm Siege of Portsmouth project as I used this as inspiration and my template for a little experimentation. 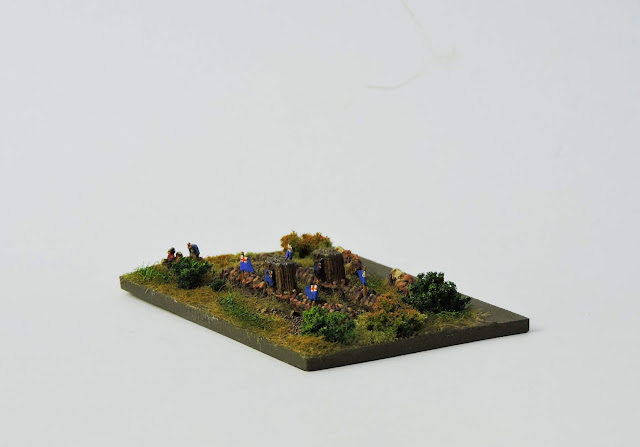 These pieces may be deployed for limited tabletop gaming but are more likley to be used in the macro movement of troops around the Medway towns area. This first piece represents country militia in civilian garb and representing an indeterminate number of men. 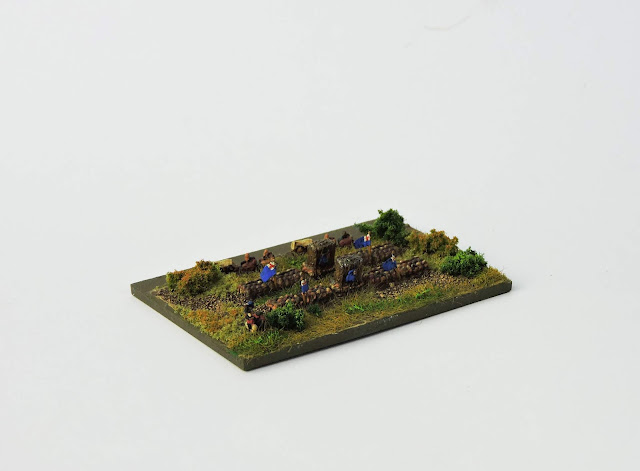 In total there are 150 men, three mounted officers and two wagons on the base which is 60 x 40mm.
I thought of it as a 1:1 scale piece representing three or four understrength  companies. 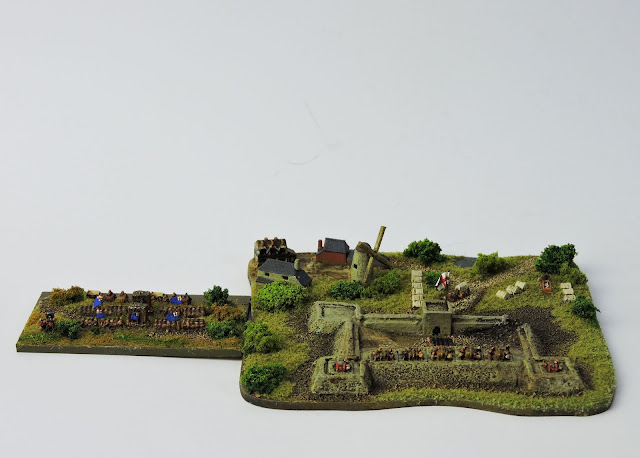 The shot above shows the finished base beside Sheerness and Garrison Point Fort to scale it a little.
I added a few extra flags to the 2mm Irregular Miniatures figures blocks. In total I used eight 15 men blocks of musketeers and two pike blocks. Having never worked in this scale before I learned a few lessons but was not displeased with the finished piece although I think I can do better.


Next up was another wee experiment. Most of the Royal Navy on the Medway was mothballed (officially called 'in ordinary') and I wanted to rig a 1/2400 ship partially but not totally in cold storage. This involved a bit of carving.
I chose a 2nd Rate to represent the Royal Katherine. I had ordered some of the Napoleonic furled sails and chose to take the largest (furled lower) sails from the model as cast, cut it off and them use the Napoleonic pieces for the upper furled sails. I also cut out the lateen sail on the mizzen mast as can be seen above.

The big difference between the way this one was done and the normal method was that the Royal Katherine was completely assembled and glued before painting. I normally paint the hull and varnish it before adding pre painted sails. The shot above shows the remarkable difference between two versions of the same model - rigged for battle and 'in ordinary' (step 1). I have yet to rig Royal Katherine and add attending smaller craft around her on this base. The game will feature around 12 such ships between 1st and 3rd rate 'in ordinary ' and moored between Gillingham Reach and Rochester Bridge. 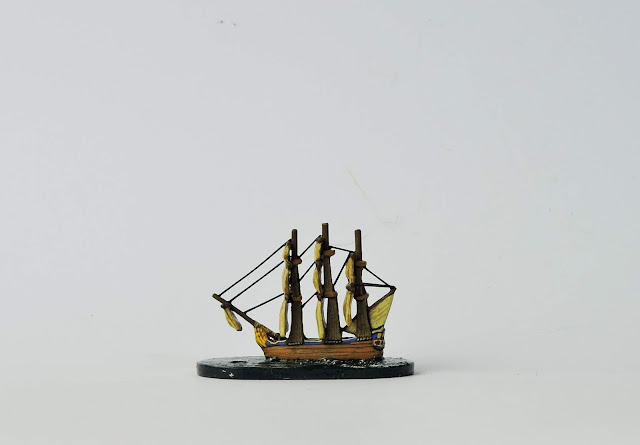 Next up was fun to do - a large Fluyt or merchantman. You will notice the lack of gun ports and the fact that this model has full sail and a different bowsprit to a man o' war. 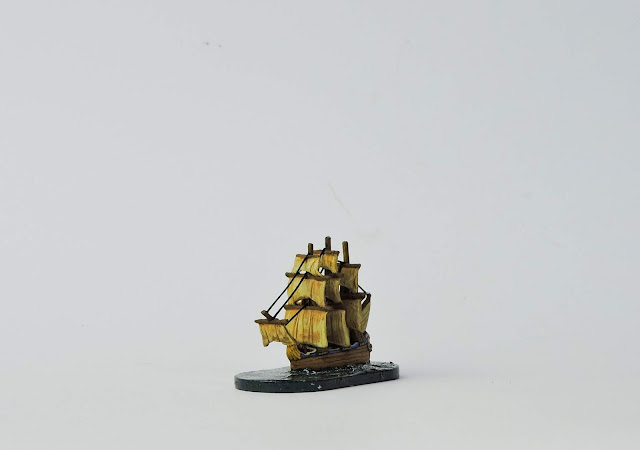 As yet unflagged, it is likely to be used as one of the capture merchantmen Slothany for example or Matthias. These ships served in the Royal Navy but were captured form the Dutch. 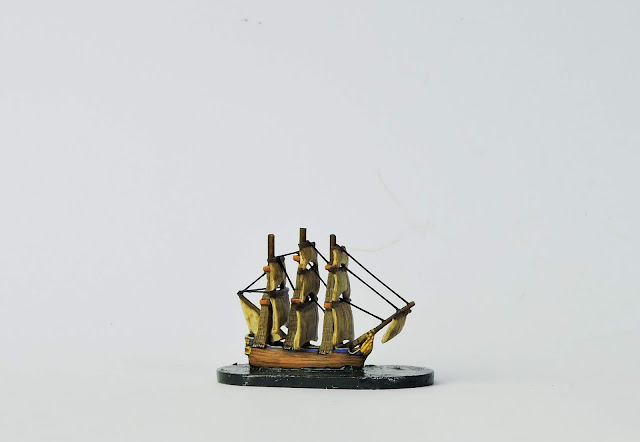