Character models are integral to the new rules. For cavalry these include Cornets who affect morale, Sergeants who affect fighting ability and trumpeters who affect movement. The Colonels and their personalities are a key feature of the rules.

I wanted a wide selection of characters for this very large unit and so painted extra senior officers together with four cornets.

This post focuses on a nice selection of senior officers and the Warfare Miniatures packs from which they originate.

This fine chap I had picked to be the Colonel of the regiment when used in its largest incarnation. He of course can be used to lead a smaller version or even a single squadron but for me, he definitely is 'The Man'. He is from code WLOA57 Enthusiastic Cavalry Command. I decided to paint him in light colours including his hat. Although the paint job took less than 30 minutes including the horse, he looks very fine in his prominent role leading the regiment.
The next choice of Colonel/Officer is from code WLOA44. This bewigged officer has a cuirass front plate only and was originally designed to fit the role of Danish Horse who followed this dress fashion. He has been given a light blue coat which may have been acquired privately.


The third senior officer is from WLOA50 and is bareheaded with a rather tremendous periwig flowing in the wind. As the arm is separate the choice I made in the outstretched sword arm. The pose is rather dramatic. 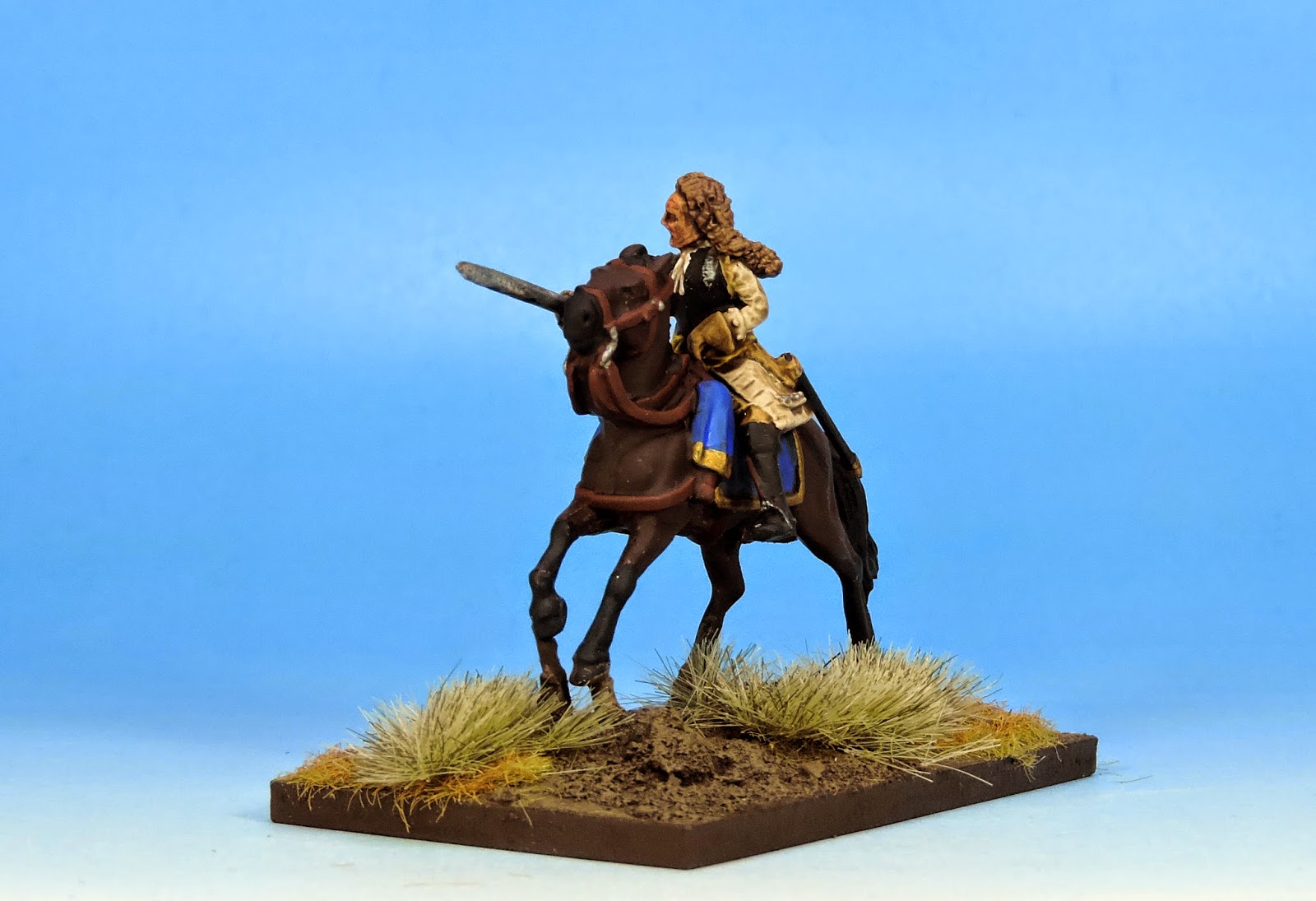 The last of the four is one of Warfare's most dramatic cavalry sculpts. It is Patrick Sarsfield from pack WLOA21. Although the original brief to the sculptor was create an Irish Hero on horseback he can be used for any officer in any army well into the 18th century. 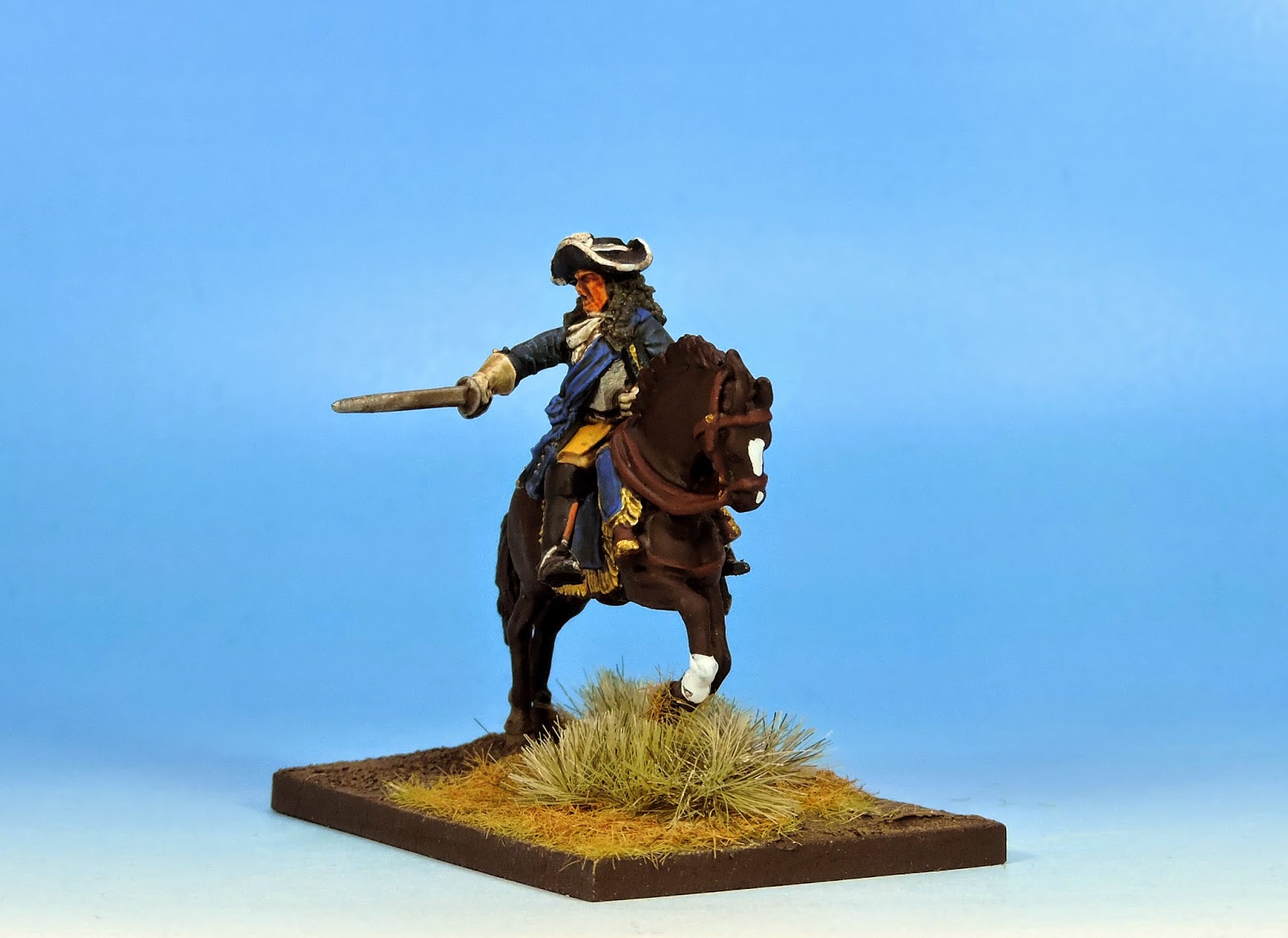 Colonels can have any of 16 different personality characteristics in the new rules and this adds colour, period flavour and unpredictability(in some cases!) to battlefield performance.