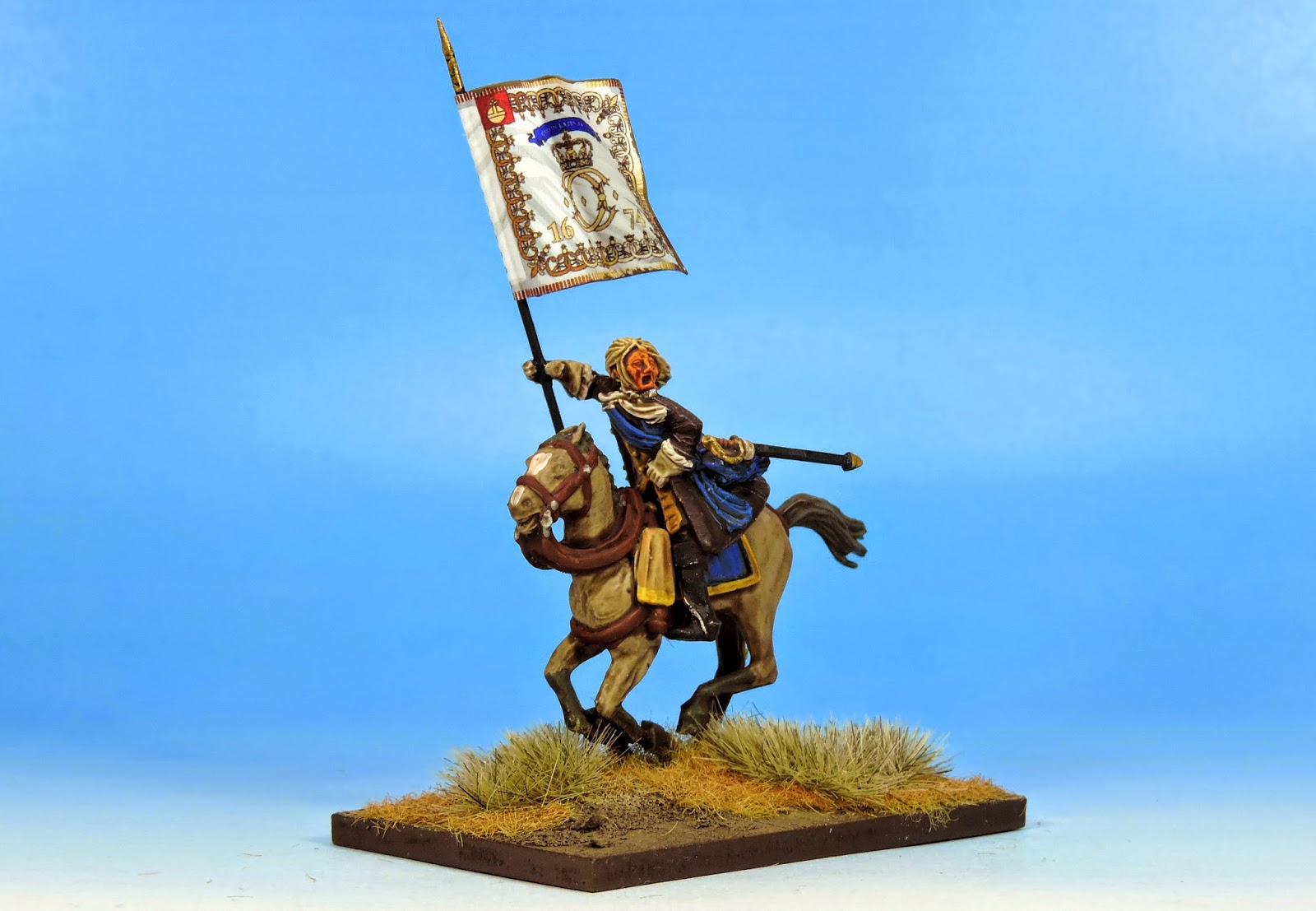 This post focuses on a nice selection of Cornet character models. Under the new rules each cavalry unit can include characters if the player wishes. One of the characters available is a Cornet or standard bearer.

Only one Cornet character can be taken per unit. He affects the unit's morale by permitting failed morale checks to be re taken.

My reason for producing a positive abundance of Cornets was to allow the unit to be broken down into 4  six model squadrons each carrying their own squadron standard. During this period often each 'troop' of 30 -50 riders carried their own standard so having several standard bearers on the table doesn't really cause any problems. 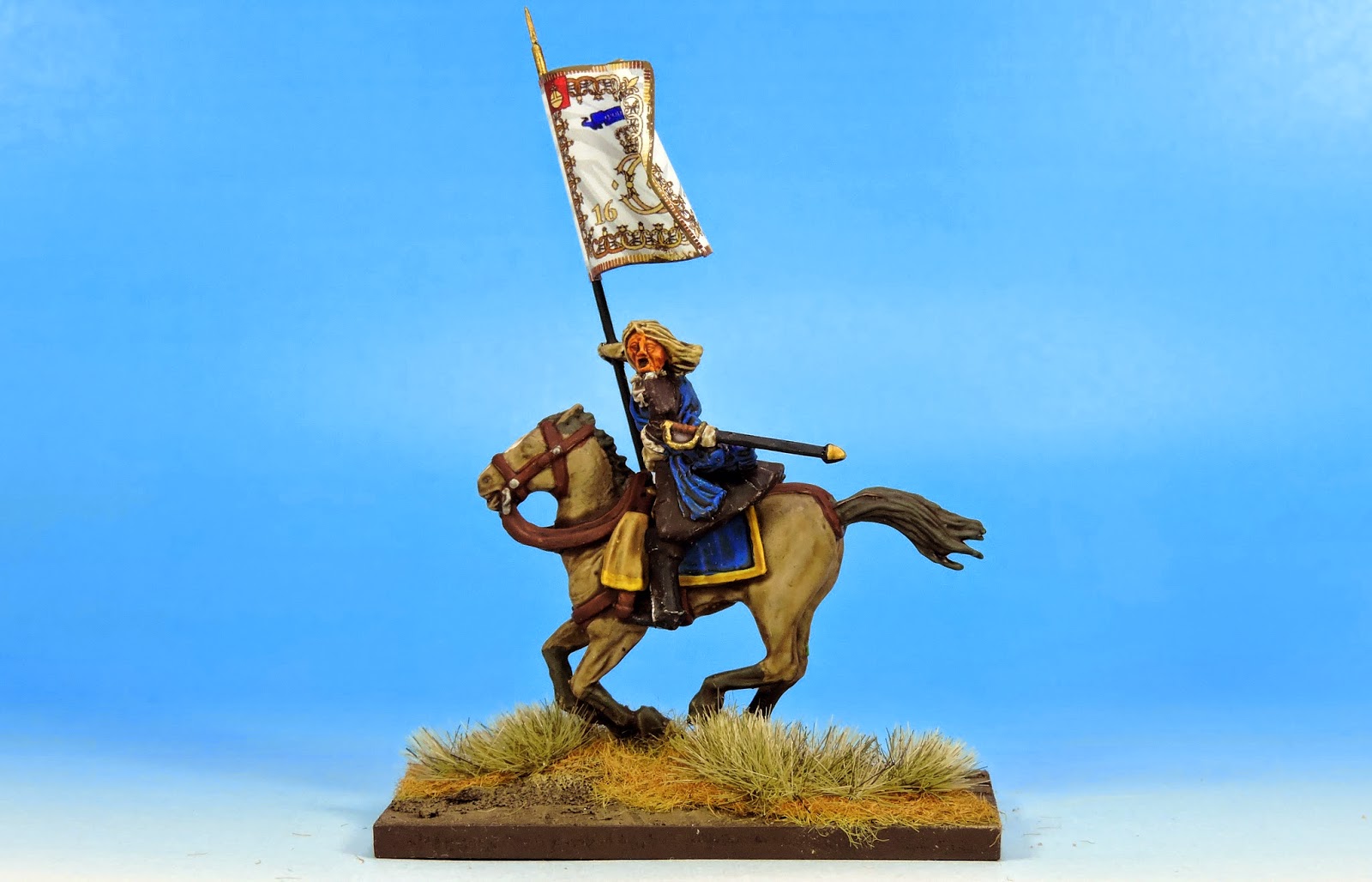 My first choice was the very dashing model from code WLOA57 Enthusiastic Cavalry Command. His clothes and hair are blowing in the wind and his sense of movement is palpable. 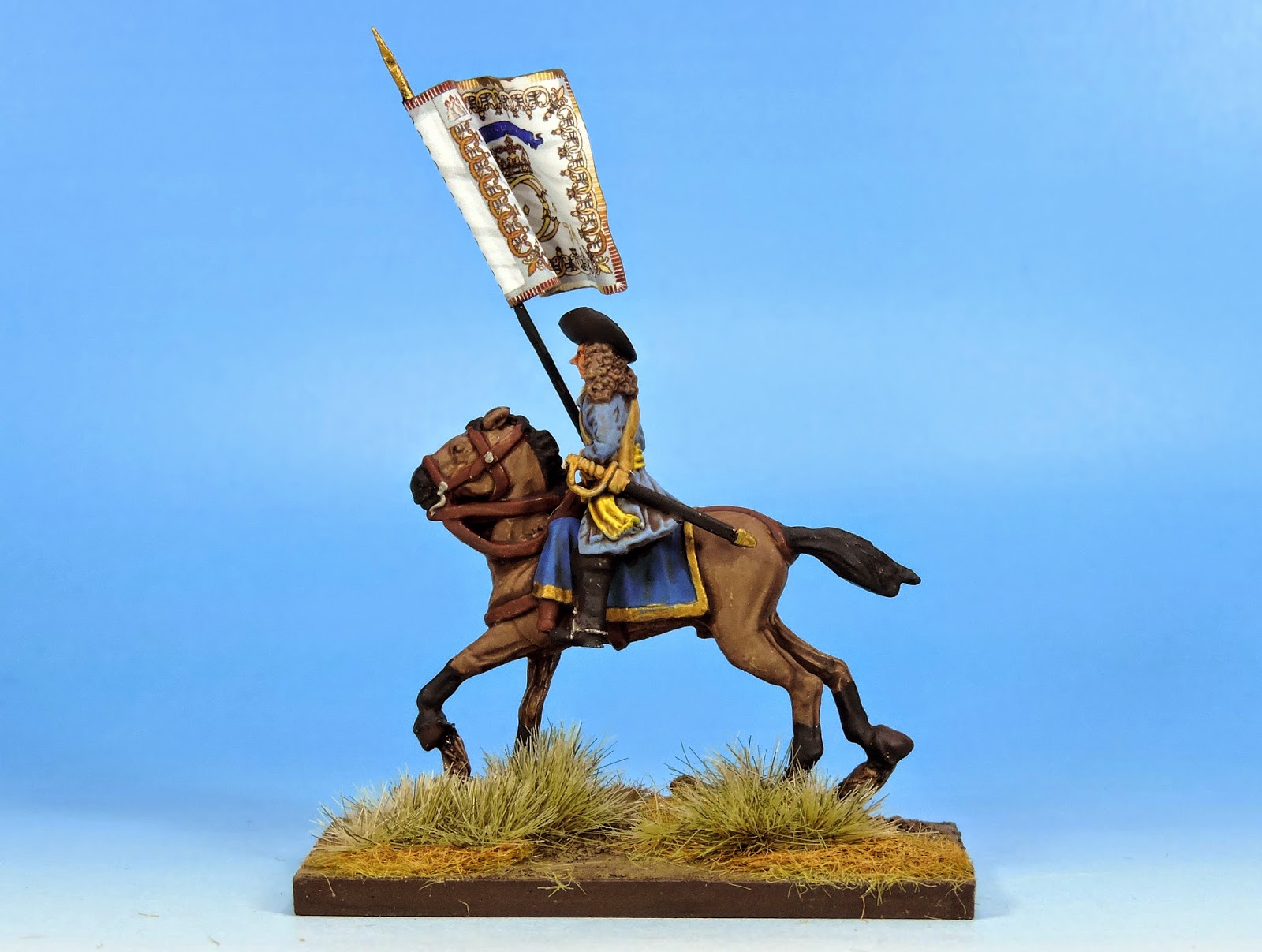 The second choice was the an oldie but goody. He is from the second most popular selling Warfare cavalry code and one of our first releases WLOA32. He is fairly conventional uniform with sash and rakishly positioned hat. 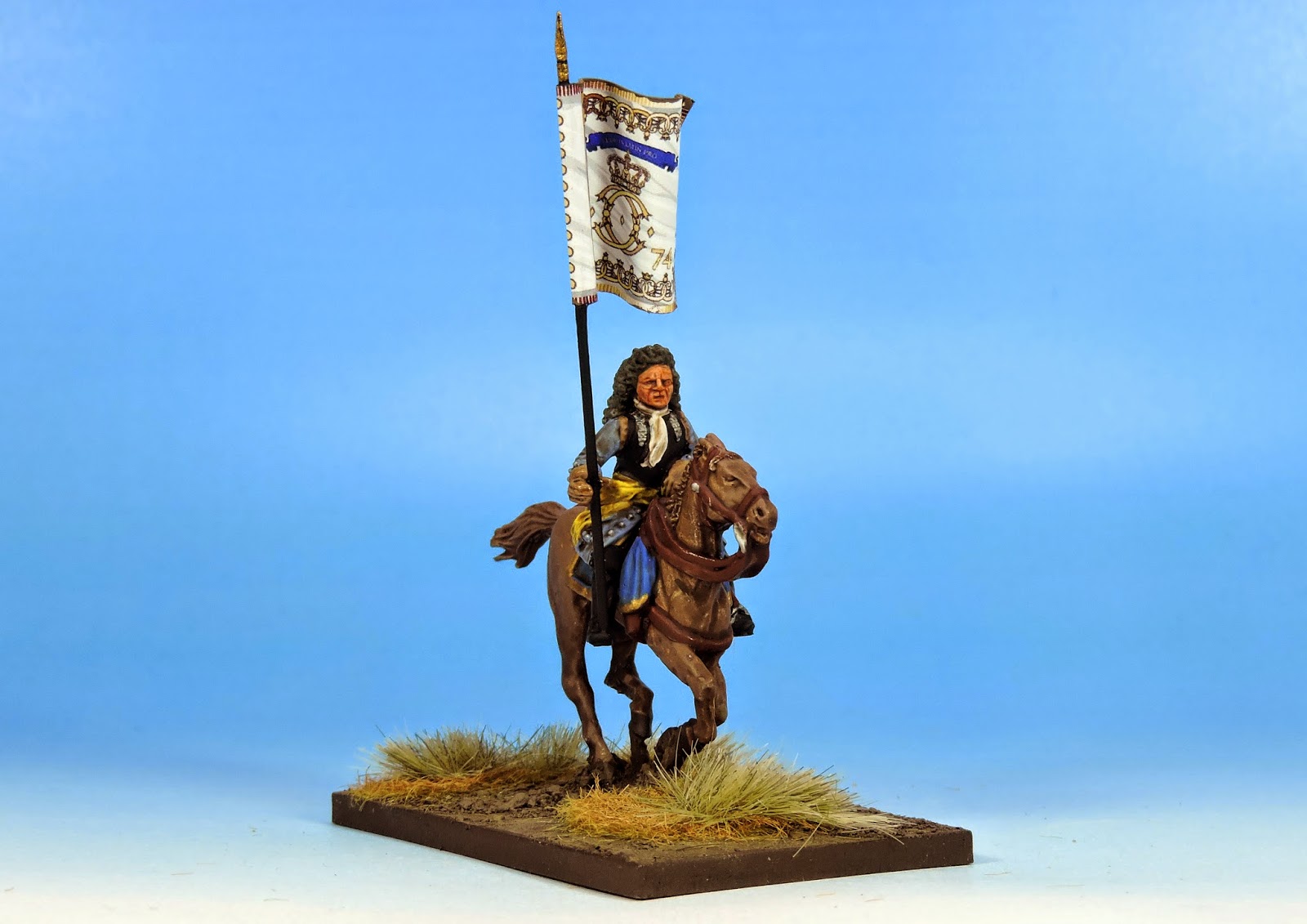 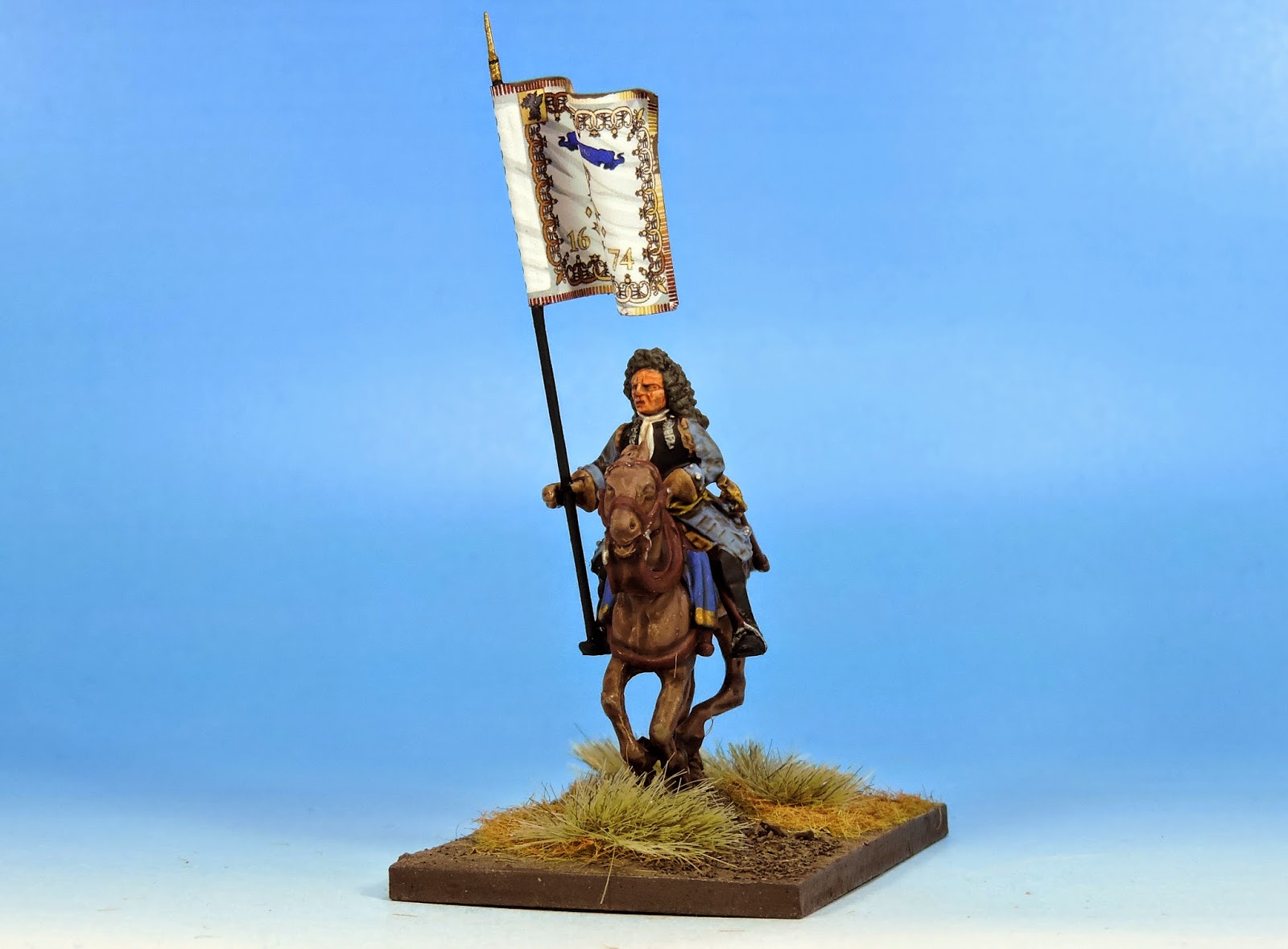 Number three is a bewigged and rather splendid looking chap from WLOA50. He is wearing a cuirass front plate only. 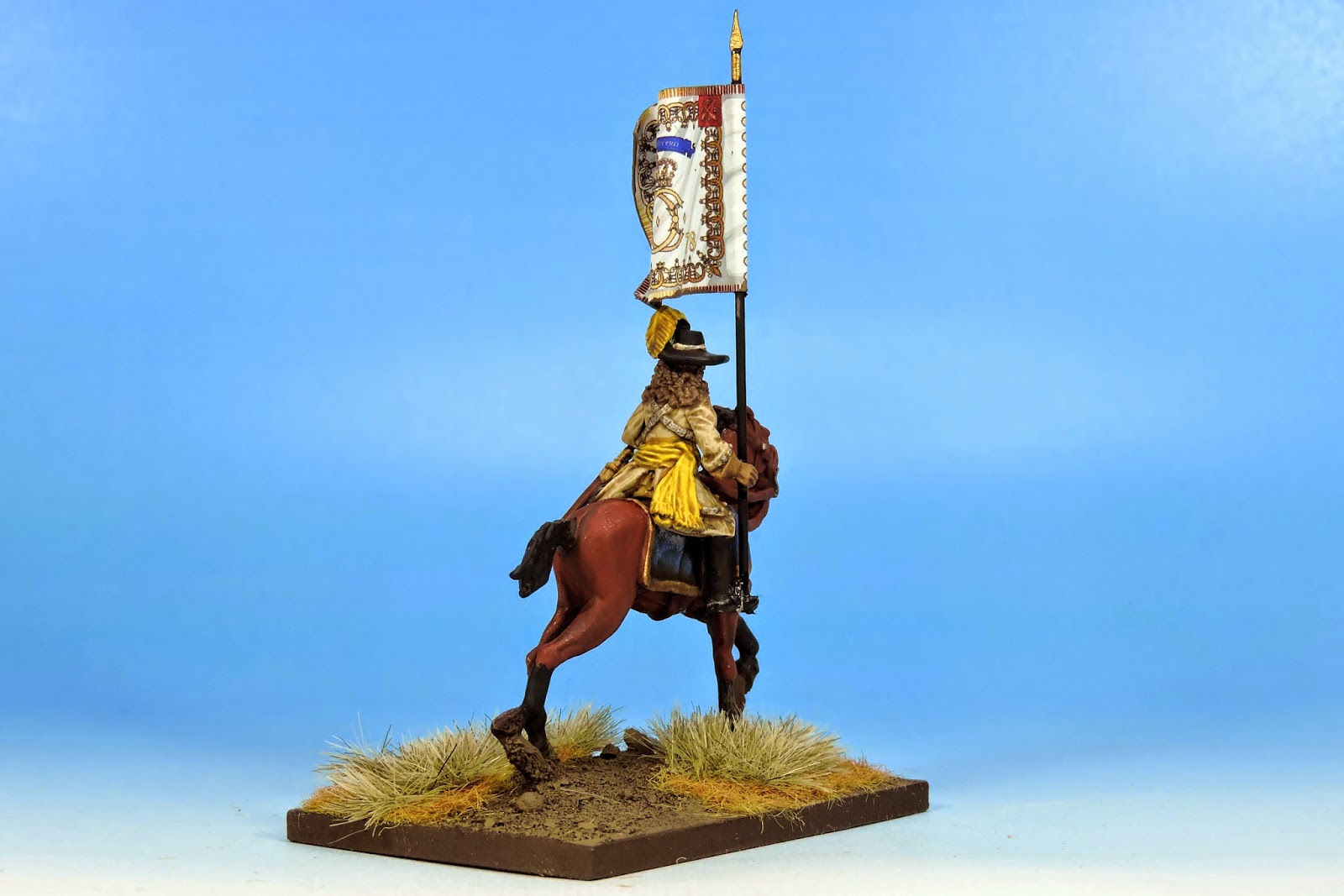 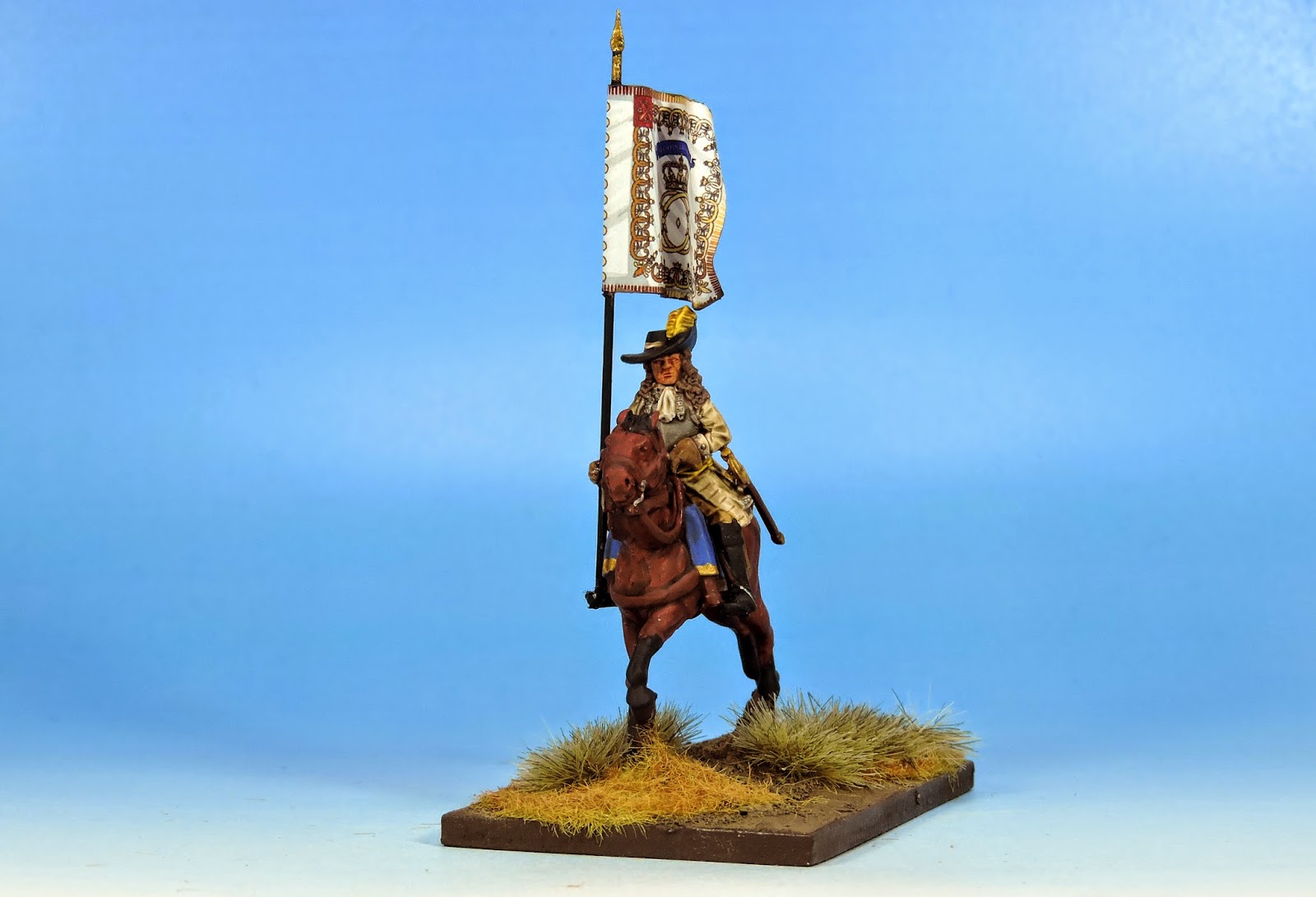 The final choice is also in only a front plate but this time with a hat. He is a well dressed gentleman from WLOA44 which is another popular selling code.

I am very pleased with the scope and versatility of the cavalry command options available. As senior officers and gentlemen often clothed themselves the scope for uniform colour and dress style is almost limitless.

Of course, all of the flags are available in the LoA shop!