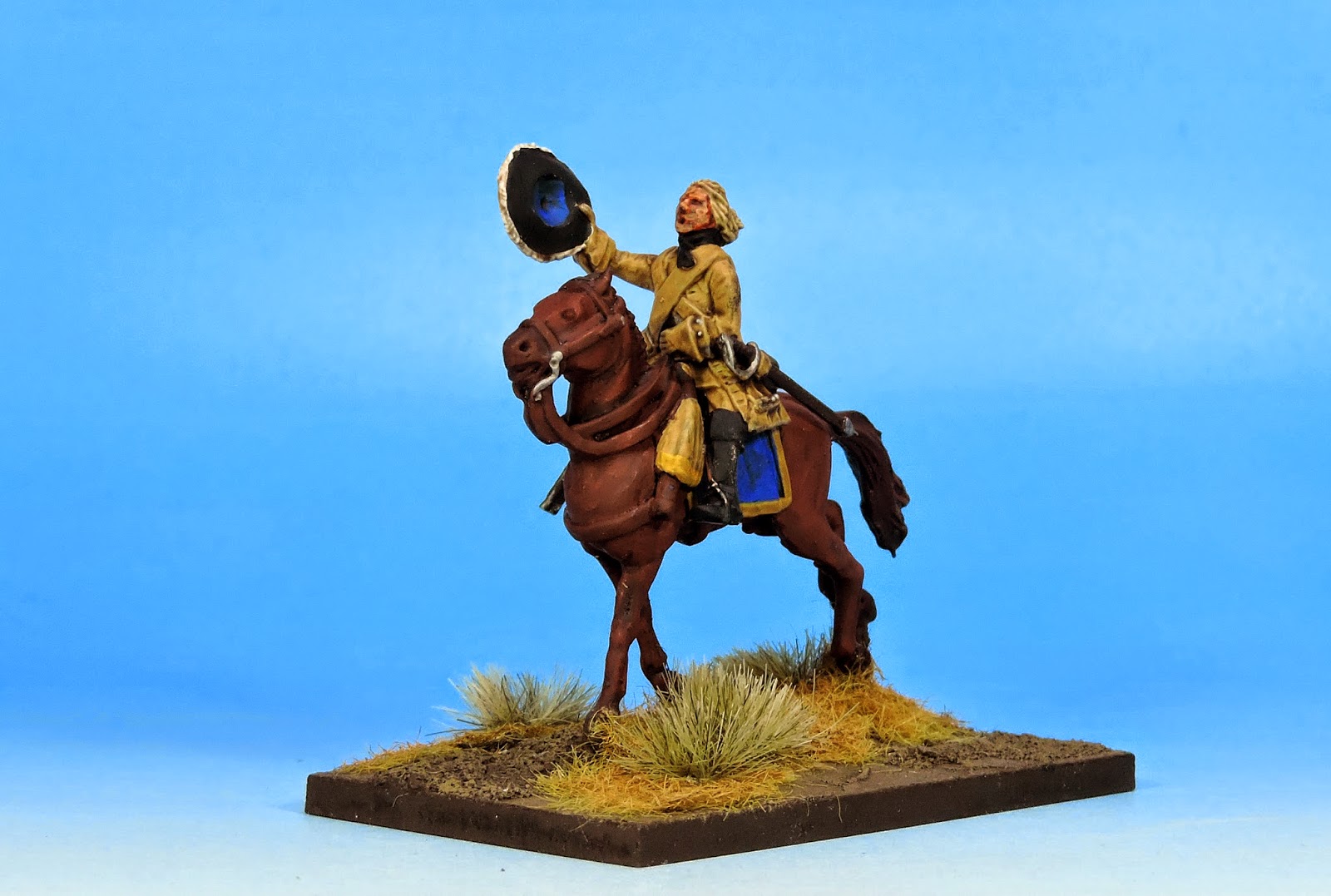 We are moving on to the final character models in the Swedish Life Guard regiment. Sergeant characters are a very useful addition to any unit. They allow failed combat 'to hit' rolls to be re thrown, one each per sergeant. I wanted to convey some authority and individuality through the sergeant models and so use models from code WLOA47. 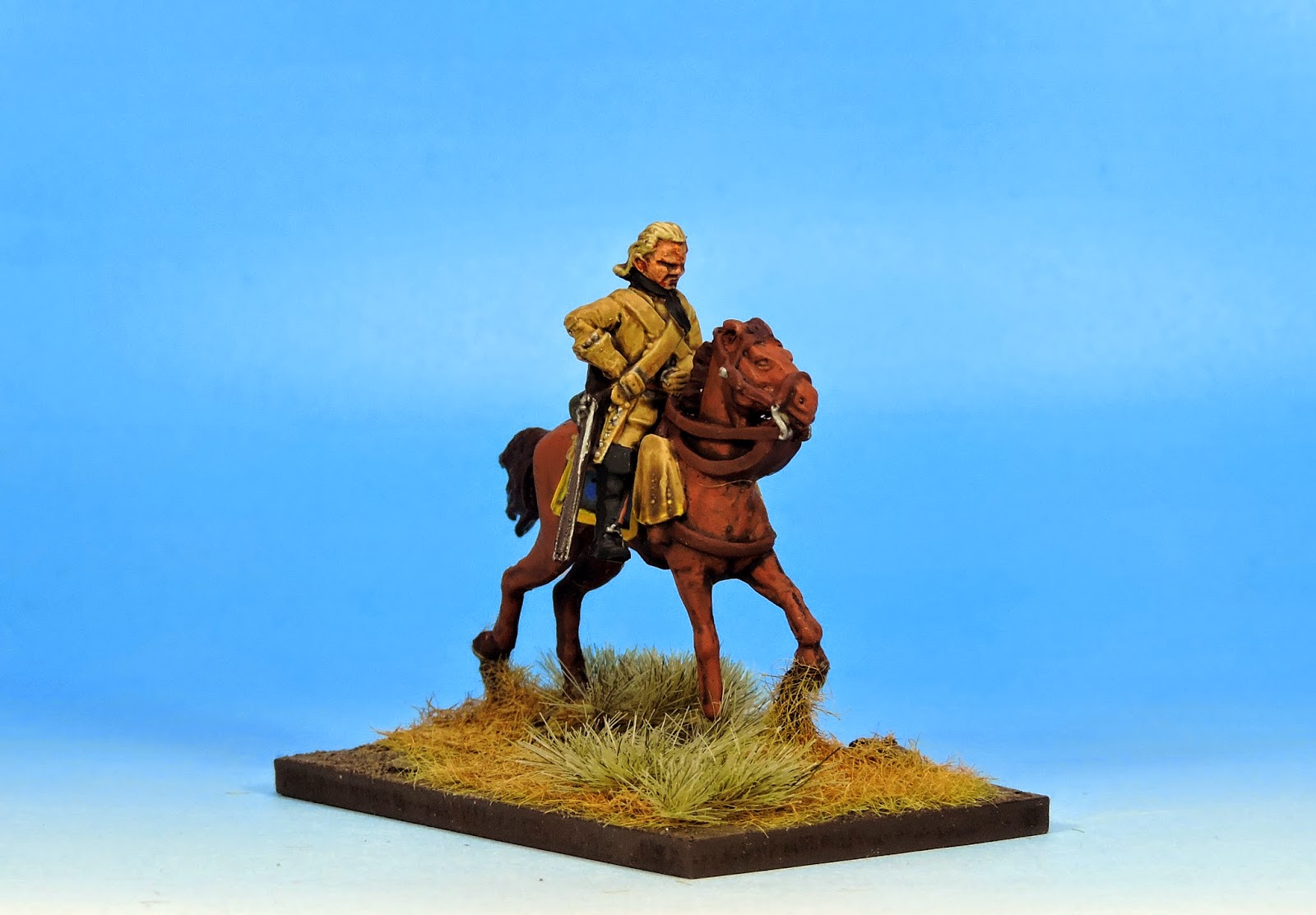 This code is bareheaded troopers with cuirass under topcoat. Although the models are troopers by the addition of officer right arms an interesting effect was achieved. The stern looking chap with the high forehead had the 'arm on hip' variant which makes him look very commanding and formidable. 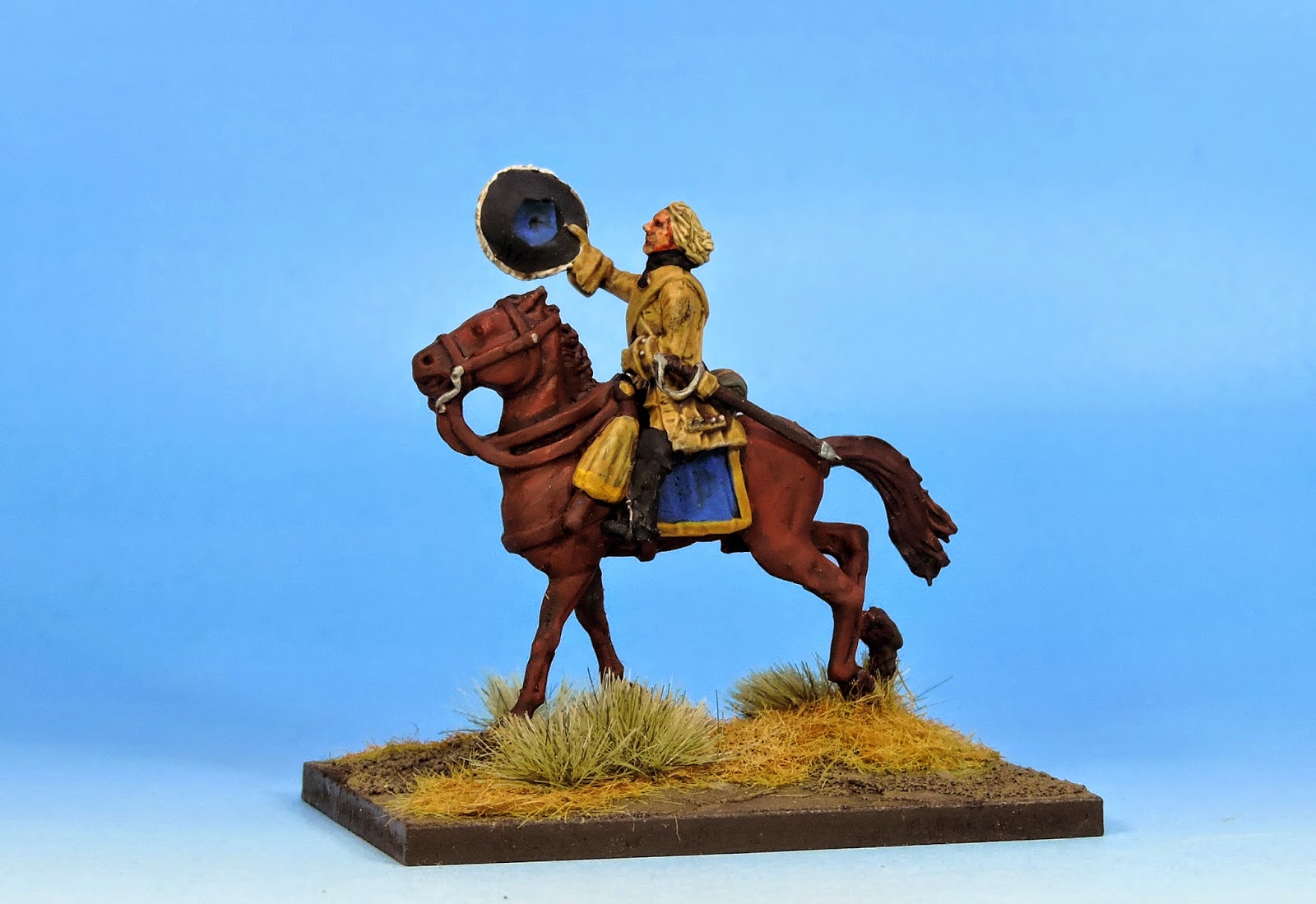 The second chap has the hat waving arm holding the wide brimmed and feathered hat. He has a dash of panache and seems to be genuinely encouraging the men to victory. Positioned at the rear of the regiment these sergeants look like the are dressing the lines, discouraging the unenthusiastic men and providing encouraging words to their men. 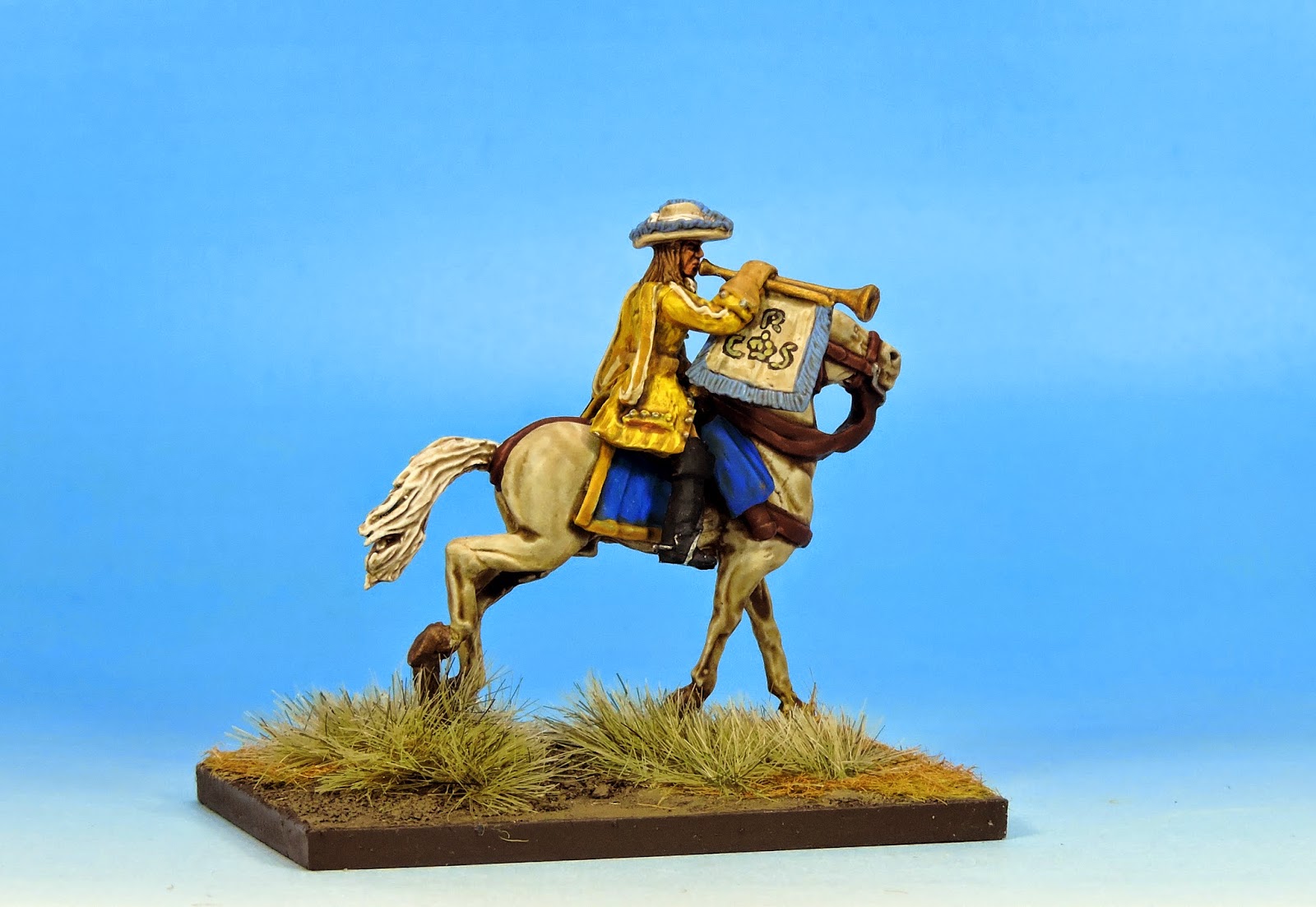 I wanted two trumpeters as the final characters in the Swedish Lifeguard. It is possible that during the period these men wore buff coats or perhaps even light blue. I chose a chamois yellow colour and fancied it up with off white lace and feathers. 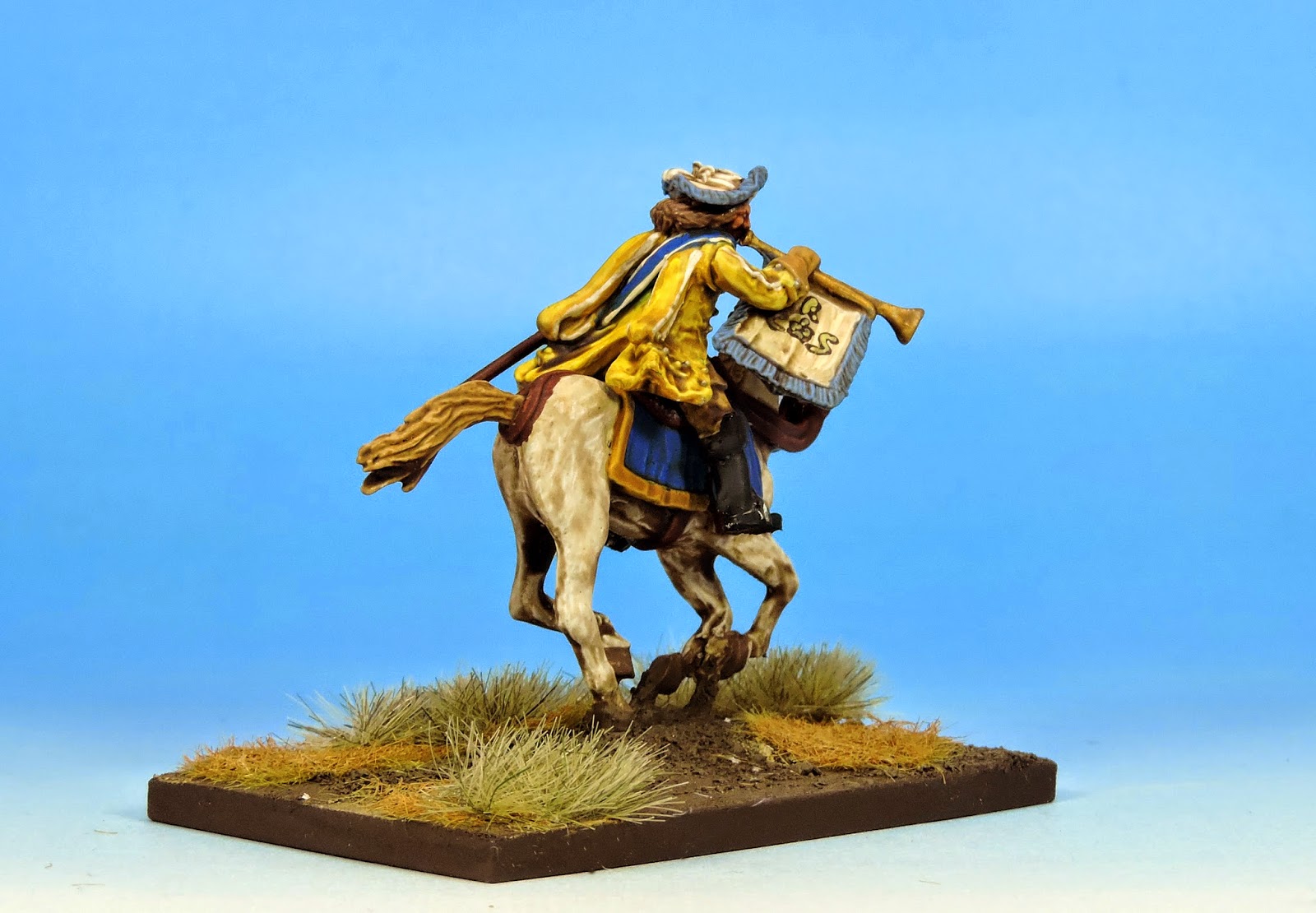