Battle of the Skull Mound 1677: The Scenario 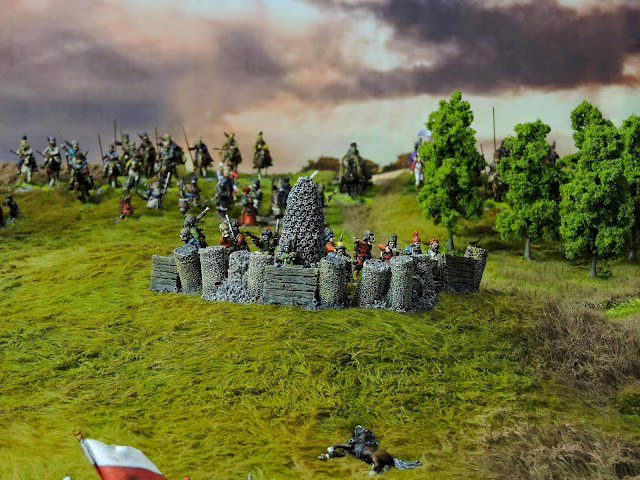 The Ottoman Empire, allied with Crimean Tatars is pushing north on the west bank of the great Dnieper river into the Ukranian territories. The first line of defence is offered by Cossacks on both sides of the river.

A strong Turkish force composed mainly of infantry has been given the objective of capturing a small Cossack settlement near an ancient Patzinak burial site known locally as Skull Mound. The Cossacks have fortified the village and built temporary defensive works atop the skull hill. A large combined force of infantry and cavalry is rushing to block the advance of the Turks and their Tatar allies........

We used the new GNW supplement rules for Eastern Wars and played a 21 turn game in around five hours.

The game was a nail biting, last man standing duel to the death which could have gone either way in almost every turn after T6. How we made it last for 21 turns you can find out in the second part of this blog series.
Share Share on Facebook Tweet Tweet on Twitter Pin it Pin on Pinterest
Back to The League of Augsburg