by Barry Hilton November 27, 2013
Barry Hilton - A few years back Steve Rimmer, stalwart of the now defunct General Accident (Perth) Wargames Club asked me if I'd help him out running a demonstration wargame at Perth Museum. I remember that Saturday morning very well. It is about 70 miles from my house to Perth. The weather was what we Scots describe as dreich. 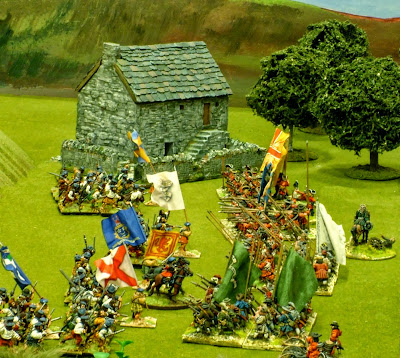 For those who want to improve their understanding of we Scots, let me give some further descriptive words associated with DREICH: black, bleak, cheerless, chill, cloudy, cold, comfortless, dark, depressing, depressive, dire, desolate, disconsolate, drear, dismal, and gloomy. We are a people who know how to get the maximum use out of a single word! This Perth morning offered sleety, horizontal rain, freezing wind and bone aching damp. That is why Scots are such cheery folk! 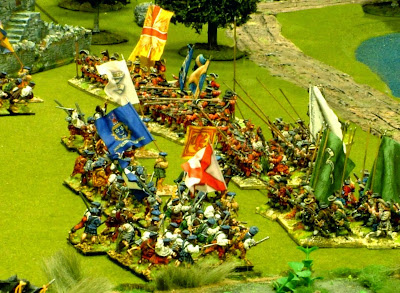 The museum was marble and cold and empty. The billing was: A wargaming representation of the famous Battle of Killiecrankie. This action saw a Williamite army of around 4,500 men cut to pieces by a force of Jacobite Clansmen and Irish soldiers. The Jacobites flew down a very steep hillside and into the static ranks of infantry. 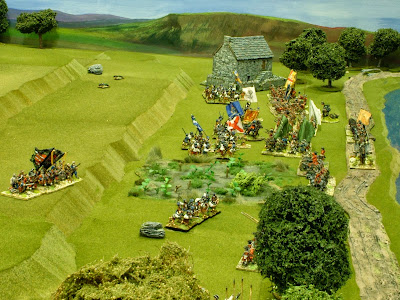 Either their ferocity or the instability of their enemy resulted in an almost total collapse. Much of the 'Highland Charge' mythology stems from this truly impressive deed. Whether it was accident or design will never be truly understood. 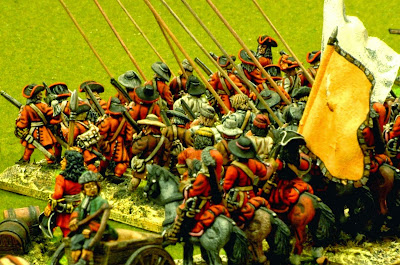 The leader of the Jacobites was a man immortalized in song and legend now... John Graham of Claverhouse... Bonnie Dundee or Bluidy Clavers depending on your point of view. He epitomises a true Jacobite hero... Protestant and fighting for a Catholic King. A man who like many of us, would have had to make decisions and sense of the mixed up world in which he lived. It proves that not all men made their choices on the basis of religion in an age when it to a greater extent than now, defined your fortune or lack of it. 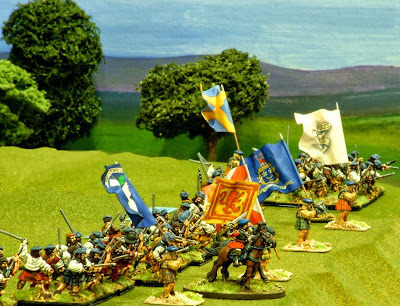 Anyway, enough of the philosophising, here you can see our game. Large units in order to make the clans seem more than a handful of models. The terrain was cobbled together at short notice and so the ground behind the Government Army lacks the drop to the River Garry which caused so many problems for the routing redcoats. I took these pix without the usual care and attention which goes into my photography but they give a nice idea of the set up. 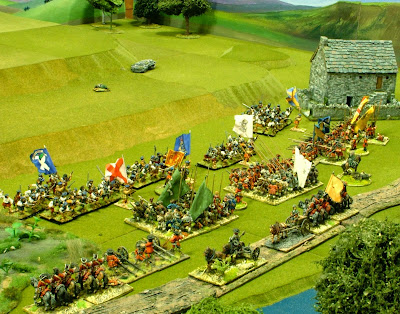