by Barry Hilton December 04, 2013
Barry Hilton - The League of Gentlemen Wargamers is a very nice group of friends who get together three times per year to play large games. In the style of the previous 'Battle Photo Features'  this post does not focus on the history of the battle of Malplaquet but on our refight which took place in Kirriemuir a couple of years back. We played it on an enormous table split between two adjoining rooms of our venue.
It involved 12 players and about 4,000 figures. Of course it does not have the hugely attractive aesthetics of a smaller table but the sheer scale of it is very impressive and we made a good job of dressing the TSS tiles. 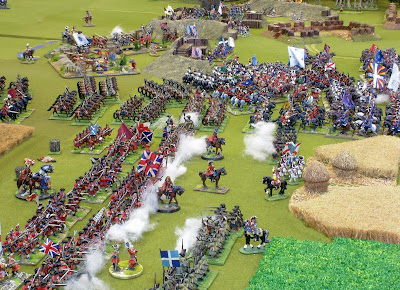 We used Beneath the Lily Banners 2nd Edition which is of course unsurprising. The game was an incident packed slugfest which we fought far longer than the actual battle in terms of game time. 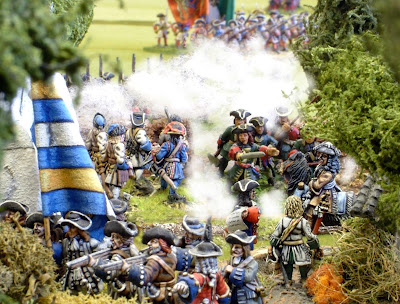 Marlborough was alas, unable to achieve what was accomplished in reality although that result was in itself costly and indecisive. The French were triumphant and I seem to remember the dream team containing Charles Grant, David Imrie, Bob Lauder, Dave O'Brien, Chris Henry, Dale Smith and myself. 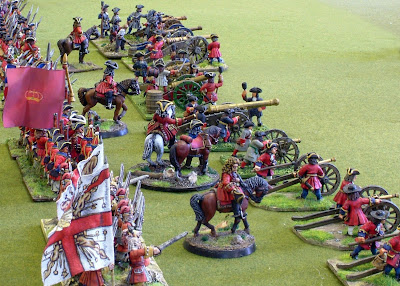 The losers shall not remain anonymous and I recall Adrian Howe, Colin Jack, Peter Nicholson, Andrew Nicholson, Kevin Calder, Roger Donaldson and Angus Konstam at least being present although there may have been other serial underachievers lurking at the back of the class. 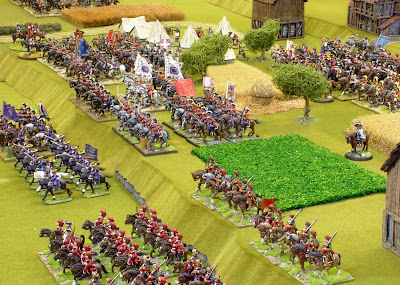 I was heavily engaged in holding back the tide on the extreme left of the French position. My opponent was Peter N supported by Colin and to my right I watched the mad German Adrian Howe burn up 12 brigade commanders all in a 2 foot square tile. David Imrie DID laugh a lot that day! 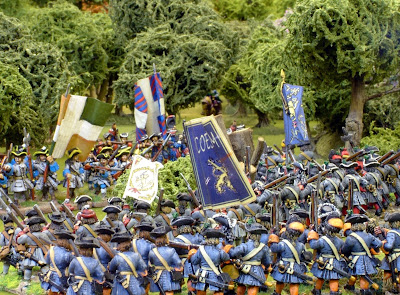 The game was played as always with a monster portion of good natured banter and plenty of gentlemanly politeness. These photos are a nice remembrance of a very large and complete refight played out to the end and a decisive conclusion. 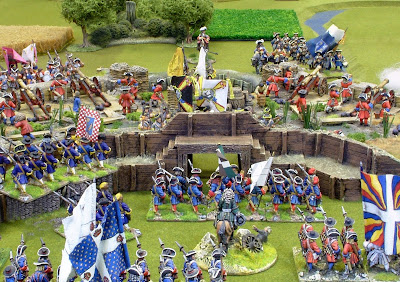 As always, I hope you enjoy! 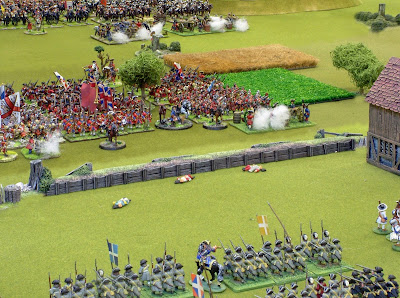 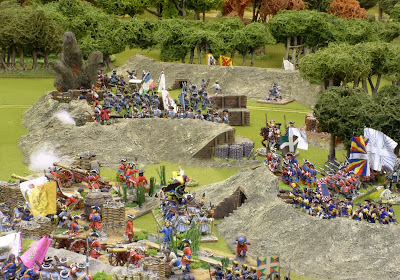 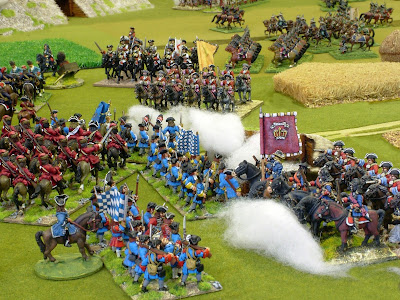