Barry Hilton - I took a car journey to Walcourt about 7 years ago and was very surprised by the terrain in the area. Walcourt is near Charleroi in south Belgium and the approach from the north was through a deep gorge as far as I can remember. I couldn't reconcile the terrain with things I had read about the battle. The town is built on a slope climbing out of the gorge towards a plateau to the south of the town. This is where I believe the action took place.


Here are some pictures of the Walcourt game we displayed at Partizan in 2010 or 2011(can't quite remember when). The game also featured heavily in Warlord's Pike & Shot supplement to Black Powder. We ran it again at John Stallard's house and I took plenty of shots some of which we present here for your pleasure. 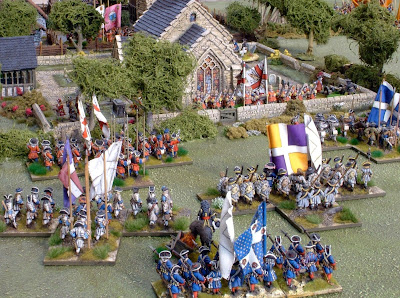 Our game was representational and not a truly accurate recreation of the battle. For those unfamiliar with Walcourt it stands out as the only Allied victory in Flanders of any significance until Namur fell in 1695. British infantry distinguished itself in an evolving battle which had several distinct phases. 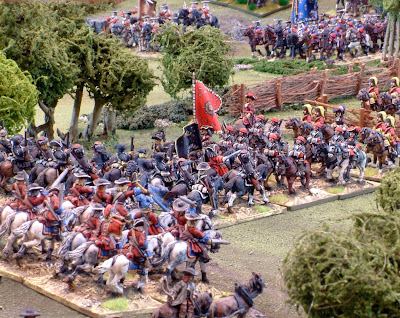 Almost all of the units are from my own collection as at this phase in the LoA development Bob, Dave, Adrian and others were just beginning to turn out significant numbers of figures. There are a mix of Dixon, Foundry, Essex, Reiver and a few Stratagem models with Warfare Miniatures regiments beginning to creep in here and there. 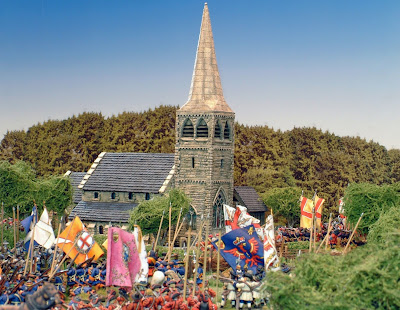 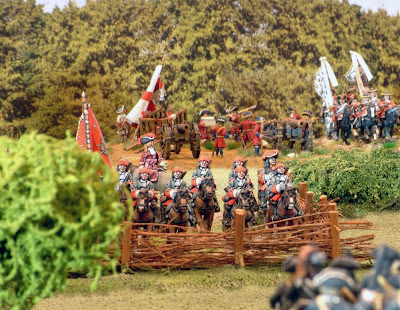 I was very pleased with the way these shots came out. They are only 'posed' to a minimal extent and most were take during the actual game at John's house or at Partizan in the grimly and dimly lit main hall of the Kelham venue. 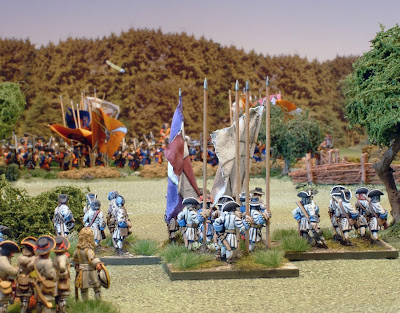 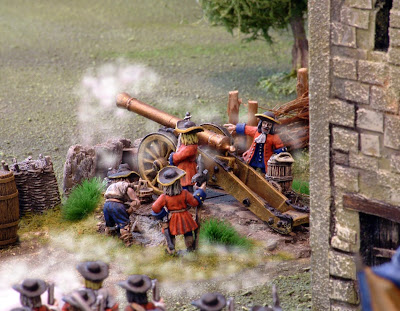 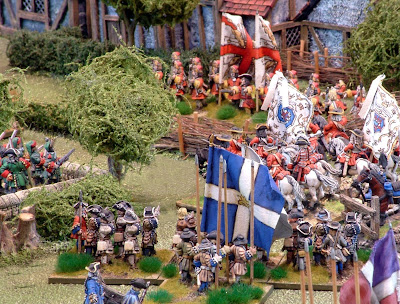