by Barry Hilton October 10, 2013
We are just about to embark on our latest BLB gaming weekender in Derby, England. The format for this season's action differs from that used on previous events. Where, in the past we have run one huge game over two days, this time we are going to provide players with as broad a taste of the period 1690 - 1720 as possible.

We are using four distinct theatres: Scotland 1689, Ireland 1691, Flanders 1693 and Lithuania 1703. Each game pits quite different armies against each other in a historical context. In Scotland the Jacobites will face a Williamite force. In Ireland the old King's Army will face the new King's Army. In Flanders Marshal Luxembourg will face William III and in Lithuania the Swedes will meet August the Strong of Poland-Saxony. 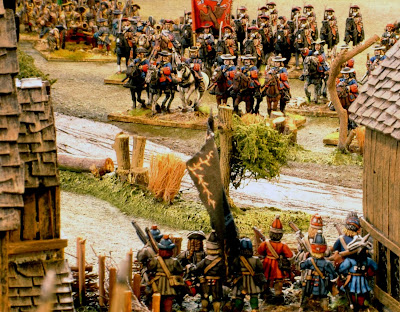 I don't want to give too much away but players will rotate through each theatre partnering with and facing different opponents each time. Some of my treasured units are coming out of retirement for this gig so the camera will be clicking furiously over the full two days of gaming. 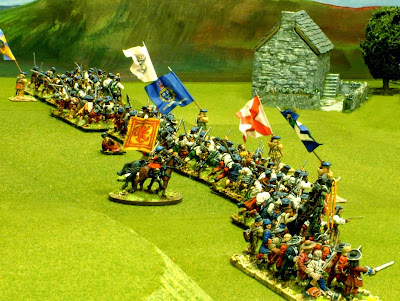 We are even going to have some 'non production' Warfare Miniatures gracing the table and I'll do a short feature on that later this week too. 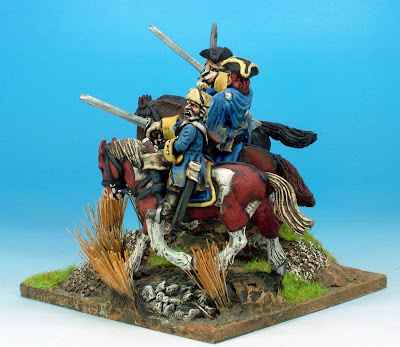