BLB - The War of Three Kings

by Clarence Harrison January 09, 2017
Clarence Harrison - Happy New Year! A little late, but I haven't been on the LoA blog to share the sentiment yet so there you go. Last weekend the east coast was hit with blizzard like conditions - novel for those of you who live in colder climes, but here in Chesapeake, VA such weather is rare and it shuts down the city. 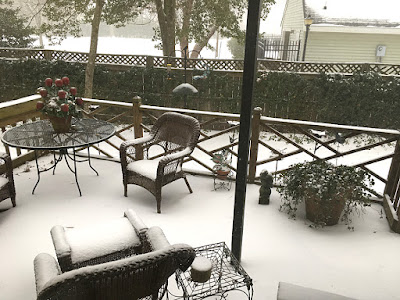 So I took an extra day off for a three day weekend, laid in provisions, and buttoned up in Quinda Manor to spend the days at my computer working on Beneath the Lily Banners - The War of Three Kings.

We've talked about this project a couple of times, reporting on playtests and the like, but I thought I'd take the opportunity to give you a glimpse of the direction we're heading.

So then, this is BLB3? Well, sort of - let me explain. At Historicon last year, we had the chance to run seven games back to back and really got a handle on things we might to to improve the game. Playtesting started in the hotel! 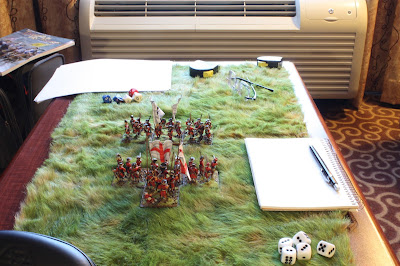 I think Barry had the entire thing rewritten by the end of plane ride home. Gaming with the revised rules over the next few months revealed a few things that needed tweaking, but overall that initial work was solid. This isn't simply a rehash of the earlier editions - the core rules are completely different, but every effort was made to make sure the outcome had a similar feel to early editions (unless we felt an outcome needed updating). The mechanics owe a lot to Donnybrook, using different polyhedral dice to represent different troop levels - d6 for recruits, d8 for drilled, and d10 for veterans.

The second thing we've done is make Beneath the Lily Banner - The War of Three Kings targeted narrowly on 1689-1692 and the war in Ireland. This again allowed us to streamline the rules. For instance, there is only one unit in the Irish campaign worthy of the title of Guards - the Garde te Voet! 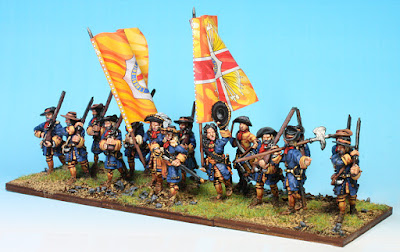 There was no reason to have Guard modifiers muddying up the charts when they only apply to one unit. The rules for Guards are there, but they are in the appendix where they are easy to find when you need them. There are no rules for lancers or Swedish charges. There are no photos of the Maison du Roi (shame that). There ARE amendments to allow for different pike to shot ratios, variable sized units, and a simple 'point' system (gasp).

Now, you will still be able to use these rules for 1660-1720 for most engagements. If your battle includes Cossacks or something similar, you may need to tweak a few things for house rules (but I usually do this with ANY rule set so that wouldn't deter me). The plan is to produce two more core books, one for Flanders and one for the GNW. These will include the core rules, but focus on what makes these theaters unique. Smaller supplements, maybe PDF only, will expand on these core sets to cover things like the Jacobite War in Scotland, King William's War, etc.

Enough blathering, Harrison - Show us something! 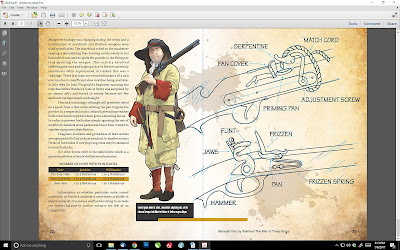 When I started this post, I intended to show three or four sections, but I realized the photos are all place holders. I'll add a couple more previews once the final pics are in. I am making a serious effort to include much more artwork in this book. I'm also looking forward to contributing to the photography since 1689-92 is the focus of my collection! Most of the design parameters are set down now and it will be relatively quick to block in the rest of the chapters (three finished so far). I am hopeful we have this ready by Spring 2017...