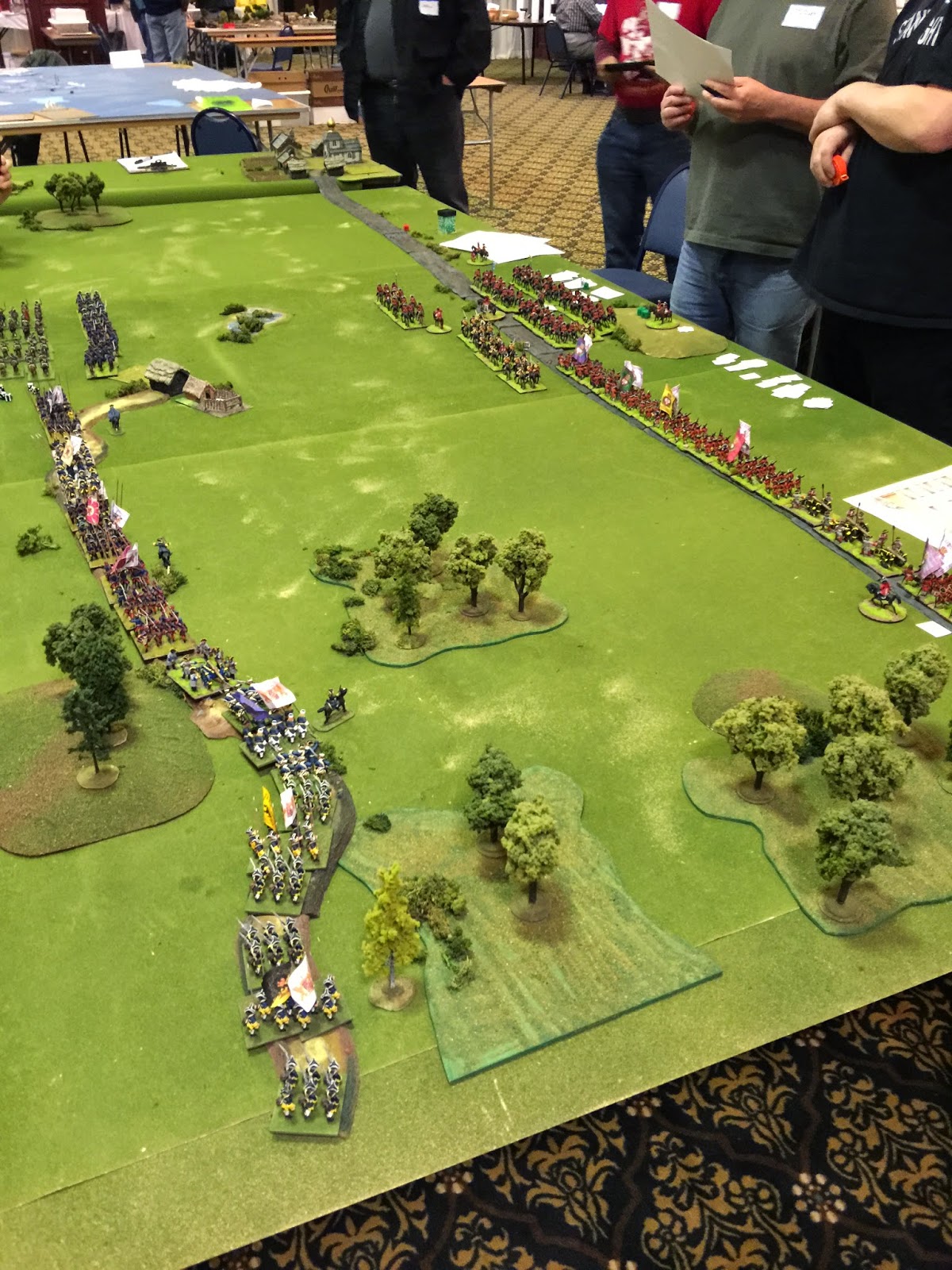 Dannie walks us through BLB and WARFARE MINIATURES debut at SYWARCON, IN. Nice pix too!
The Seven Years War Convention has been held for the past 32 years in South Bend, Indiana.  Despite its name, it is really dedicated to the period 1700 to 1783, or the "Tricorne" period.  This year there were about 100 attendees.  The main events were on Friday and Saturday. 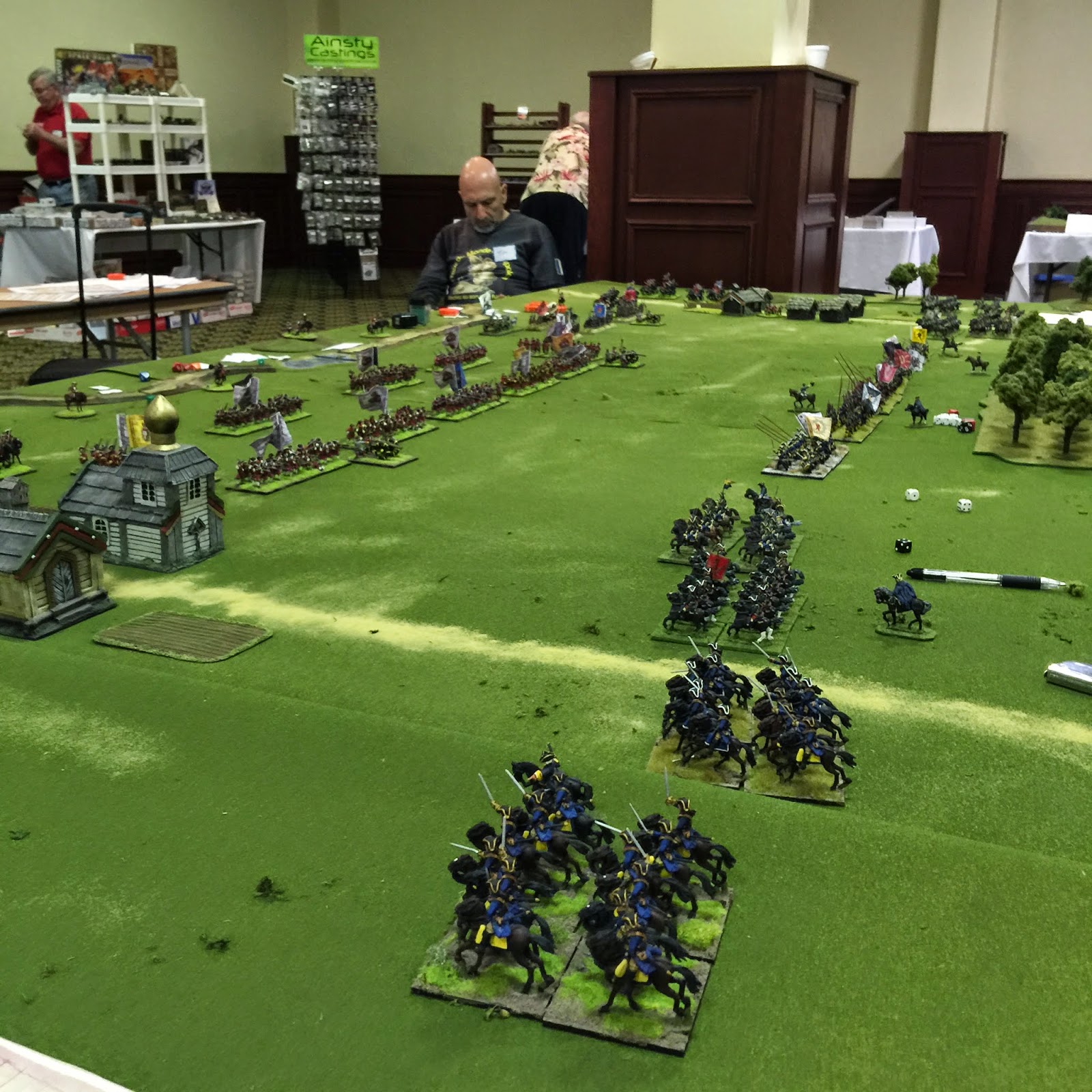 This year we decided to run a couple of Great Northern War games, using BLB2 to feature both the game and WARFARE miniatures.  We had 10 battalions and 19 BLB squadrons of Saxons and some guns, all from WARFARE.  We only had three WARFARE  Swedish battalions and four squadrons of cavalry, so they were supplemented with figures from other ranges.
The first game was an encounter fight.  The scenario was that the Saxons were trying escape from Poland but were caught by the Swedes.  Most of the players had not played BLB before, so we spent a bit of time mulling over the rules and frequently misinterpreting them!  Everyone enjoyed them, though, as evidenced by the fact that of the eight players, five joined in the following day, and the others were committed to putting on another game.  The Swedish cavalry swept away their Saxon counterparts and most of the Swedish infantry was not engaged. 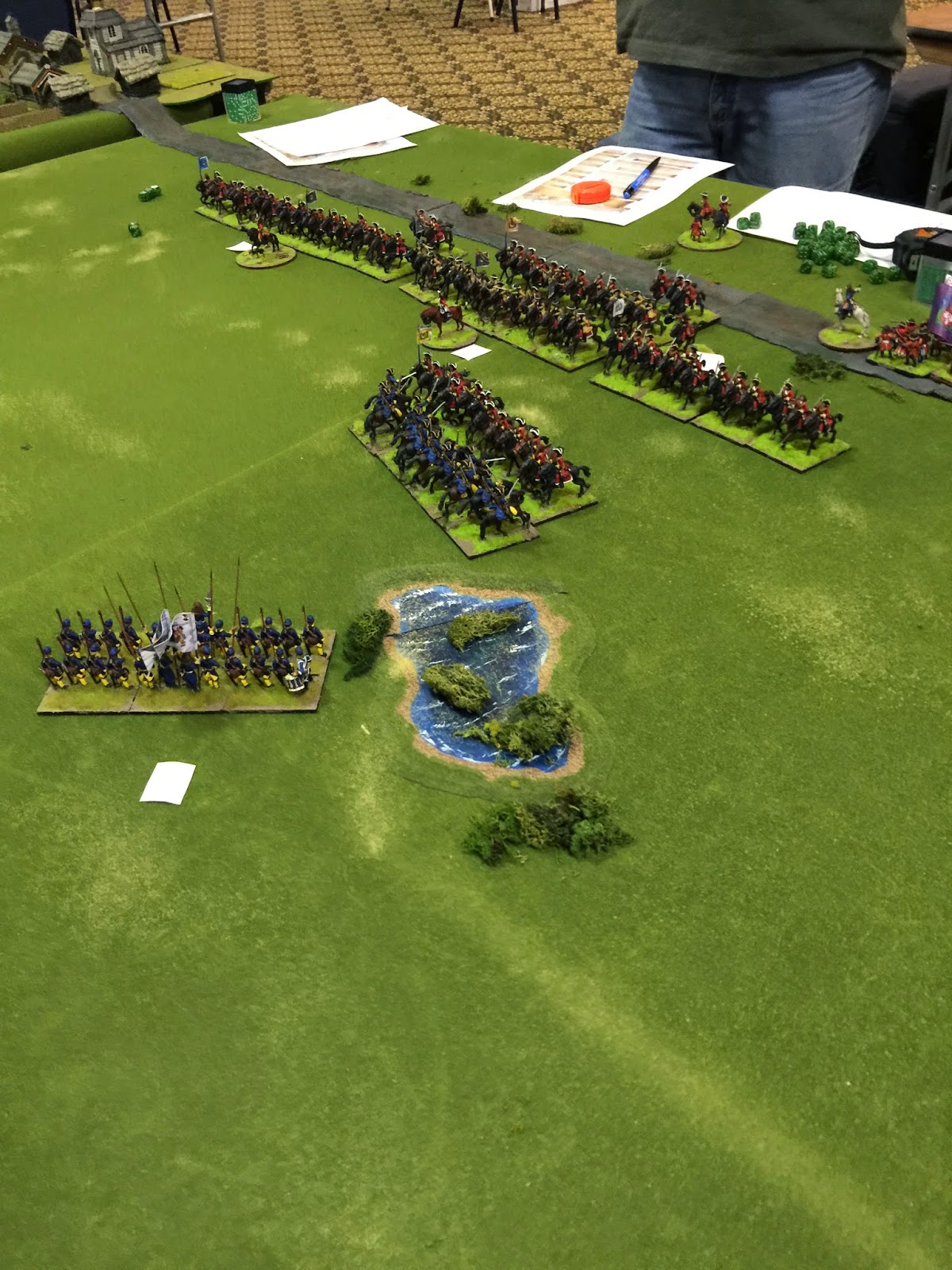 The next day was based on Fraustadt.  For this we added four Russian SYW battalions and reduced the number of Swedish battalions to six.  The Swedes had 16 squadrons to 19 Saxons.  The Saxons had three guns and the Swedes none.
The battle went much as the real thing.  The Swedish cavalry easily defeated the Saxons on the wings, the Russians ran away at first contact by a charge by two Swedish battalions, and the four Swedish battalions who attacked the ten Saxon battalions suffered heavy casualties before the Saxon army gave up.  Other than the weakened Saxon infantry,  only two Saxon dragoon squadrons remained on the field and all the Russians were gone.