by David O'Brien July 15, 2013
David O'Brien - This is a scenario for Donnybrook and although I have set this around the area of Tangiers in the 1689's it could easily be transported to Spain, Italy, Belgium, Bavaria or Ireland. The rules are not yet available (though they will be soon), but you could easily run this with any skirmish set.

Following on from the recent attacks on Fort Henrietta and destruction of the walls by Moorish artillery the Governor, Colonel Percy Kirke has decided to launch a surprise attack against the bridge across the gorge at the village of Tufik. Having counter attacked and destroyed the Moorish artillery outside the walls of Henrietta the main route for any new guns has to cross over that bridge otherwise it involves a huge diversion of many weeks marching. The destruction of the bridge would be a major headache for the Moors and would also undermine the influence of Ismail Ibn Sharif the Sultan of Fez so a small volunteer force has been dispatched overnight to surprise the guards and blow the bridge. 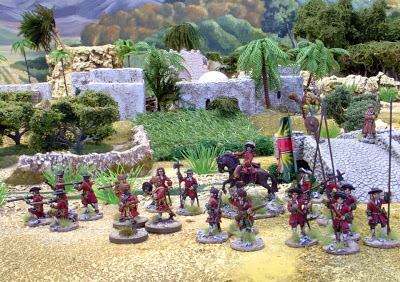 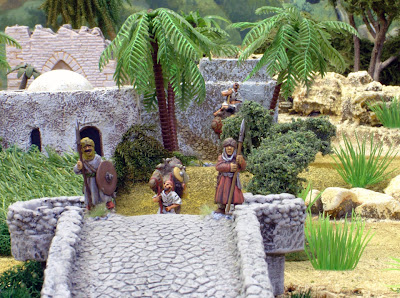