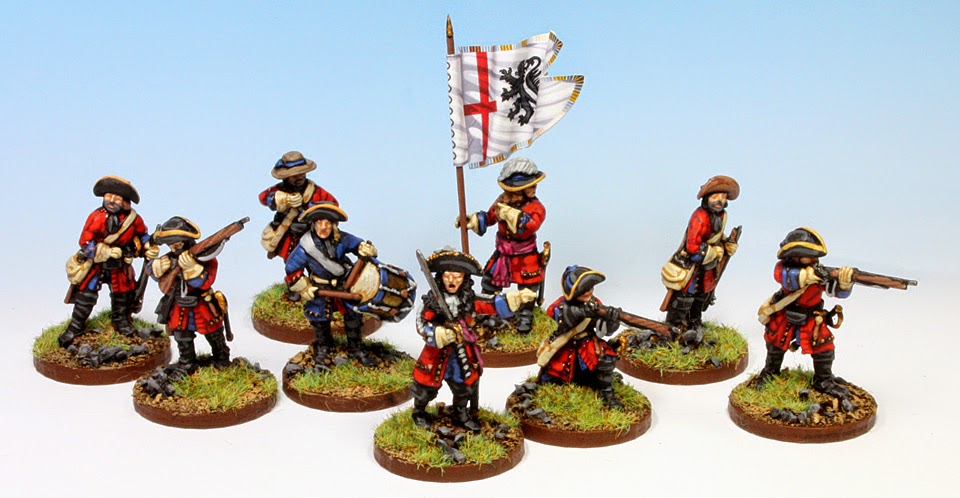 I realized while cleaning up that one of the little buggers is camera shy. There are actually ten models in this unit! Later this year Warfare will release mounted dragoons and horse holder sets and I will revisit both of my dragoon units to add mounted versions. I think I am going to mount them individually as well and just add squadron movement trays so I can use them for Donnybrook.
Share Share on Facebook Tweet Tweet on Twitter Pin it Pin on Pinterest
Back to The League of Augsburg