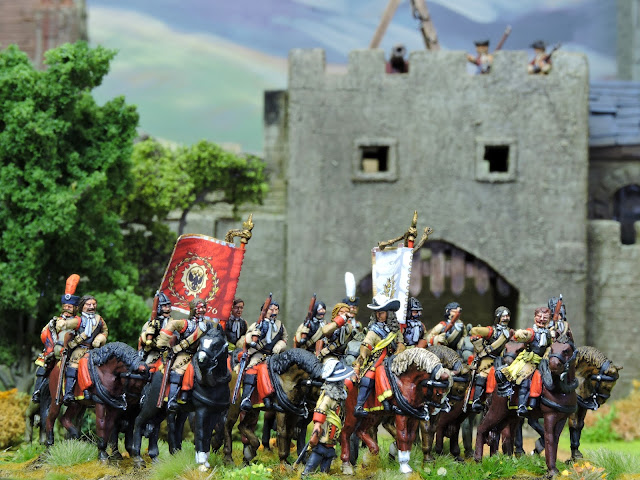 Why would you not want to build the army that consistently contributed to the defence of Christian Europe and to facing down Christian Europe's most powerful Catholic monarch? 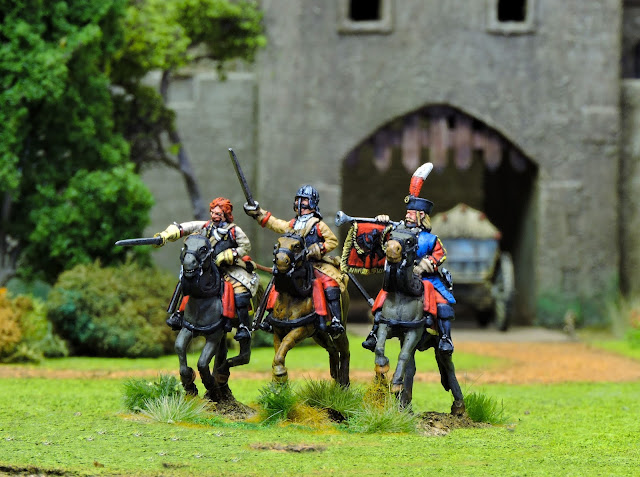 The Austrians/Habsburgs/Holy Roman Empire/Imperialist Army is the Janus of continental Europe - looking both South and North(west) at once. 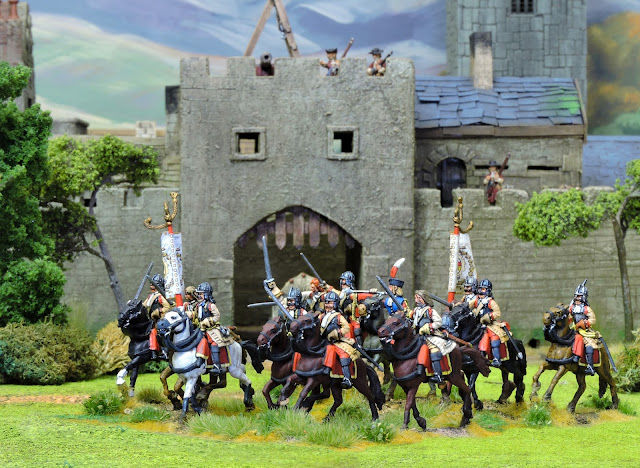 For some reasons I always think the Austrians don't get a fair kick at the ball. Overshadowed in their wars with the Turks by the ever so romantic and dramatic Poles (The Bill Nighys to Daniel Craig) and in their consistent and long struggle to keep Louis 'King of the Swingers' in check they stand in the chorus line whilst Johnny 'It's all about me' Churchill takes all the curtain calls. 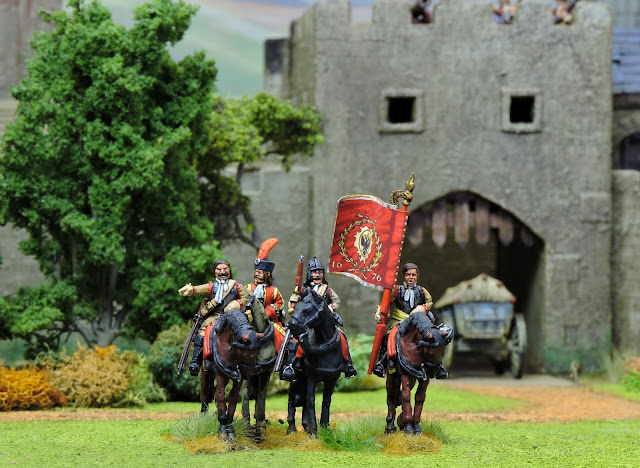 In the Napoleonic era it happens again and in WW1 same story - The Kaiser is getting all the stage time. Any army with less backbone would have given up but, the stoic Austrians just hang on in there like they did in every war. Even in wargaming collections they lose out to the cooler uniformed.. well, everybody. 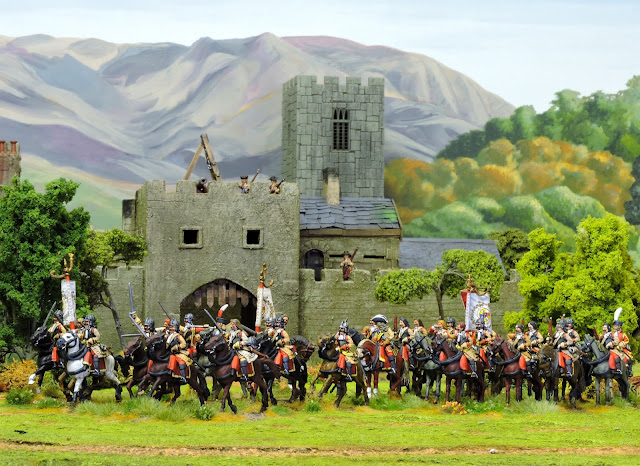 I have been meaning to finish these component parts of my Panzer Division for quite some time. The Austrians fielded big regiments sometimes up to six squadrons and, lots of them. 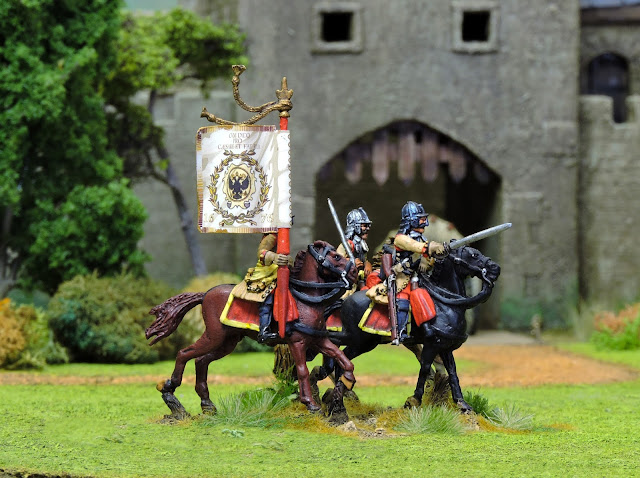 For our game at Tactica I got my skates on a finished work I had started four years ago. Although I didn;t quite get them all done I made some great progress. 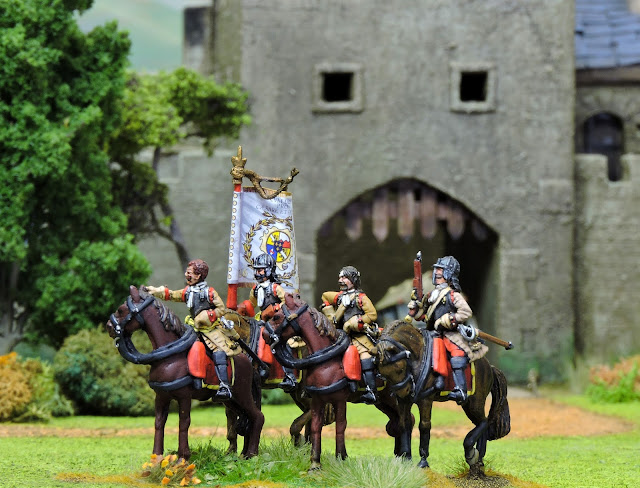 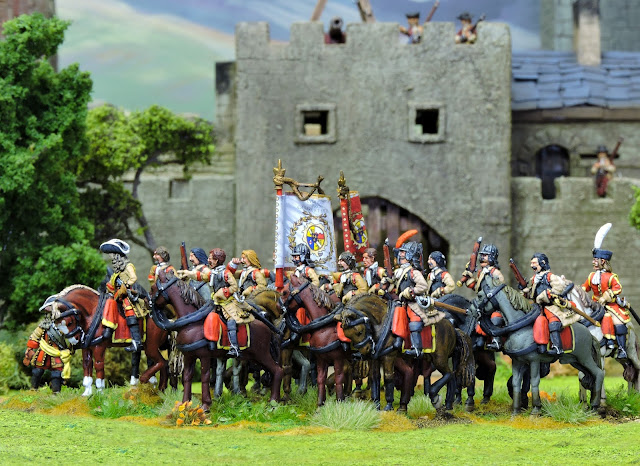 I have introduced some interesting new mechanisms in The War of Three Kings to allow these troops two options as Armoured- Bullet Horse. They can charge as normal Bullet Cavalry or, players can choose a new tactic which allows them to shoot mounted and then keep formation in the first and second rounds of close combat . We've play tested it thoroughly and it works often enough to allow them to retain a little edge. In addition, if you use the armour saving throw their losses can be further minimized. 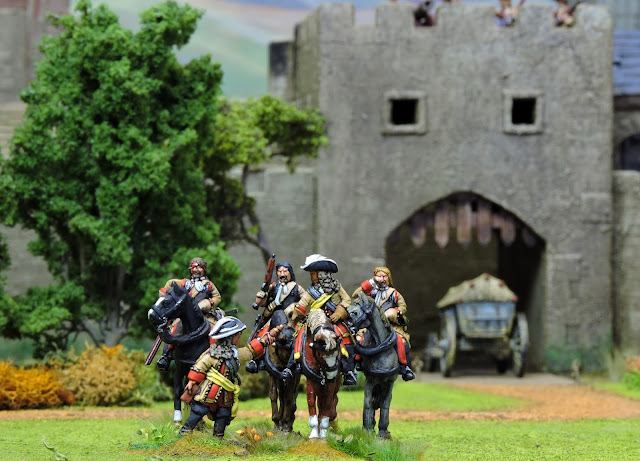 I have chosen to give the standing unit a particularly dense look with four models per base and the ranks closed up together. Easy to do and very effective on the table. 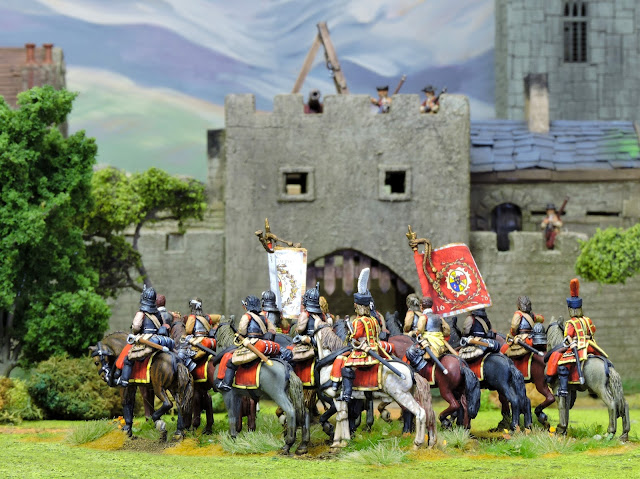 The flags are yet to be released but if anyone is looking for them in a hurry they are the normal £6 per sheet - just let me know.