Devotion to the cause is the mark of the 17th century gamer. It doesn't come at any higher level than Jean de Dieu Labedoyere's (aka Ian C) game modelling the epic 21 years siege of Iraklion (Heraklion), Crete between 1648 and 1669.

I am told it was perhaps seven years in the making. My game and this tour de force were side by side at The Other Partizan. The scope is beyond description and I thought that a couple of my snaps showing the quirkier details might pique the interest of blog followers.

It goes without saying that the battalions, ortas, squadrons, batteries and storming parties were numerous, enormous, meticulous and sumptuous however, I will instead focus on the quirky, cheeky, irreverent, gruesome, comedic and...bizarre.

Ottomans, Greeks, French, Venetians and Papal troops were represented, in fact all human life was  present. I am certain if I had examined the hulls of the ships I would have found modelled barnacles.

Here are some lovely moments from The Opera, Candia!

Somewhere off camera there was duel! 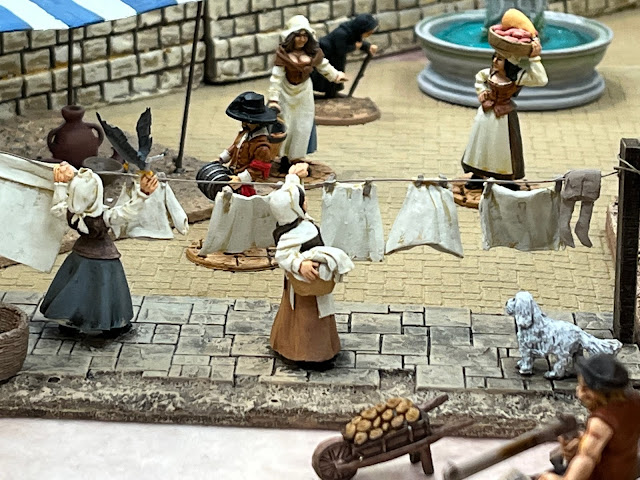