Though Henry Morgan is often thought of as a pirate, he considered himself a patriot and privateer and always fought under the colors of England. His forays outside of letters of marque were often due to the glacial rate that news travelled at the time ("What do you mean we made peace with Spain?"). Despite being placed under arrest by the crown in 1672 (a move to appease Spain after the sack of Panama), he was granted a Knight Bachelor by King Charles II and appointed as deputy governor of Jamaica in 1674. 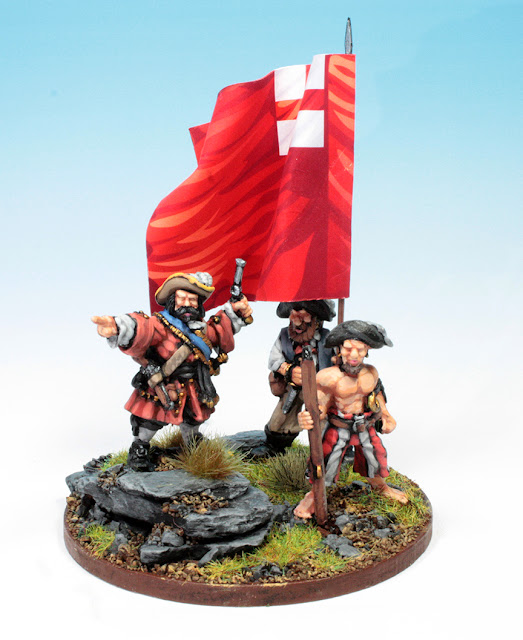 I love making these kinds of bases and it's a treat after painting so many rank and file. This group displays a minor conversion. The brilliant Wargames Foundry model of Henry Morgan was looking back over his shoulder in a "This way, dogs!" kinda pose. This is fine for single figures, but as the center piece of vignette it meant he would either be facing away from the front of the base or look more like he is encouraging a hasty retreat! I made quick work of this problem with a jeweler's saw - the only tricky part was preserving the goatee... 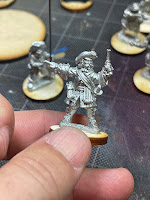 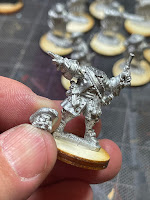 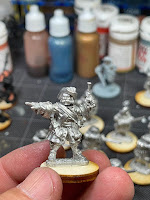 The stones on the base were actual slate chips (the kind they make for landscaping in lieu of mulch). I didn't want to remove Morgan from his integral base because I didn't want to try and drill pins into the slate, nor trust the dubious solidity of glue two tiny feet to the stone. I trimmed the round edges from the metal base and scored the sides with a Dremel to mimic the texture of the slate. It turns our the silly thing was almost completely covered by the basing material and I probably could have skipped this step entirely! 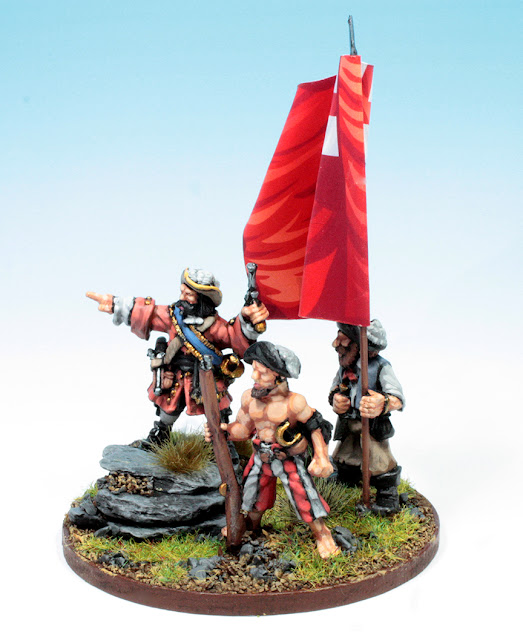 This vignette represents nearly the last thing I needed to paint for the campaign. I have a few flags to make for the Spanish cavalry and a handful of characters to paint for the Donnybrook scenario that falls between the two BLB games, but I will soon be able to round up a few partners and throw some dice!
Look for the 4Play Invasion of Panama PDF this summer!