CRISIS: LoA on tour in Antwerp

by Barry Hilton November 08, 2015
The LoA Team was minus one stalwart in the shape of Emma Hilton but sporting a new team member in the shape of Toggy Bob Talbot who had flown in via Schipol to strengthen the squad.
We set up the Warfare Miniatures stand and the GNW demo game simultaneously and were ready in plenty of time for the doors opening at 1000.

The show seemed a little quiet for the first hour or so but soon we were getting a continuous stream of visitors right through till about 1630 when things began to wind down.

Our game although modest in size was visually interesting combining what I consider to be several 'wargaming winners' - Water, height, forts and a church.

The Swedes were coming ashore from a river expedition in order to climb up a slope and storm a combined Russian and Saxon position covering a large and important church.

Toggy and I played only a little bit in order to demonstrate some BLB rule mechanisms and spent most of our time talking about the rules, the GNW or the figures. 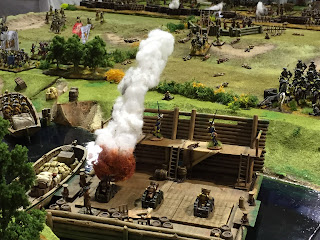 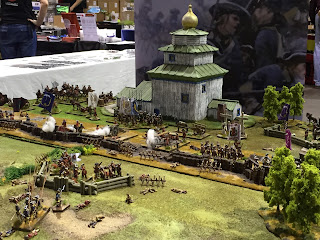 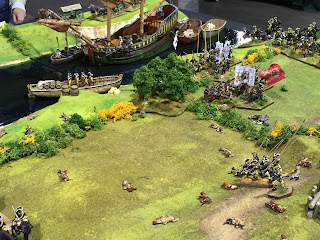 We both did some brief rounds of the show and Toggy bought some stuff. I spent nothing all day! 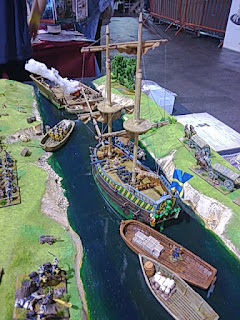 As always it was wonderful to meet many friends from all over Europe and potentially make some plans for a return visit to mainland Europe early next year. 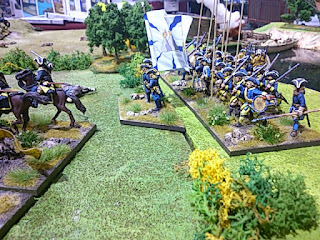 Wae hope the photos convey some of the feel of the game. I will blog a little about other things we saw and liked at CRISIS later. 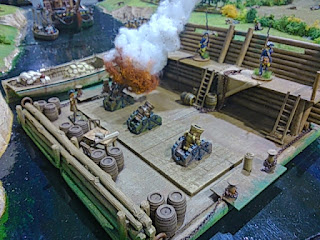