Tangier and North Africa in general are rich sources of content for gaming large, medium and skirish sized games not to mention the naval dimensions. 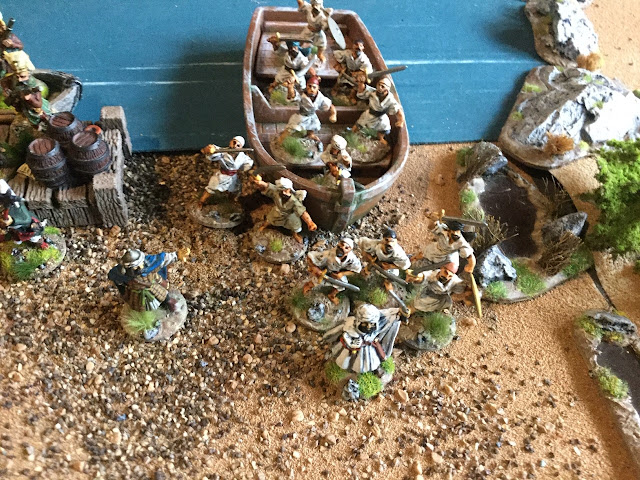 Have a Butcher's at DOB's Spanish Raid (or more accurately, Raid on Spain). Over to the urbane Lothian tones of DOB...... 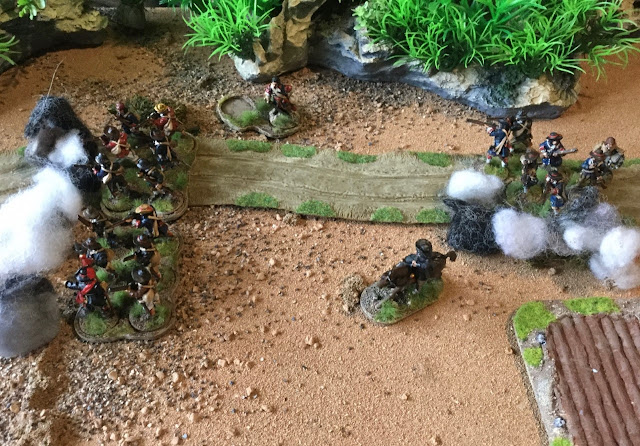 This was our first Donnybrook game in a while and it was a cracker. The setting was a Moorish foray across the Straits of Gibraltar to raid the Spanish mainland for loot. The Moors landed in the bay of Pedro Valienti but a Spanish force from the garrison at Tarifa had been sent out to shadow their moves and intercept them when they landed. 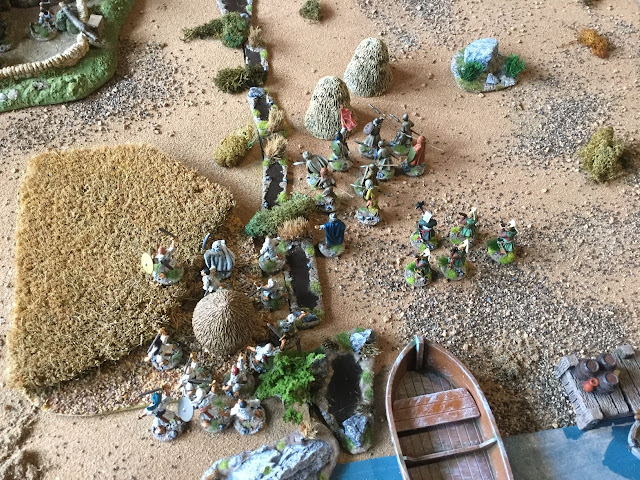 I commanded the Moors and Tim Watson commanded the Spanish which only came on the table one unit at a time after the first move, unfortunately the Moors hadn’t gotten far before the end of turn card came up allowing the Spanish to make an appearance.The different types of loot, livestock, wine and baggage were all given a mixture of victory points to determine the winner but there was no need as I managed to get all the loot back to my ships but at the loss of most of my command although Tim’s wasn’t much better. 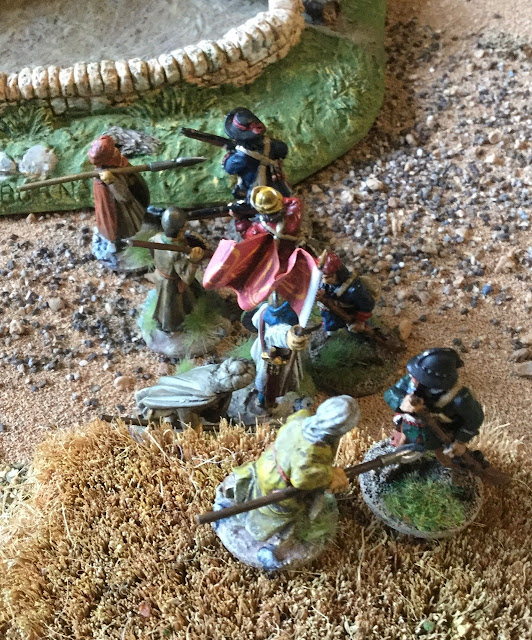 It definitely wasn’t a good day to be a character figure as I lost my leader and three other characters and Tim lost three characters and his leader and another remaining character were both fleeing away at the end. Irrespective of the result it was a great game and has inspired us to do more, the Spanish will be raiding the Cornish coast next week.

The forces we chose: 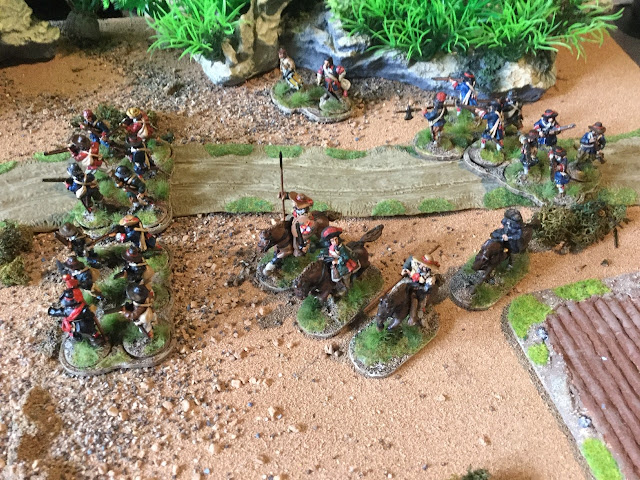 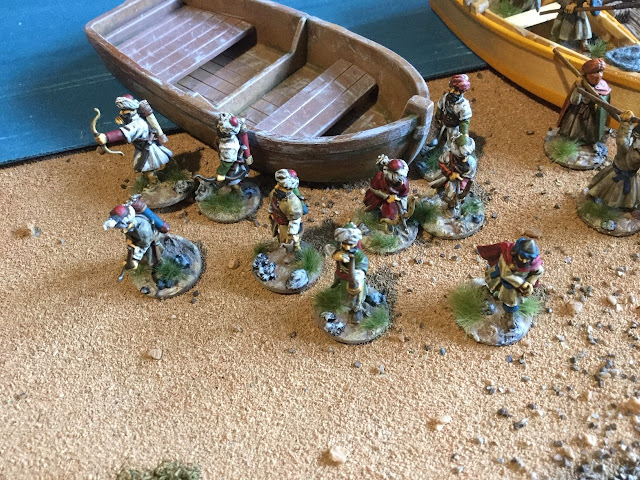 The loot was given a number of value points and because it was a naval landing raid there were no mounted Moors. The action was taking place in Spain so I decided that the War Whoop rule wasn’t applicable. 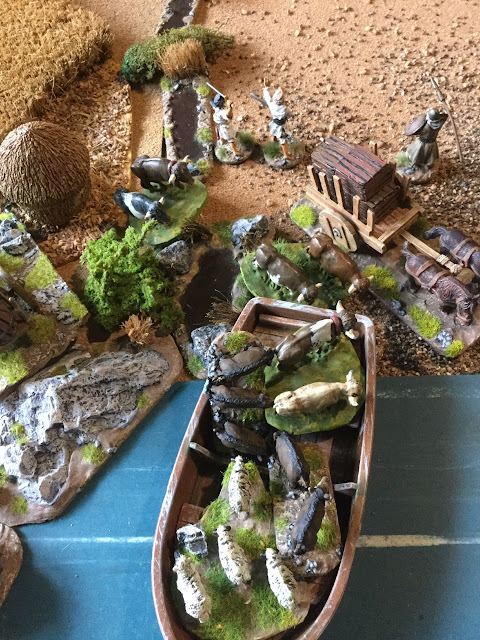 The Berbers/Moors offer fantastic gaming options. We have had a median full of fun in North Africa: