Donnybrook at Sea - a Q & A summary 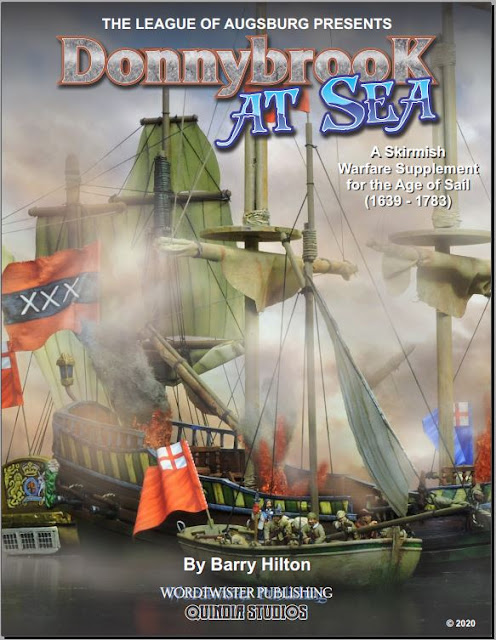 My lifelong interest in naval wargaming has only recently been allowed to flourish. The research needed to complete a comprehensive set of rules for the period 1630-1720 made it clear that the vast majority of naval action involved a handful of small ships. The mega sea battles of which there were many, are the mere tip of an enormous berg. By ignoring the small ship action anyone interested in the period is leaving 95% of it unexplored.

Gaming the small ship actions at playtest stage created a realization that they could come alive even more in scales larger than 1/2400 or 1/1200. These 'skirmishes at sea' led my thoughts to how Donnybrook could be adapted to accommodate inanimate objects such as naval vessels. I think the logic stream is clear from this point.

Rather than having small ships as mere throw away items in a larger engagement, they now become the centre of the action and develop a key role in each scenario.

Oh, and the small ship games are so much fun to do, involve minimal investment and can be played in small spaces!

What is covered by Donnybrook at Sea?

It focuses on vessels from rowing boat size up to frigates. The new rules deal with mechanics for sailing, rowing, shooting, boarding, collisions, grounding, fireships and all the typical events common in Age of Sail naval warfare. The rule system remains the same and the core rule book is needed to provide the basics of moving, shooting, fighting and morale for the humans. Each vessel requires an additional card in the deck. Vessels for which the card does not appear simply move at the end of the turn without player choice to turn, shoot, act. This creates a little bit of chaos which adds to the fun. Vessels could could have anything from 6 to 100 strength points this means they can take a lot of punishment.

Is there a points system for vessels?

No, however, the game's size would be defined by the vessels chosen. If each player chooses the typical 4 units of a Donnybrook game, the vessels commensurate with these numbers are likely to either be a clutch of small vessels or one large vessel carrying all of the units. If a  very large vessel is chosen which could potentially carry up to 100 models (a man o' war), an opponent may have numerous smaller vessels each with units aboard or, on land. Cramming 100 models aboard a large 28mm ship is not practical and deploying larger forces 'off the board' to undertake combat or attribute casualties is covered in the rules. Typically, players will be using large rowing boats, shallops, small cutters, brigs or ketches in most scenarios.

How long do games last and what size table is needed?

Usually no longer than a typical Donnybrook game. The largest table used in all the play testing was a mere 4 x 4 feet. The largest number of vessels was ten and four of these were larger static merchantmen which were objectives.

Why does the scope of the rules expand backward and forward in time beyond the normal League of Augsburg time line?

Two reasons. The basic mechanics of war and the technology of ships and sailing is pretty constant across the wider period this offered an opportunity to make the system more inclusive. So many opportunities for gaming fun present themselves across a timeline stretching from The Thirty Years War to the French Revolution.

Small ship action could be extended even further forward and back. I see no issue using these rules back to late medieval and forward to the steam age. Donnybrook itself is flexible enough to handle that span (as will be evident soon :))

What do I need to play?

Donnybrook and the Donnybrook at Sea supplement. A force of your choice. One or more suitable boat or ship models. A scenario board with enough water area to allow some reasonable movement for the vessels.

Is it purely a naval wargame?

If you want it to be, but it was not designed as such. It is a skirmish game which covers the use of boats and ships but these can constitute all, a significant part of or, a peripheral role in the game play. 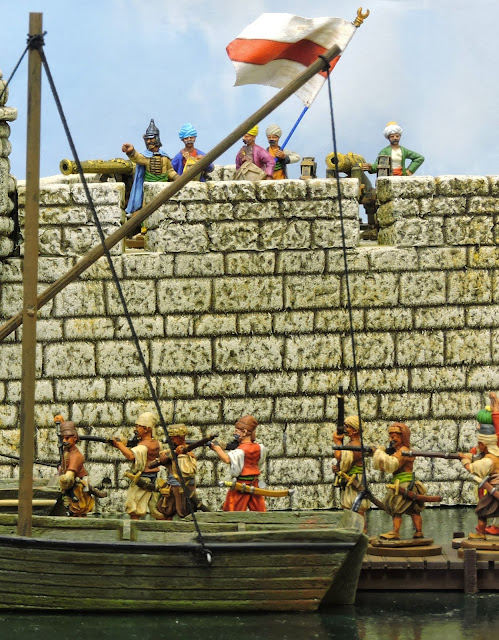 When can I get it?

Donnybrook at Sea will be available in pdf form over the next few days.