Since then I have reprised the basing style for irregular infantry, Cossack cavalry and even Napoleonics when I developed a set of rules whereby one hex base of figures was a regiment or battalion. That worked surprisingly well I seem to recall. 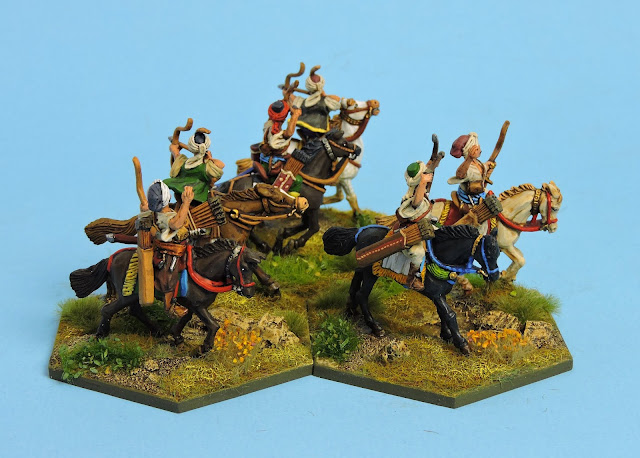 Anyway, less of the 'back in the day' malarkey. Here we are with the Ottoman archers based exactly as I had envisaged. The 'swarm' effect has no impact on their interaction with other cavalry in the rules. It is purely an aesthetic to create the illusion of irregularity and swift movement. 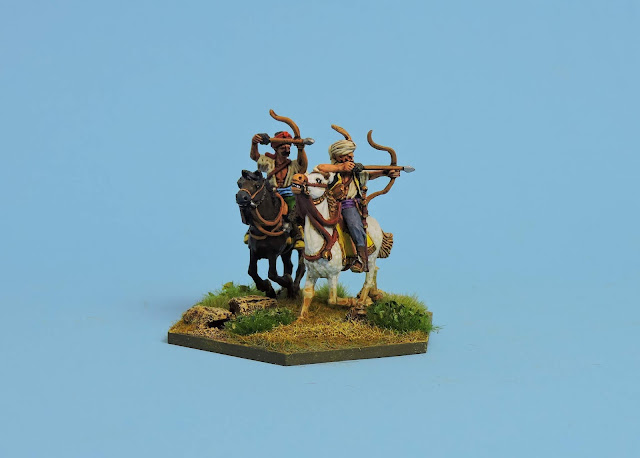 The mechnisms in Beneath the Lily Banners 3rd edition (covered in the With Talon and Claw supplement) allow such swarm to make a direction change before or after moving at no penalty. All troops shoot from the swarm or, as I describe it in the book the 'cloud'. 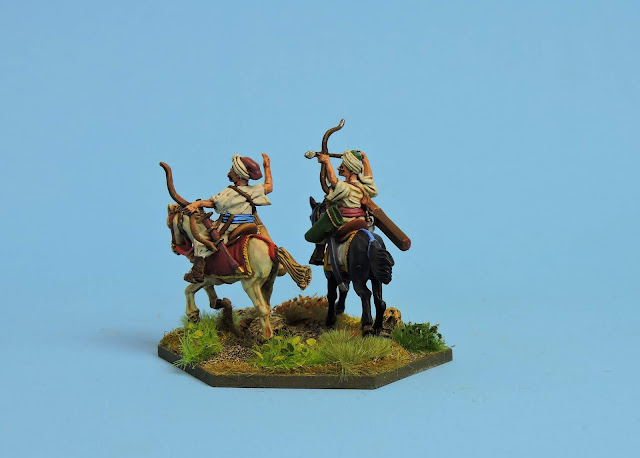 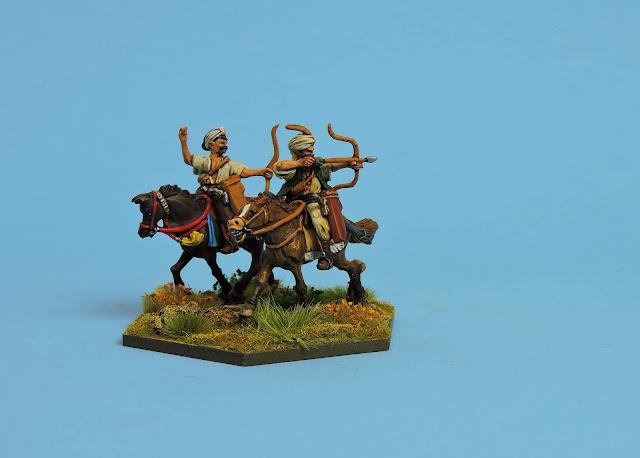 Add that to seven different horses and, three different upper torsos and three different lower torsos and you get Clib's masterful forward planning combinations which in wargaming terms will, I think, out - count your number of horse archers unless you are planning on being a reincarnation of Suleiman the Magnificent. 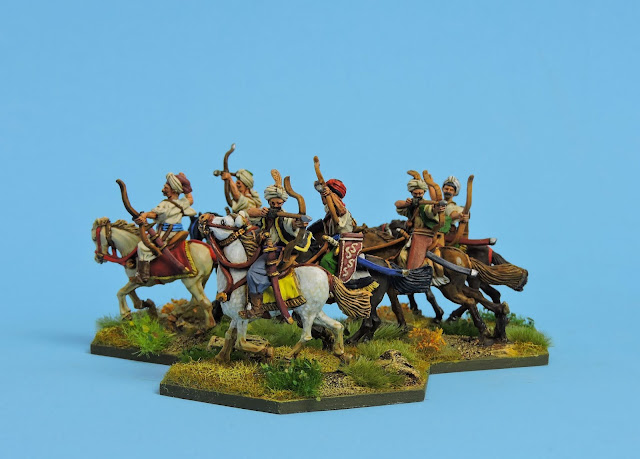 I have chosen off-white  as the predominant colour theme of my Ottomans. sprinkled with a palette- full of both bright and earthy colours. 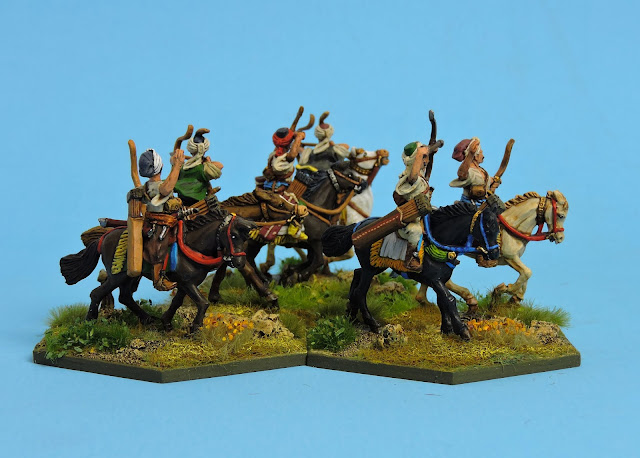 This army has not been boring to paint it has been a little like a hallucinogenic trip through the rainbow and I find myself reaching for paint pots I haven't opened in years just to add a little further colour stretch to the the non- comfort zone combinations. 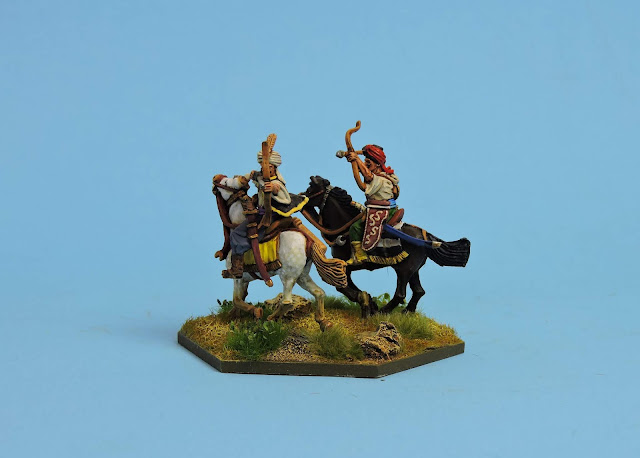 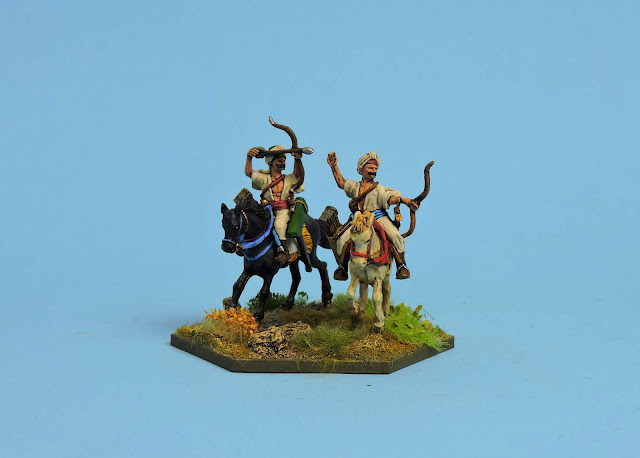 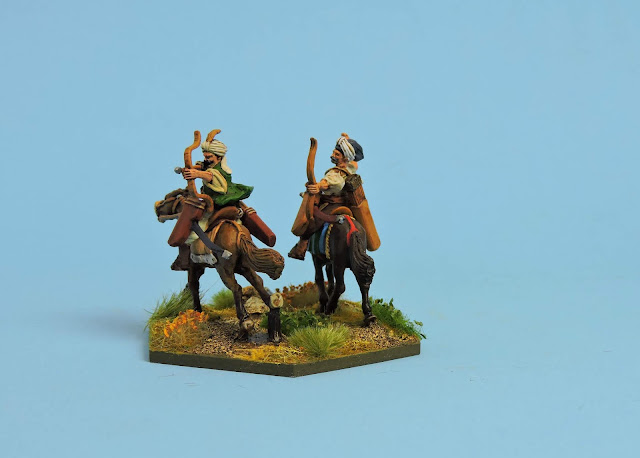 No banners for my horse archers. These chaps could I suspect also substitute for the legendary Akinji troops - raiders, scouts, daredevils and crazy heads. 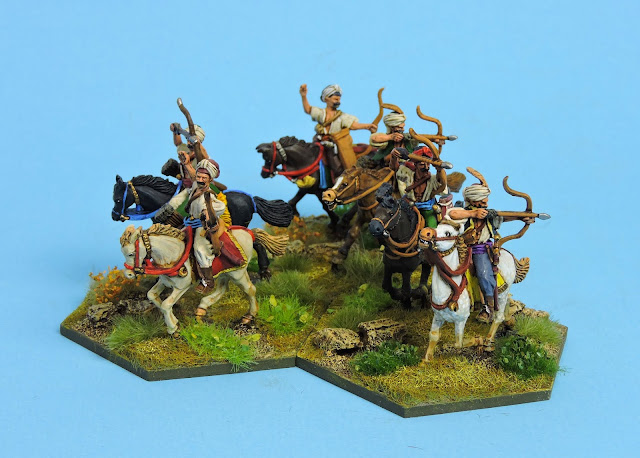