The first is the movement dimension possible will larger bases, the second is the protection of models with overhanging components such as lances, horse's tails, banners and similar. Figures also have gotten bigger over the years. 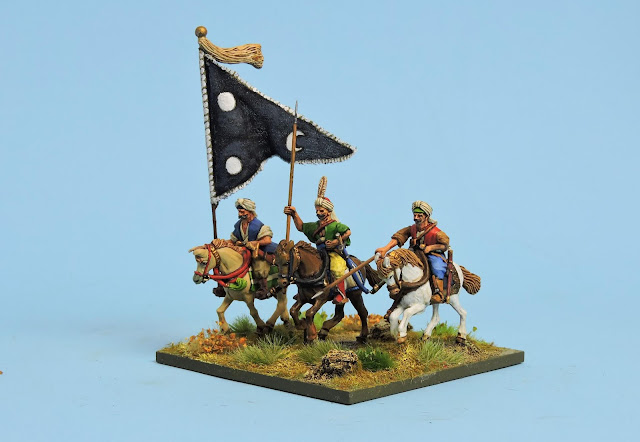 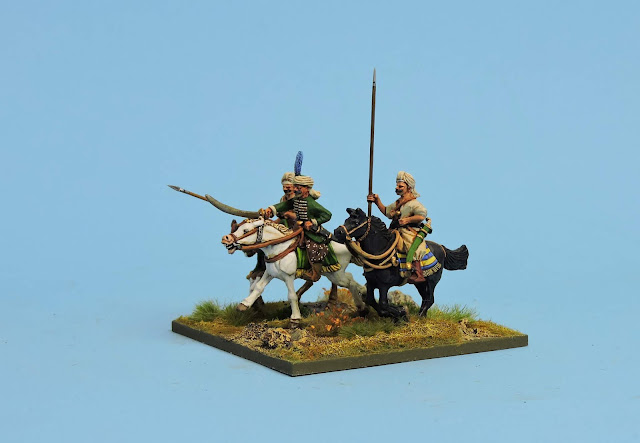 When I first started collecting it was pretty much Foundry or nothing. Although quaint, when comparing sculpts from that period with the output of the same sculptors these days, the difference is remarkable. 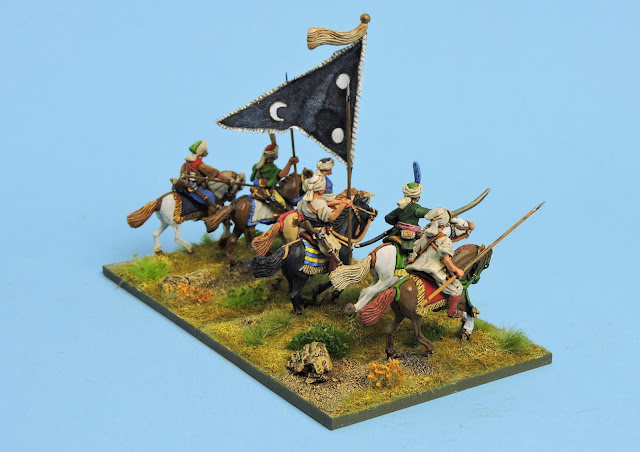 Most Foundry figures of that time have very squat bodies, short legs and arms and very large heads and hats. All together the look fantastic but compared with other ranges they now appear a little odd. 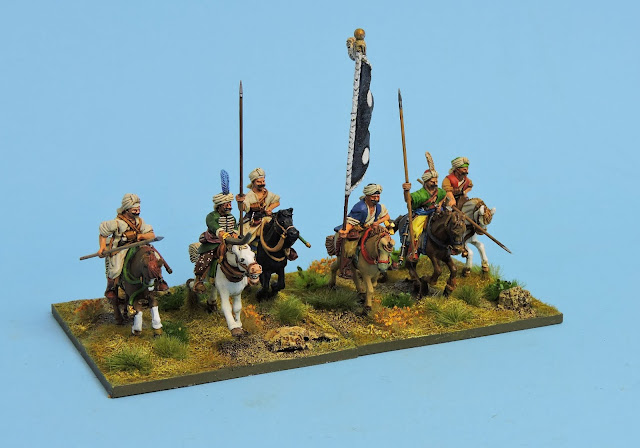 Back to this unit.... It could be a Kapikulu unit or a Timariot one. The more I have read about Ottoman troops the more complicated and difficult to pin down it is! 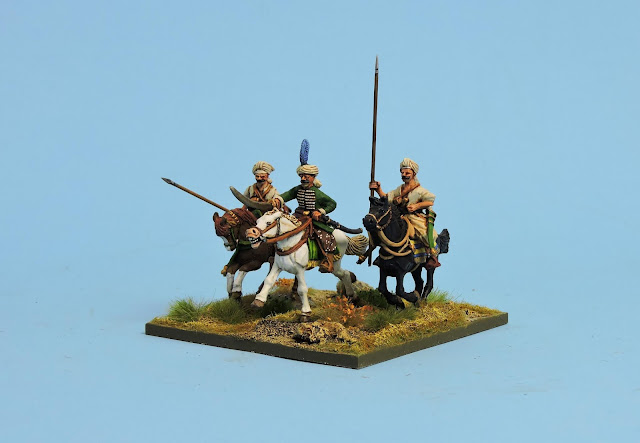 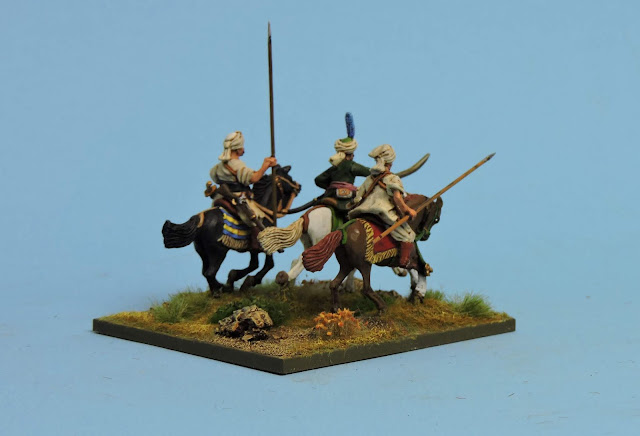 I will, for the sake of OCD if nothing else, produce a unit in the same clothes and colours. 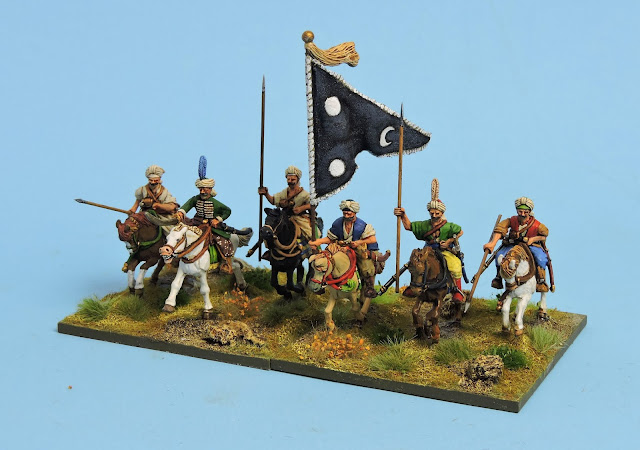 The Ottoman force is now blossoming and when I get to adding hordes of Krim Tatars to support the core it will look pretty neat.

Just waiting now to get the nod that the mould makers and casters want to start work again. Flag is as usual, hand painted on cotton. 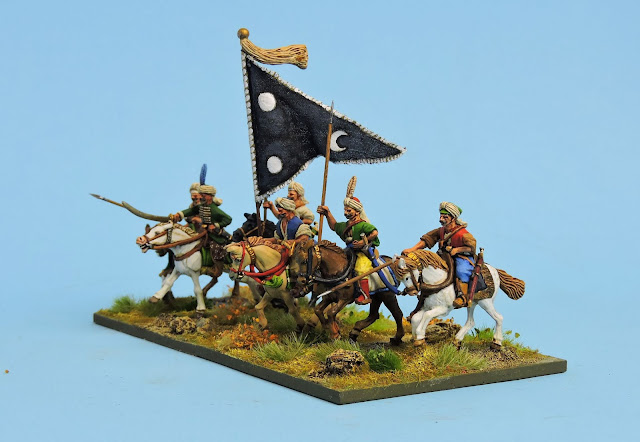