Friend of the Blog - Peter shares with us all his exciting visit to many of the locations featured in the forthcoming LoA Campaign book for Ireland...

The flag of St George flies over the twin towers of the Watergate. A reminder of the town’s fierce loyalty to William and the Protestant cause. These turrets with their conical caps are instantly recognizable and have long been the emblem of the Dragoon (the 6th then 5th Dragoon guards) and the Fusilier (the 27th Foot) regiments – a memory of that small watery town in Ireland wherever they were in the world. 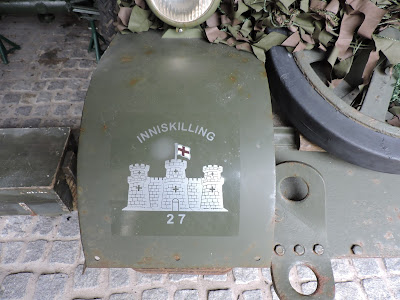 When these regiments were first raised to defend the town, the cavalry were Conyngham’s Horse and the infantry were Tiffin’s regiment of Foot. In 1688 and 1689, these groups of protestant volunteers were organised into defence forces that defied King James and defended the towns and villages across the county of Fermanagh and beyond. 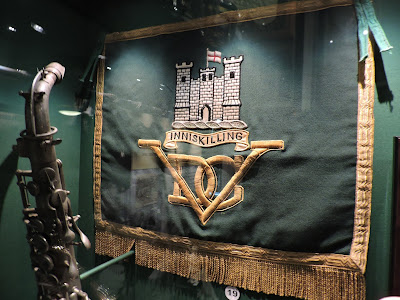 These Enniskillen regiments went on to take part in all the major campaigns and battles against the army of King James across Ireland. They fought at the battle of the Boyne in 1690 and were present at the siege of Athlone and the victory at Aughrim in July 1691. At the final stages of the conflict before the town of Limerick it was grenadiers, led by Colonel Tiffin and supported by their compatriots from the Inniskilling foot who forced their way into the city and brought about the end of the siege. 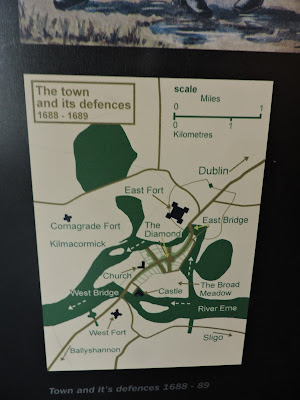 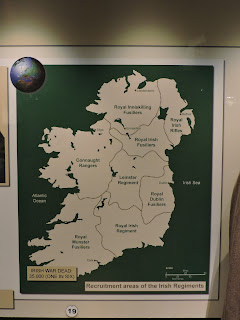 In the castle museum in Enniskillen, there are a range of great displays and items evoking the spirit of our period and the reality of day to day life in the late 17th century. Life-size mannequins tell the story of the defence of the town and the origins of the Inniskillings grey. Alan Cathcart here appears to be breaking the ice in the river around the castle with as much relish as if he was sticking a Jacobite with his pike. 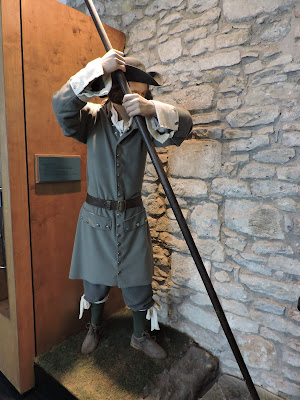 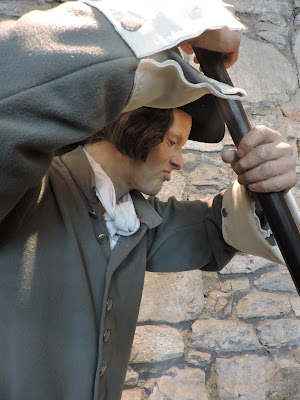 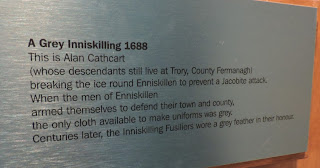 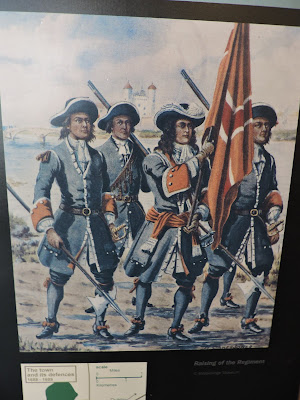 Most of these historical exhibits are housed in the keep of the Maguire clan – in the centre of the castle grounds. Here they dined upstairs and listened to the tales of poets and story-tellers as they feasted. All of this before the arrival of the plantation families, the guilds and the troops from over the seas.
Share Share on Facebook Tweet Tweet on Twitter Pin it Pin on Pinterest
Back to The League of Augsburg