Friend of the Blog - Peter shares with us all his exciting visit to many of the locations featured in the forthcoming LoA Campaign book for Ireland... 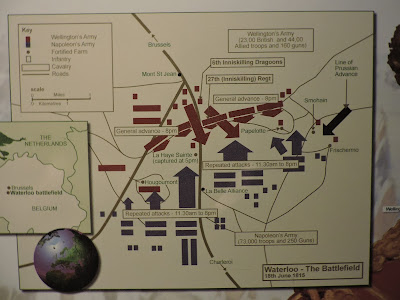 With the 200th anniversary of Waterloo and the Barry Hilton week-long battlefield walk as referenced elsewhere on this blog, no doubt Mr Hilton will mention the glorious role played by both regiments right in the heart of the action at Waterloo! The 27th were in the centre of the British line, not far from Wellington and the crossroads. 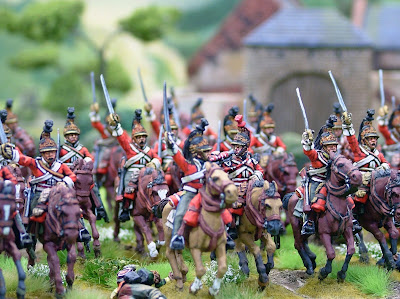 Their role was to shore up the creaking line, stand in square and repulse the repeated French cavalry attacks whilst enduring cannon and musket fire that resulted in 66% casualties. They remained unbroken. Wellington said: ‘Ah they saved the centre of my line’. Their compatriots the Inniskilling dragoons were part of the Union brigade which made the famous cavalry charge alongside the Royal Scots Greys. 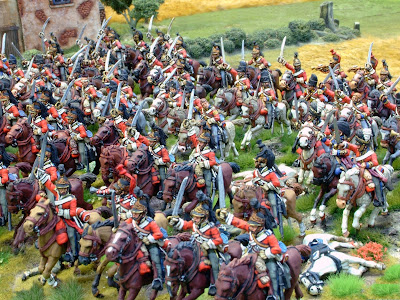 The role played by the Williamite defenders of Enniskillen and the surrounding lands was crucial all through 1689. Further north the town of Londonderry was under a long siege and stalemate and the starvation of the citizens seemed the lightly outcome. The Jacobites appeared in control and they threatened Enniskillen from the north, south-west and south. The Enniskillen defenders rather than cower on their island and await attack, sallied out to meet the approaching Jacobite forces  and launched raids into the counties of Cavan, Meath and Monaghan to capture, horses, cattle, sheep and other supplies – great potential scenarios for wargame skirmishes.

They were attacked by Lord Galmoy at Crom castle, by the Duke of Berwick who came south from Derry; by Patrick Sarsfield who marched from Sligo and by Lord McCarthy who came up from Dublin and suffered ignominious defeat at Newtownbutler. The latter victory ended the threat to Enniskillen and not long afterwards the Williamite army, led by the Dutch General Schomberg landed at Bangor in August 1689 and made camp at Dundalk.

The Enniskillen forces joined up with the Anglo-Dutch at Dundalk and were saluted by Schomberg for their resilience and military success. 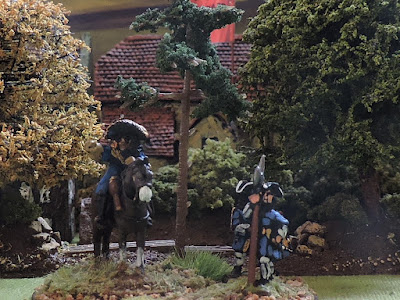