I am working on a book for Helion which is a guide to wargaming the period from the 2nd Anglo Dutch War through to the Nine Years War. It is not a beginner's guide. It is an enthusiast's guide. I have tried to distill 30 years of digging in this patch of earth into something which is useful to those who game in it or, wish to game in it. It is designed to remove pain, save time and provide useful shortcuts.

It contains a primer in the style of that which proved popular in With Talon and Claw. It has a guide to the forces of each of the main protagonists both from a naval and land perspective. There is an overview of as many rule sets as I could trace which are available for the period and so, is not just a plug for my own systems. It has some scenarios in various scales and sizes. It has painting guides and a resources section.

In other words, it is a sort of Hales Manual for the period. The content is not rehashed from any of my other work and is being written from scratch. For anyone who likes my output, I would not want them buying this book and thinking, oh, I've read that in xxxxx. I have to as great an extent as possible, attempted to take fresh perspectives and accompany that with new photographs.

Apart from the colour cover which is commissioned artwork, everything else inside will have been created by me with the exception of a couple of battle maps. It is not my intention to have the book stuffed with stock pictures or old prints which can be found on the internet. Everything, unless relevant for a specific purpose should be new.

The title? Every bullet has its billet is a quote attributed to William III. I have always found him an interesting character and whether he uttered or no, it's a pithy one-liner and in tune with his terse style. Not sure what kind of company he would have been on a night out - possibly the kind of bloke who sat in the corner nursing his pint and not saying much, most of the time.

Regarding the release date or price tag, that's not my province as this one is part of Helion's canon and not WordTwister's however, Charles Singleton has turned out to be the Beaverbrook of 17th century wargaming collateral and I doff my informal tricorne in his general direction for outstanding service to the wargaming community. I believe he has singlehandedly mobilized more resources for the 1600-1720 era than almost everyone else combined and achieves this quietly in the background. I would certainly nominated him for some kind of Gaming- Brit Award.

A companion volume is being written by my good friend Mark Shearwood covering the Great Northern War. I am sure it will be fantastic. 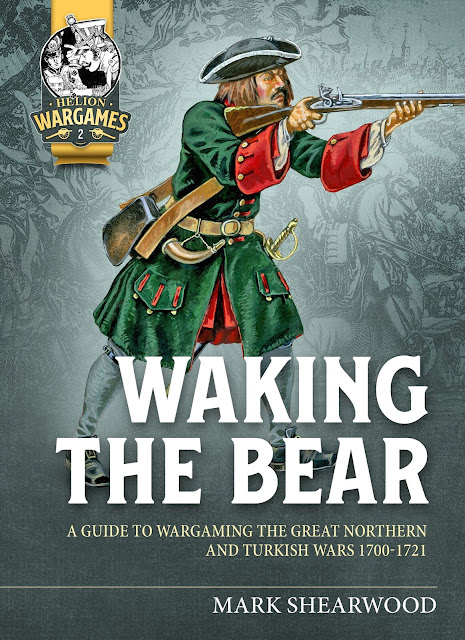