Every One Loves a Simple Story - Part One 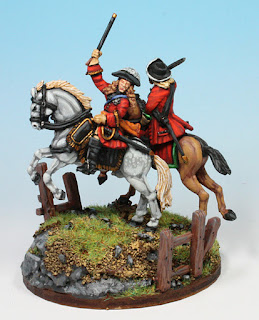 Barry Hilton - Everyone loves a simple story that clearly delineates right from wrong, good from evil, hero from villain. Such clarity can create lazy reasoning as behind many stark contrasts lie shades and hues which blur the picture and make things more challenging to interpret and comprehend. The British Isles in the 16th and 17th centuries was a constantly bubbling cauldron of religion, power politics, opportunism and unrest. Religion has become the simplistic legacy icon by which many people calibrate their opinions, preferences and prejudices. The reality of Britain’s evolution during those 200 years is somewhat murkier and less spiritual.

Between 1500 and the crowning of James II in 1685 the Reformation had swept across Northern Europe. The Scots appeared to embrace Protestantism more vigorously than most of their island neighbours although even they did not universally reject the old religion. England’s drift from Catholicism seems more connected to Henry VIII’s personal relationship with the Vatican than a common desire for a change in Christian worship practices. Anyone who has ever attended a High Church service will tell you it is arguably more Catholic than modern Roman Catholicism! Ireland almost wholly rejected Protestantism with the exception of the Scots and English settlers in Ulster and around Dublin. So why is this relevant to the Glorious Revolution? Many would have us believe that the events of 1688 symbolized a rejection of Catholicism and the adoption of Protestantism once and for all. Behind the scenes however the Powerful schemed and plotted to gain advantage, privilege, favour, recoup lost family fortunes from the Civil War era, settle old scores and generally do what human beings do.. look after themselves and their own.

The simple story is that after the dissolution of the monarchy by Cromwell’s Rump Parliament following the end of the Civil War, England’s brief flirtation with Republicanism was not to everyone’s taste. The country wanted the monarchy back but on different terms of engagement. Not the ‘divine right of Kings’ absolutist style of Charles I (a Protestant if not a hugely enthusiastic one) but rather a softer, more compliant, less strident monarch who was more inclined to allow Parliament to govern. In principle a laudable aim, Parliamentary democracy and all that, but of course MPs were not appointed in a General Election. At that time an extremely small franchise of influential people making up perhaps a single digit percentage of the country’s population decided who became an MP. Mrs Pankhurst was a long way off and vested interests were the order of the day! Charles II restored to the throne in 1660 was an altogether sharper political animal than his straightforward and naively honest father. He knew how to play the game. He wanted to re establish the Stuart dynasty, he needed money to run his court and re-establish the English monarchy within Europe. He pragmatically complied and cooperated or more accurately, danced a complicated step with his reluctant partner Parliament. He played the good Protestant although he had strong Catholic leanings and may well have actually been a practising Catholic before a deathbed conversion. So things rumbled on until his death and succession by his younger brother James. 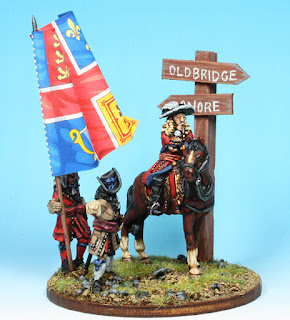 James was most definitely his father’s son; Strident, stubborn, dictatorial and worst of all in many eyes, openly Catholic having converted in the late1660s. He started to reintroduce Catholics into senior roles in the Army, Navy and influential national positions. He upset many people but still the country tolerated his regressive tendencies knowing that without a male heir the succession would go to his Protestant daughter Mary and everything would get back on track. He was not only tolerant towards Catholics but also other minority religious groups. The prevalent national state of shifting favours resulted in some bizarre juxtaposing. During Charles II’s reign a largely Protestant Royal Army hounded non conforming Protestant Covenanters in Scotland who were seen as being beyond the fringes of acceptable Protestantism, yes it’s complicated! This same Royal Army was the military instrument of James II the Catholic monarch in bloodily suppressing an attempted ‘coup’ by his nephew the Protestant pretender James Scott, Duke of Monmouth, (one of the) bastard son(s) of King Charles II. Just to add a further twist, the husband and wife team who would replace James II in 1688, Willem, Stathouder of Holland and his wife Mary Stuart (James’s nephew and daughter) leant James troops and money to suppress the so called Monmouth Rebellion. They may actually have partly and secretly funded it in the first place! I know what you’re thinking, what a bunch!

So in 1688 when James’s second wife finally produced a male heir and thus secured a Catholic succession, the dissenters acted. The opportunist Dutchman and his English wife accepted an ‘invitation’ to take the throne whilst influential nobles forced the King to flee. This successful and largely but not totally bloodless coup d’etat is known as the Glorious Revolution. England’s elite replaced an unpredictable potential tyrant with a compliant and relatively cooperative joint monarchy whose interests were focused more on English money to fund Dutch Wars against the French than on matters of religious dogma. No further evidence of realpolitik need be sought than to know that the most influential and powerful ally of the Protestant Dutch against the Catholic French of Louis XIV were the über Catholic Austrians! Interestingly, Willem never really trusted the English despite accepting the throne and began a process of appointing Dutchmen to his most sensitive and influential court and military positions. You will by now have deduced that the religion thing is a little bit of a red herring and that the real forces at work in this fascinating period are the very same we see today in Iraq, Afghanistan, North Africa and elsewhere… wealth, power and trade. Religion is for the masses, money and power make the world go round!
This is far more history than I would normally inject into a wargaming article but it is necessary to sift through the murk which has accumulated in the 320 years since the events to understand that the Glorious Revolution is not satisfactorily explained by recognizing the difference between Glasgow’s two famous football teams. Writing about wargaming the Glorious Revolution itself would be a rather dull and short article based on ‘what ifs’. It is known for posterity as a seismic political change without violence. In reality there were a few skirmishes. The English Army was very much divided in its attitudes. When Willem and his Dutch forces landed at Brixham in 1688 much of the Army stayed loyal to James and wanted to fight the invaders. James’s hesitancy magnified the level of defections and soon the true dissenters were joined by a flood of opportunists who saw which way the wind was blowing and wanted to maintain their gains from 22 years of Royal patronage. Interestingly John Churchill the future Marlborough, was never fully trusted by Willem and so played little part in the Wars of the Grand Alliance either in Ireland against James’s Jacobite Army or in Flanders against the French. He had fought as a leader of the Royal Army at Sedgemoor and defeated Monmouth. He had been a friend of the King and his defection to the Dutch Prince was indeed a blow to James. Most of the action we are interested in occurred on either side of the Glorious Revolution with the event itself being militarily anorexic. The incidents that did occur were probably more akin to brawls than battles.
I have concocted numerous wargaming ‘1688 What ifs’ over the years including a full blown field engagement on the Medway as the Dutch disembark and march straight onto the field near Rochester to face King James red coated English Royal Army. A highly enjoyable multi player mini campaign in Wiltshire saw Willem’s Dutch army march on London fighting several increasingly desperate battles along the way. Another game was a large battle at Nantwich involving an English-Irish-Scots Jacobite army supported by French allies fighting an Anglo-Dutch Williamite army. That one managed to rope in Highland clans and Northern English Jacobite militia.   Yet another scenario saw the last stand of Dumbarton’s (Royal Scots) at Newark as they remain loyal to their King and march for home. This last is not totally fictitious as the regiment which had many Catholic officers, did not want to go over to Willem. They were cornered heading north and ‘persuaded’ to change sides. The Catholic officers were dismissed and most went to Ireland to fight in the Jacobite Army. There was however, no battle.
Next week: A look at what differentiates the period of the Glorious Revolution from the earlier English Civil War and the later War of Spanish Succession...
Share Share on Facebook Tweet Tweet on Twitter Pin it Pin on Pinterest
Back to The League of Augsburg