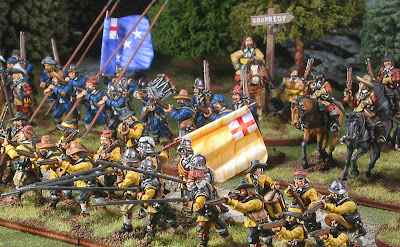 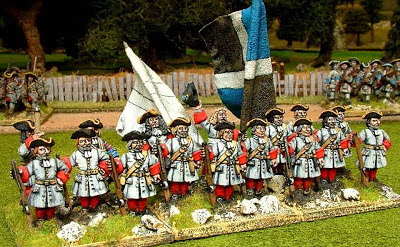 The Spanish Succession War known only in the Anglo Saxon world as the ‘Marlburian Period’ was yet to come. Warfare changed a little but not too much during that conflict. The main distinction was the almost universal disappearance of the pike and some modifications to tactics on both sides. I have always preferred the 1688-1697 period to that of 1701-1715. Although perhaps contra to popular opinion I find the achievements of Marlborough’s coalition armies often overstated and wrapped in patriotic superlatives. Blenheim was without doubt a spectacular victory but it was a joint effort with the often conveniently forgotten Prince Eugene of Savoy. Personally I find a closer connection is easy to make with what can legitimately be described as a Third Civil War – The Glorious Revolution in which Scot fought Scot, Englishman fought Englishman, Irishman fought Irishman and Welshman fought Welshman. Add in the rest of Europe in the shape of all these foreign mercenaries and Dutchmen and it starts to sound like the Premiership!
Share Share on Facebook Tweet Tweet on Twitter Pin it Pin on Pinterest
Back to The League of Augsburg