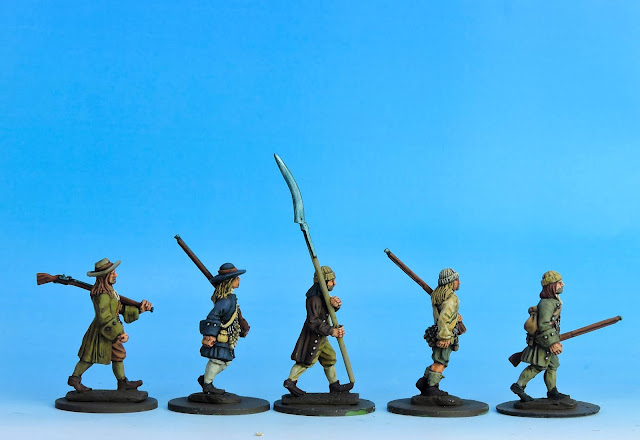 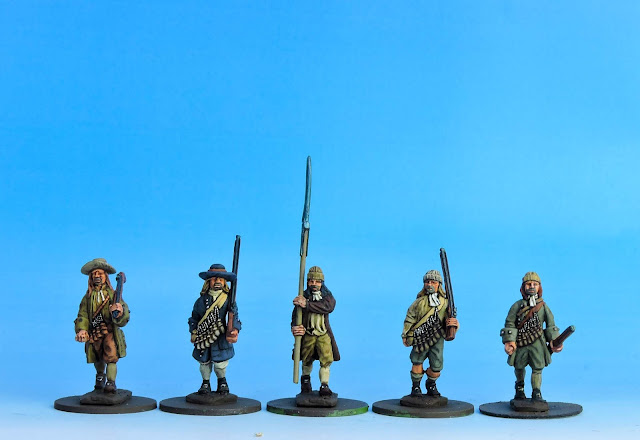 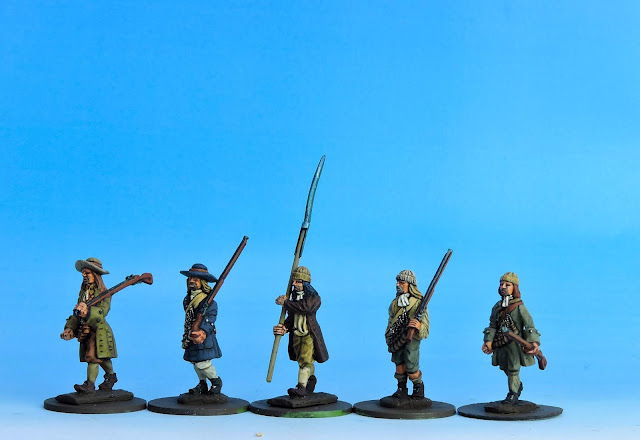 These are the first of a series of 'real' people in 'real' clothes as opposed to the textbook descriptions available for soldiers. 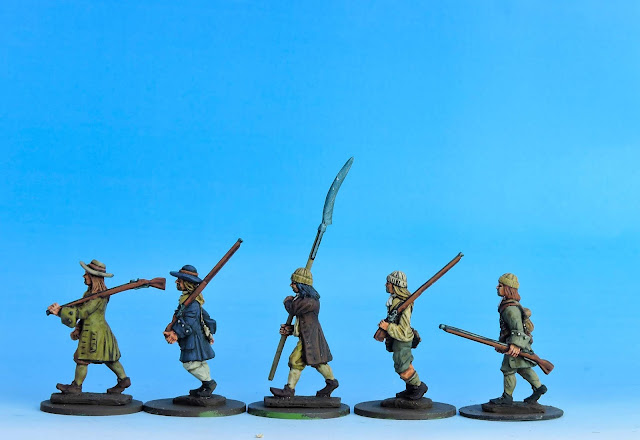 The applications I envisaged included the Covenanter Rebellions, Skane Wars, Sedgemoor, Tangier, The American Colonies, The Caribbean, The British, Spanish, French, Dutch in West Africa, The French and British in India, The French in Indo-China and the Dutch in the East Indies. In addition they can represent Jacobite and Williamite infantry in Ireland or campaign troops, volunteers and rebels almost anywhere European troops served. We have designed them without swords and in coats, waistcoats and shirts. The headgear ranges from common wide brimmed hats through stocking caps to wool caps. 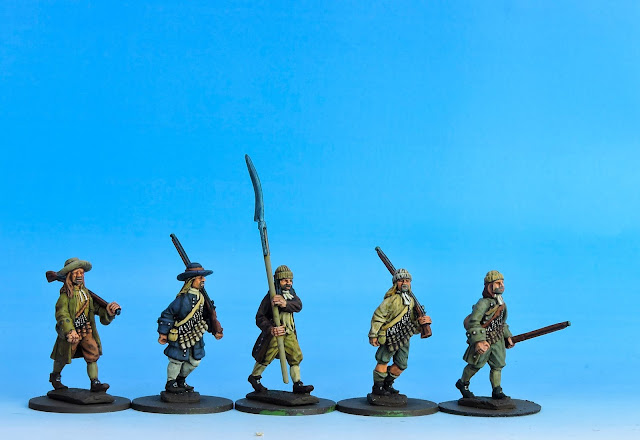 I painted these first five variants to prove to myself that they will do the job. I cannot wait to really get into them. The applications as civilians, military types, drovers, labourers and even Raparee/outlaw types are mouthwatering. Have another pass through all the variants should as greens below and I am certain you'll share my excitement.

They will be commercially available from August 3 2018.