From existing paintings it is difficult to definitively decide exactly how a particular historical figure looked. Statuesque and heroic or pox faced and pot bellied? Hardly the latter considering the sitter usually commissioned the artwork and nobody wants to look ugly in a 17th or 18th century version of the modern pouting selfie! 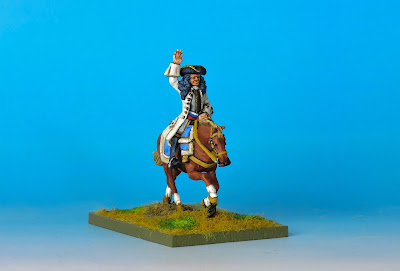 We chose three colourful characters from Peter the Great's portfolio of Princes and great men to release as GNW commander models. 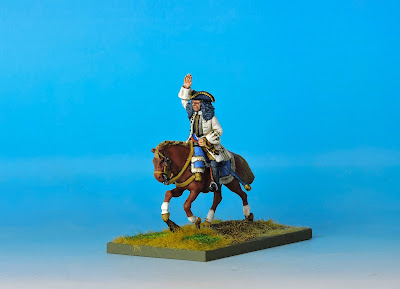 Prince Anikita Ivanovich Repnin, buddy of the Tzar, disgraced and reduced to the ranks after defeat by the Swedes at Holowczyn but rehabilitated and reinstated with nobs on after Lesnaya and Poltava.
Born in 1668, at the time of the war was in his prime and between 32 and 46. 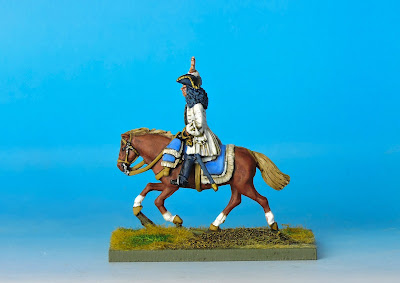 I chose to paint the Russian commanders in a variety of coat colours to represent the individuality of the rich and privileged and illustrate how these models may transfer into other contemporary armies without too much bother. 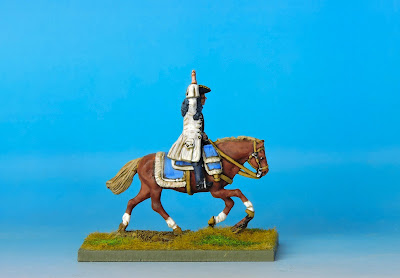 Repnin has been given a white coat and contrasting light blue horse furniture. 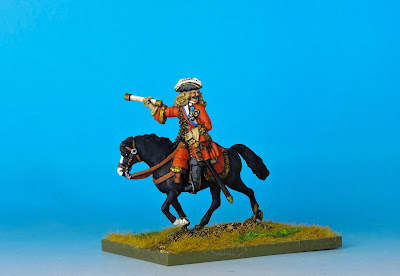 The most flamboyant model is that of  Prince Alexander Danilovich Menshikov. This suits his meteoric and controversial career. Born in 1673 he was 27 when the GNW began but already had military experience from the Azov campaign. 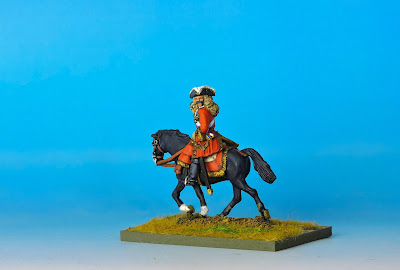 Menshikov was a friend of the Tzar ( who also is thought to have publicly assaulted the Prince twice for disrespect!). Militarily no genius, he had his share of failure and success, became the de facto ruler of Russia after the Tzar's death and lost it all in a coup d'etat ending his life in exile in Siberia aged 56. He pretty much did the full bucket list and is well worth reading about. 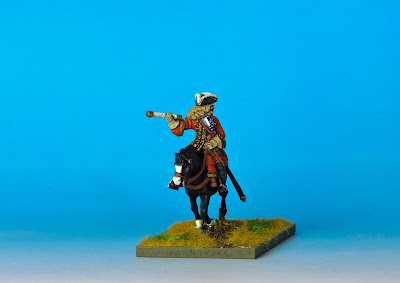 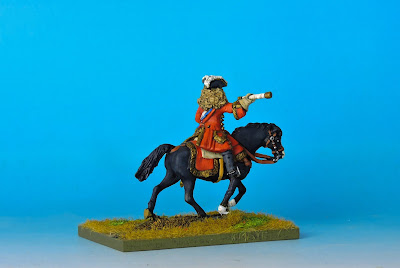 Our final Russian hero is Boris Petrovich Shermetev, born 1652. During the war he was 48-69 years old. A highly experienced soldier, he fought the Tatars and Turks for over 15 years before becoming one of Tzar Peter's generals. 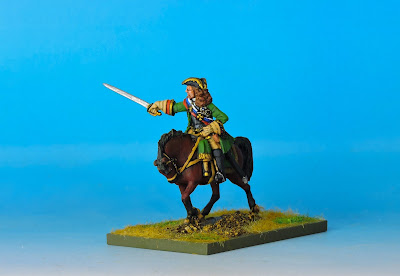 He was the most senior military commander of the Russian army during the period and the only Field Marshal. He was no great captain but his lasting legacy was the victory of Poltava at which he was 57 years old. He as not particularly favoured by the Tzar. 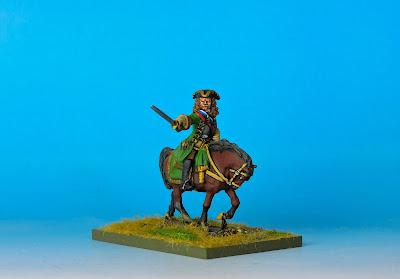 I have painted him as a dignified senior officer in a suitably formal leadership pose. 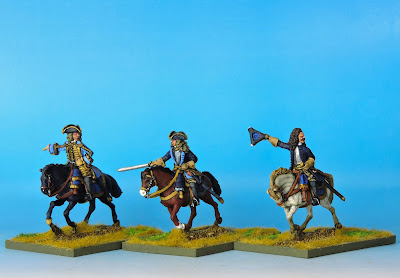