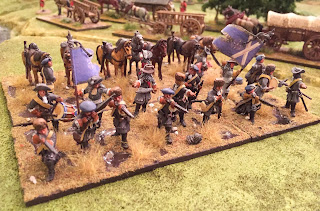 Jim likes to model Scots units from the late 17th Century and he has done a very fine job on this unit of Dragoons who are I believe the Scots Greys in their original incarnation. 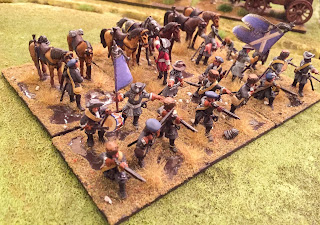 The pictures were taken on my iPhone very quickly but the creativity in Jim's work is very obvious when you look at the attention to details. 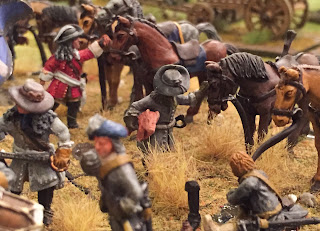 The observant amongst our members will notice a little homage to a certain incident in the 1972 movie Waterloo involving the Enniskilliners and a pig. 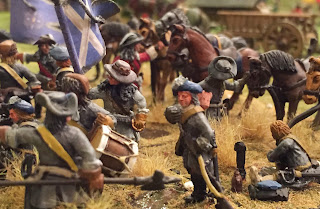 Jim has done some nice work on converting horse holders too. 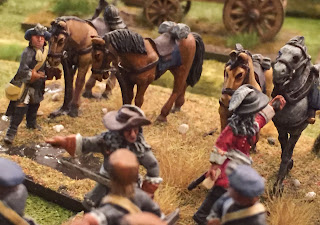 I am not sure whether these chaps have fired a shot in anger yet but they certainly look the part. 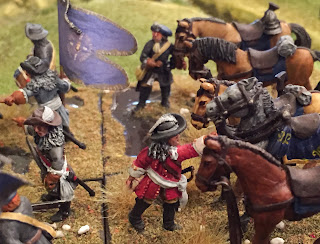