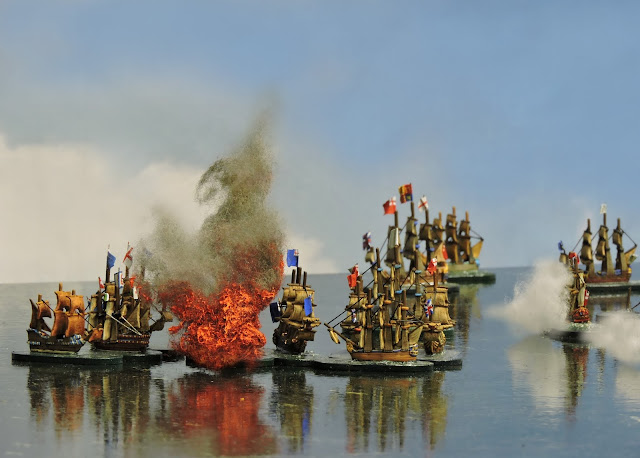 My end of year game this year was novel for a two main reasons.  Firstly, it was out of period - An English Civil War era, full scale naval battle. Secondly, my battle report is not being delivered in the traditional way.

I have chosen to create a 15 minute video battle report. It has taken quite some time to create but I am trying to set myself a new level of aspiration. I wanted it to be as entertaining as it could possibly be. I have done a fair bit of experimentation but, overall, I am pleased with the result.

The game is historical. It was very exciting. Reporting it in the manner presented taught me a lot about wargaming too. The game has eight turns but the fighting took place over four. The intensity of the action when it began was almost too much to take in even when playing it. 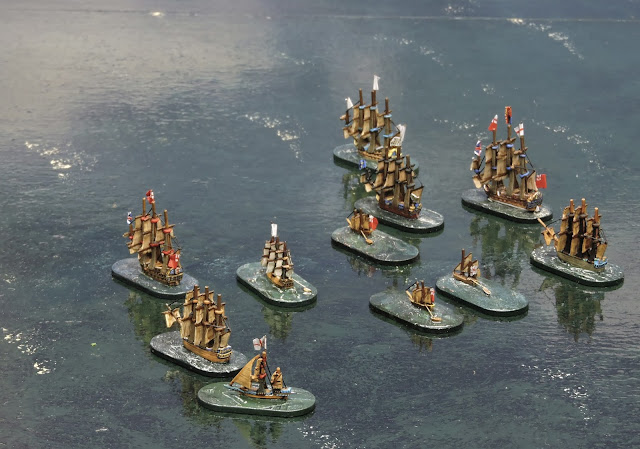 The video includes a historical overview and briefing, a profile of the forces, a grand tactical walk through and... the action.

If you have 15 minutes to spare I recommend you grab a cuppa and a biccie (cookie for my North American friends!), turn the volume up and enjoy the English Civil War as you may not have seen it before.

I enjoyed this one so much it will become a 4Play pack with the pre cursor and the post script both of which are also historical scenarios.

If you like it let me know and if you think the formula will be entertaining for land battles or, you have any request or suggested improvements - I am very happy to hear about those too.

I had a blast as you will hear!

For King? or Parliament?