The video features one of the most unusual naval battles in history which took place during our core period of interest - Bear Bay 1693 when two French ships attacked 40 Dutch ships.... and won! 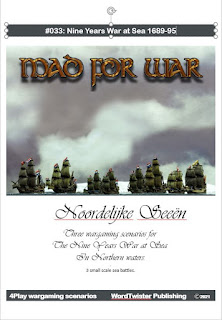 I'll be back on dry land soon but meantime. Enjoy a slice of Gallic elan!