Glorious Obsession Part 3; The War diaries of my toy soldiers 1990 -

by Barry Hilton January 01, 2014
Barry Hilton - My Scottish battalions in particular have had more attention lavished upon them than any others. I may well have leant towards the Jacobite cause if alive at the time but have always been fascinated by the mercenary regiments from Scotland who fought for the French and the Dutch. 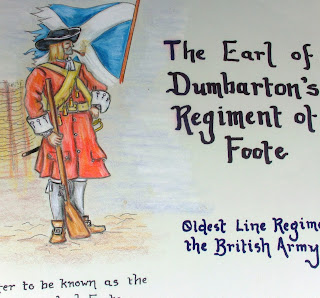 This sketch is the facing page for the records of Dumbarton's Regiment. Known under a variety of titles between 1685 and 1714 the oldest line regiment in the army was on the English establishment and not the Scots. My battalion features elsewhere in the blog but here it is again. 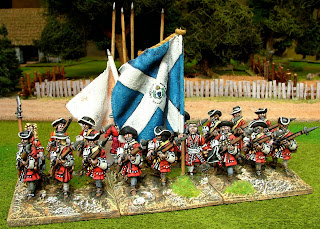 One of the first units I painted was General Hugh Mackay's and they have the largest single number of entries running to about 74. Although I repainted the originals once and completely re did the battalion with Foundry figures I kept the continuity of the record. Below is the facing page from their journal; 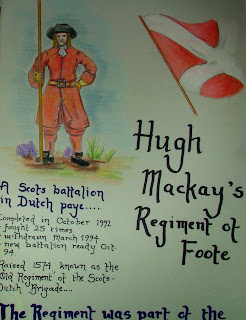 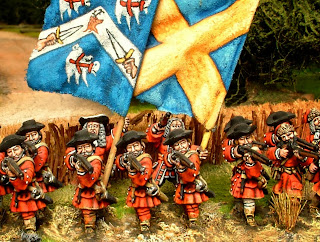 Mackay's giving fire in some tight spot or another
Within my recording of their exploits their are the writings of Sergeant Robert Munro, a literate common soldier who occasionally contributed long narrative diary entries of significant battles. Here are a couple of Munro's entries written in pseudo Old Scots to give a little bit more flavour. These were done purely for my own amusement and have never been read by anyone else before. 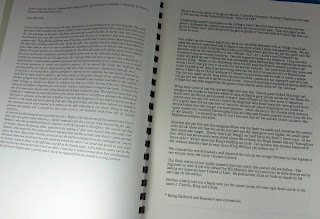 The above two entries cover a disastrous river crossing at Namur under fire in 1695 and the defence of the village of Laer  during the battle of Neerwinden in 1693. 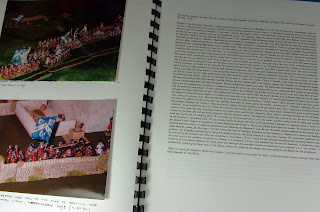 This entry concerns a fight against Monmouth's Rebel Army near Reading in 1685. Mackay's regiment have by far the most written about them with in excess of 10,000 words.
Ramsay's Regiment are also old campaigners and they have somewhere near 70 entries in their journal including specific details where all battalions of the brigade managed to serve together (the third being Balfour's which I never painted but which occasionally took the field with my own regiments. 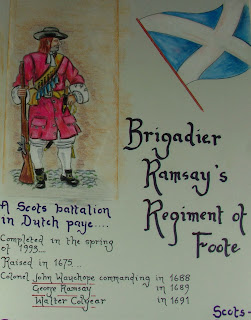 This is the facing page of Ramsay's journal. 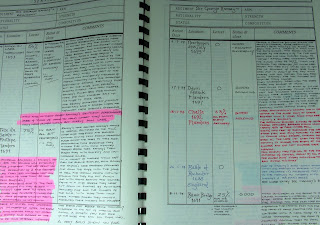 Ramsay's have a pretty good record as this random double page shows. Several good performances recorded in some detail. 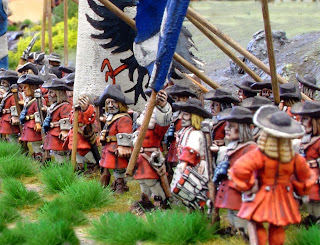 In the shot above they are awaiting a Highland charge during our recent Derby weekender. Four encounters which have as yet NOT been recorded in their journal despite the fact that they faced down a charge for the Cameron's of Locheil during one of the encounters! 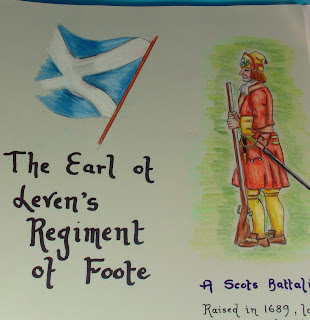 This last journal facing page was for the Earl of Leven's Regiment who. despite being very pretty, had to my recollection an extremely undistinguished career. So much so that during one of my frequent reorganizations they became the Royal Fuzileers who they remain to this day.
So at last, some although not all has been revealed. What could I have done with all this time if I hadn't wasted it on pointless writing? Painted more figures, watched TV, gamed, gone to the pub, read a book.... Hmmm, I think I did all of that too!
Share Share on Facebook Tweet Tweet on Twitter Pin it Pin on Pinterest
Back to The League of Augsburg