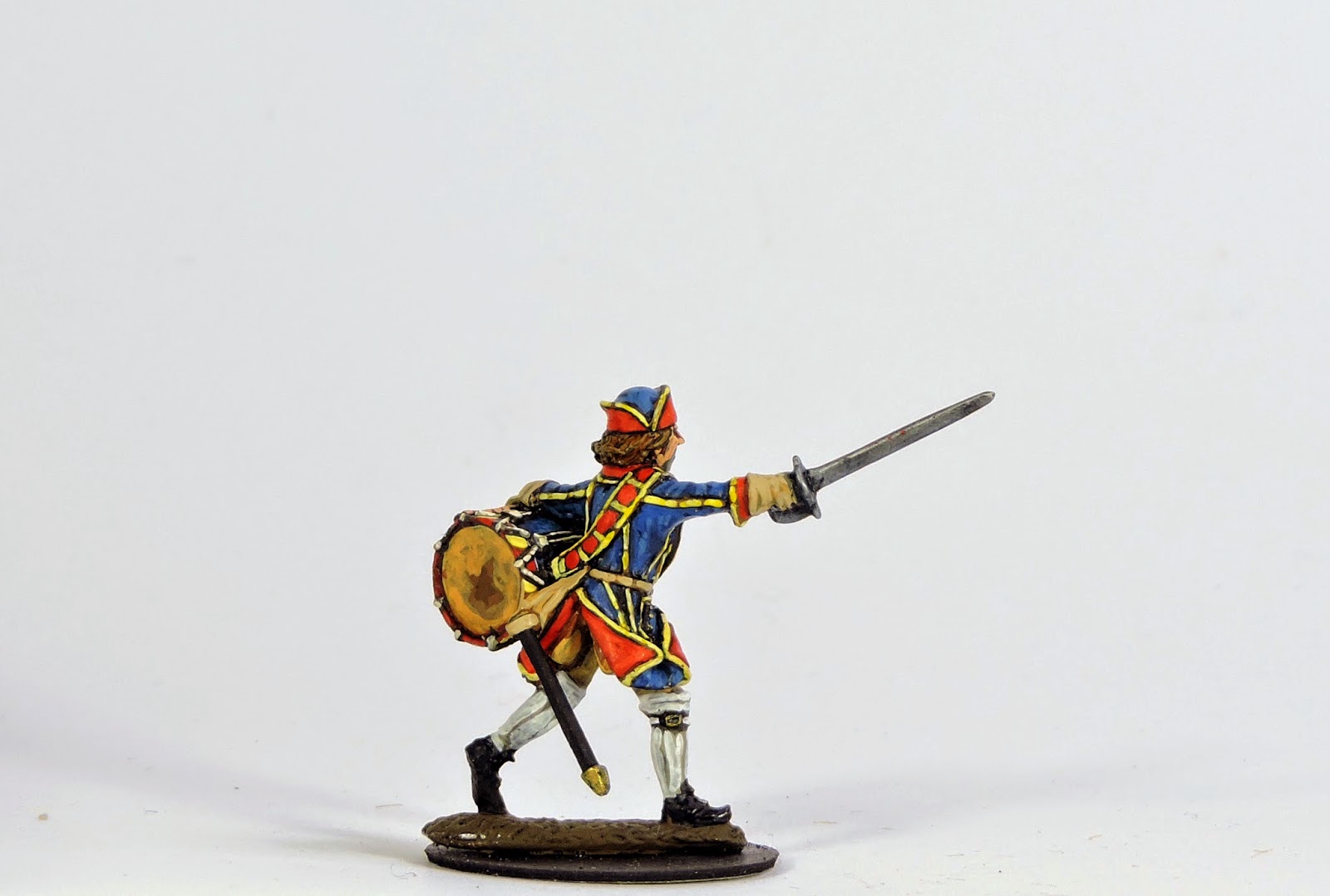 Since painting the spectacular charging drummer in karpus I thought it would be a nice idea to feature the three drummers already painted. We now have 6 drummers sculpted giving the listed options; 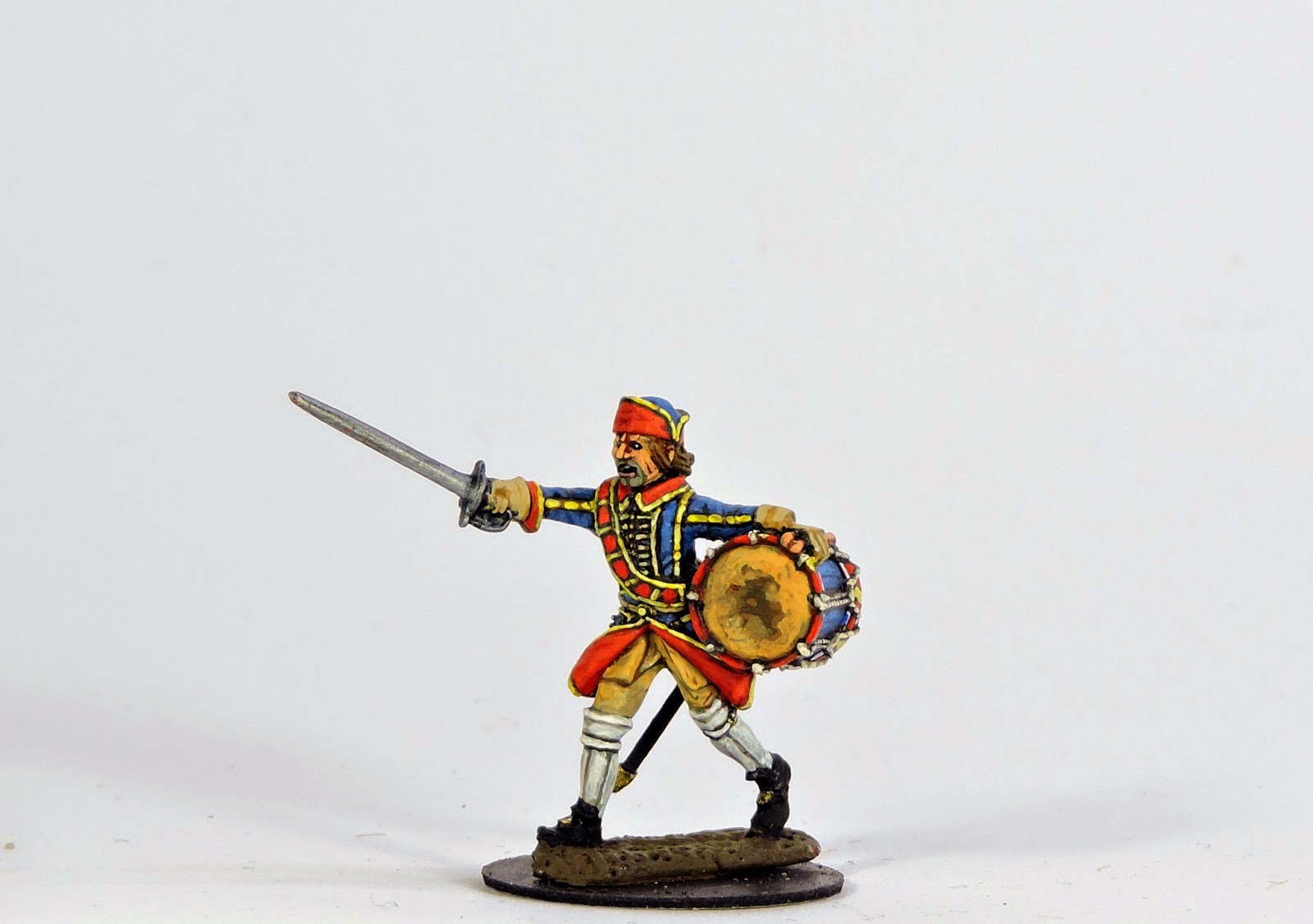 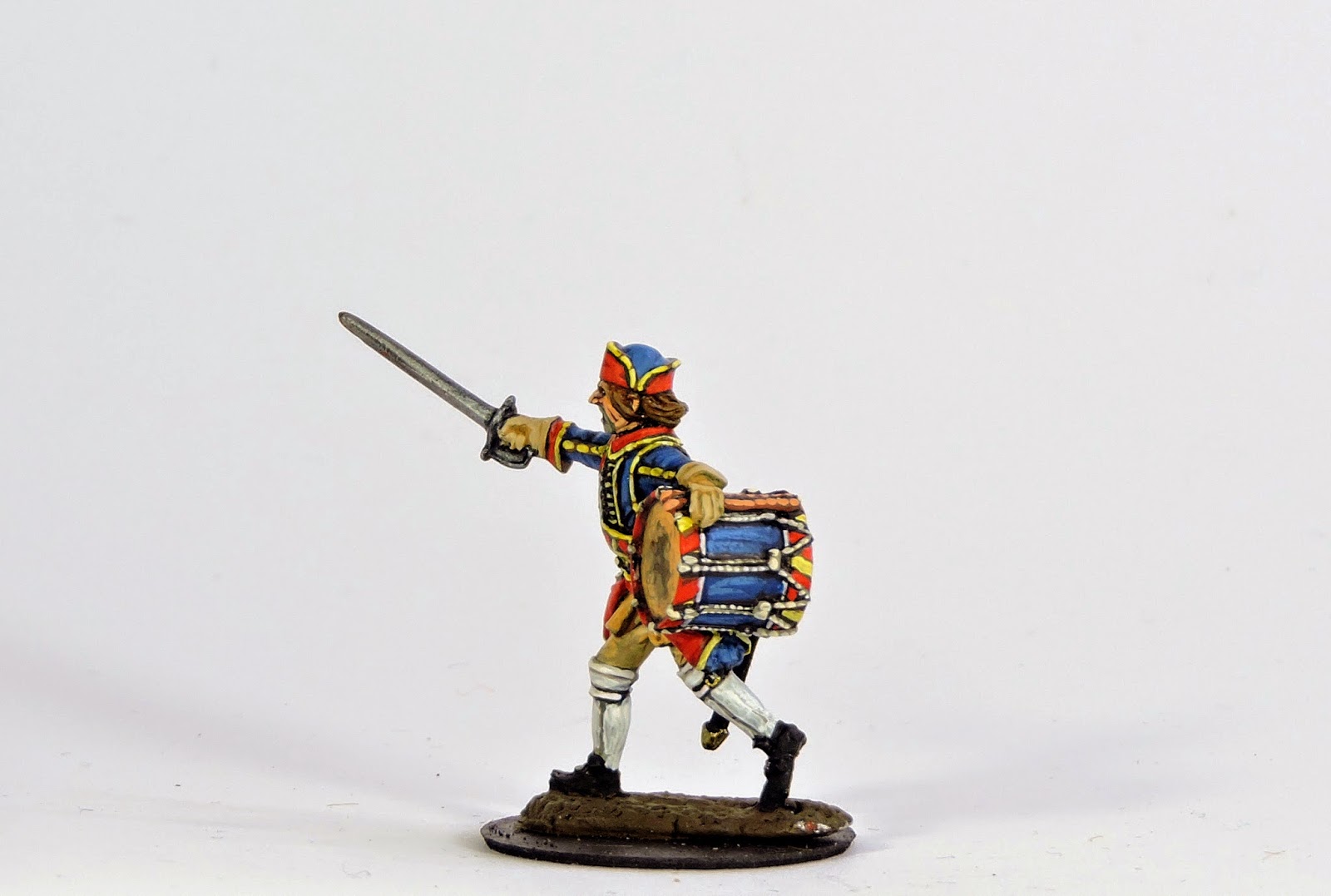 The Swedes did not seem to use the reverse colour dress option for their drummers som I have given these models nice lace trim which is well defined on the sculpts. 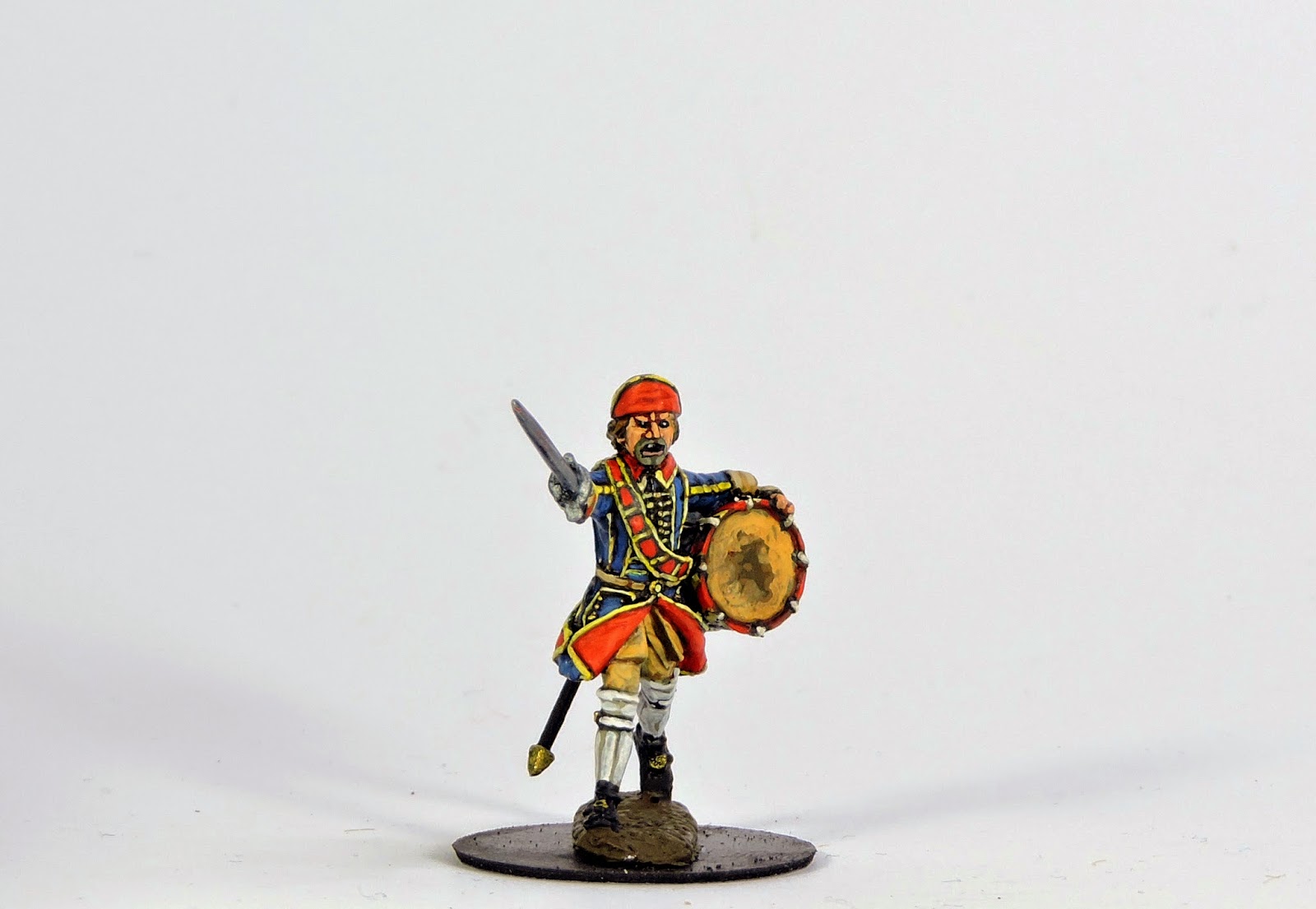 The Karpus chappie is a real gem and the detail of both uniform and drum are very easy to paint. 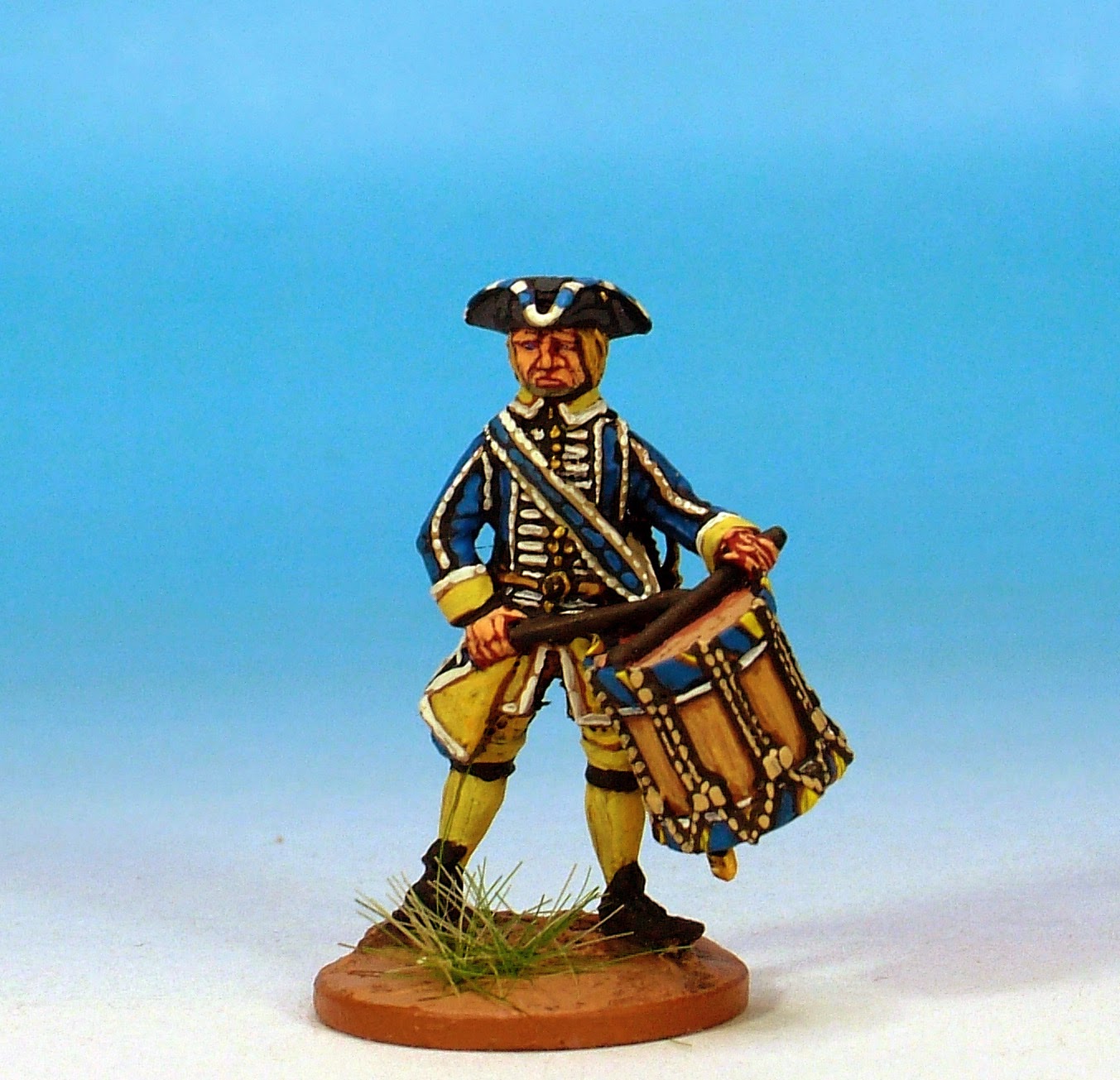 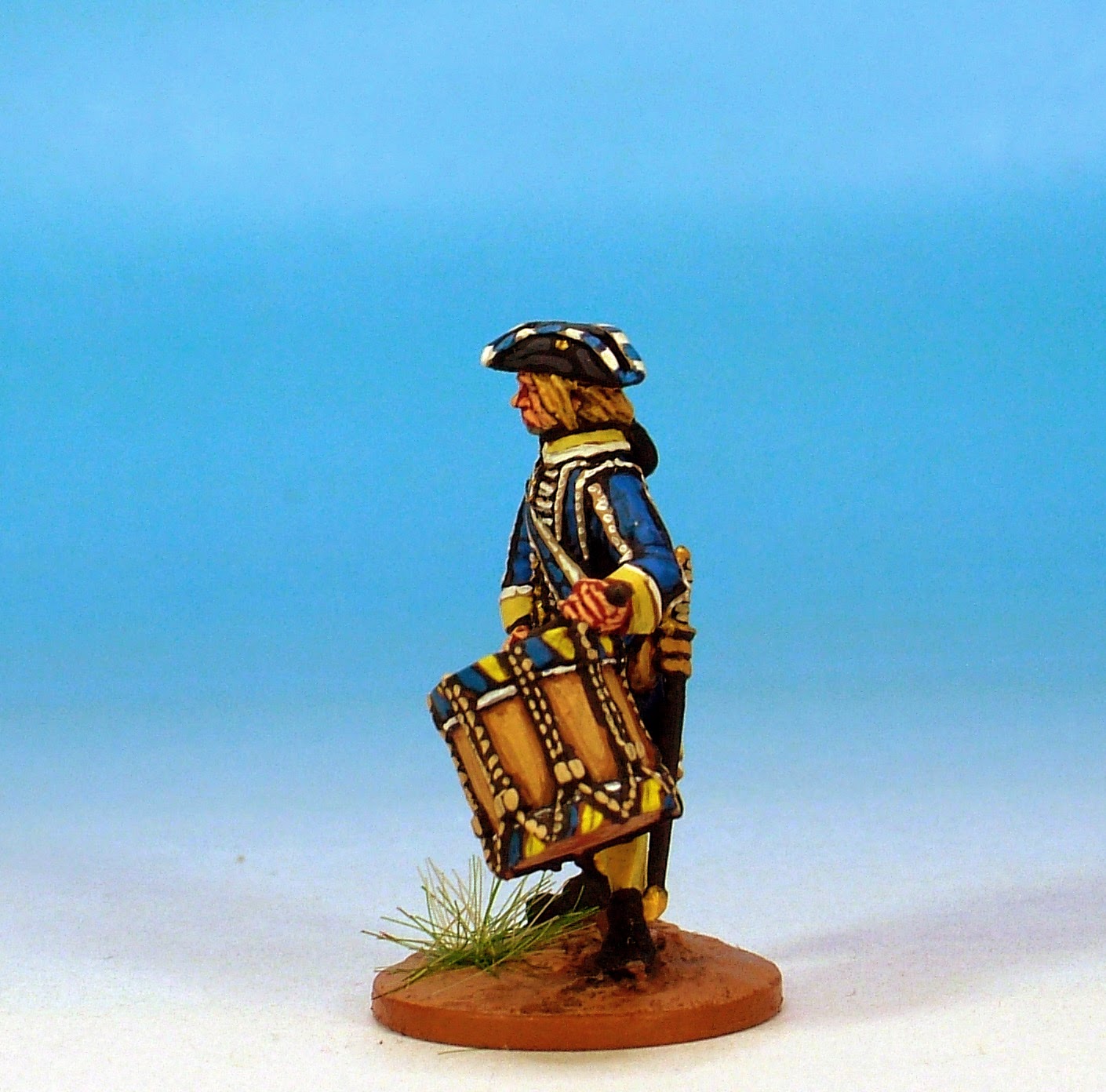 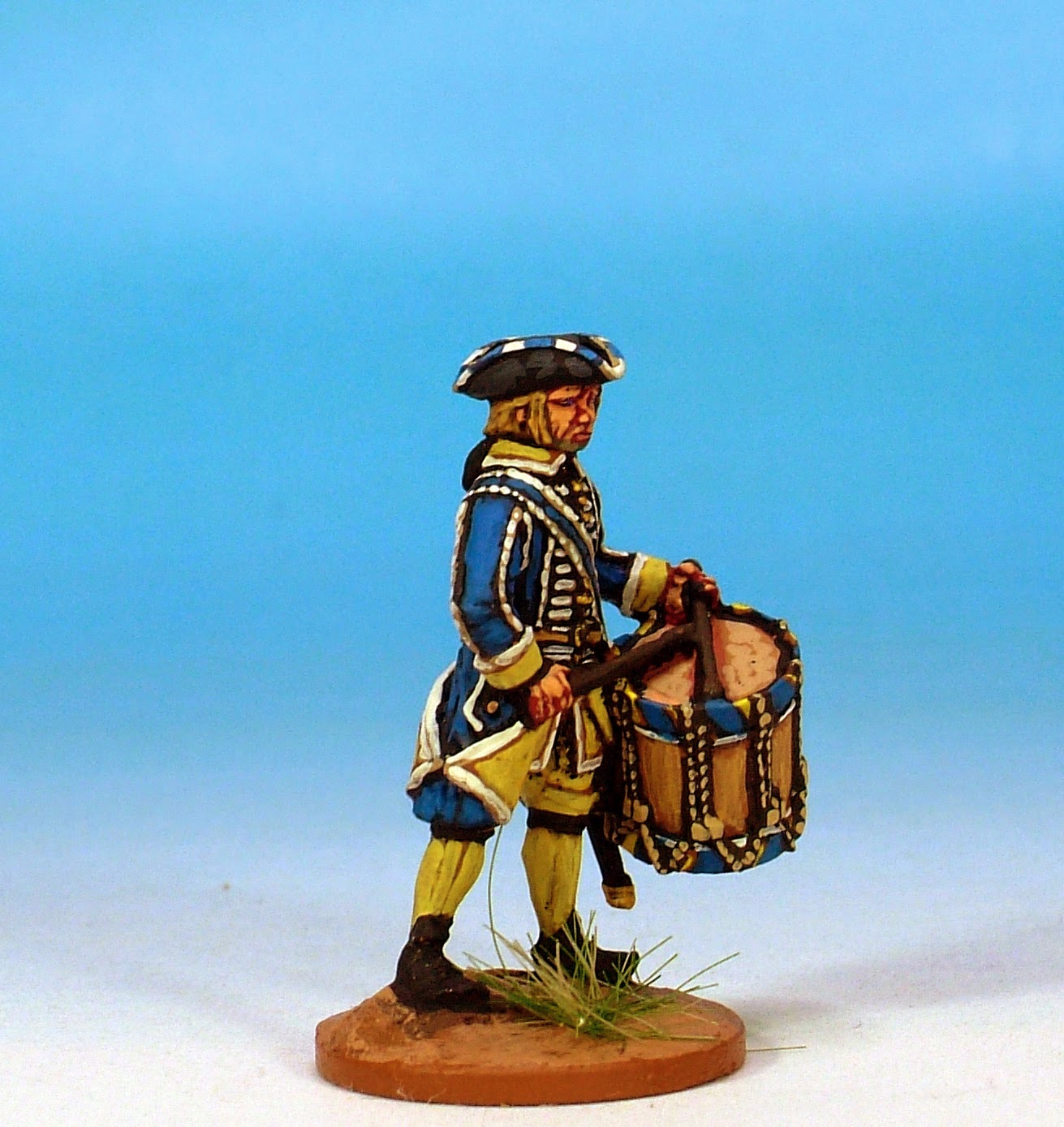 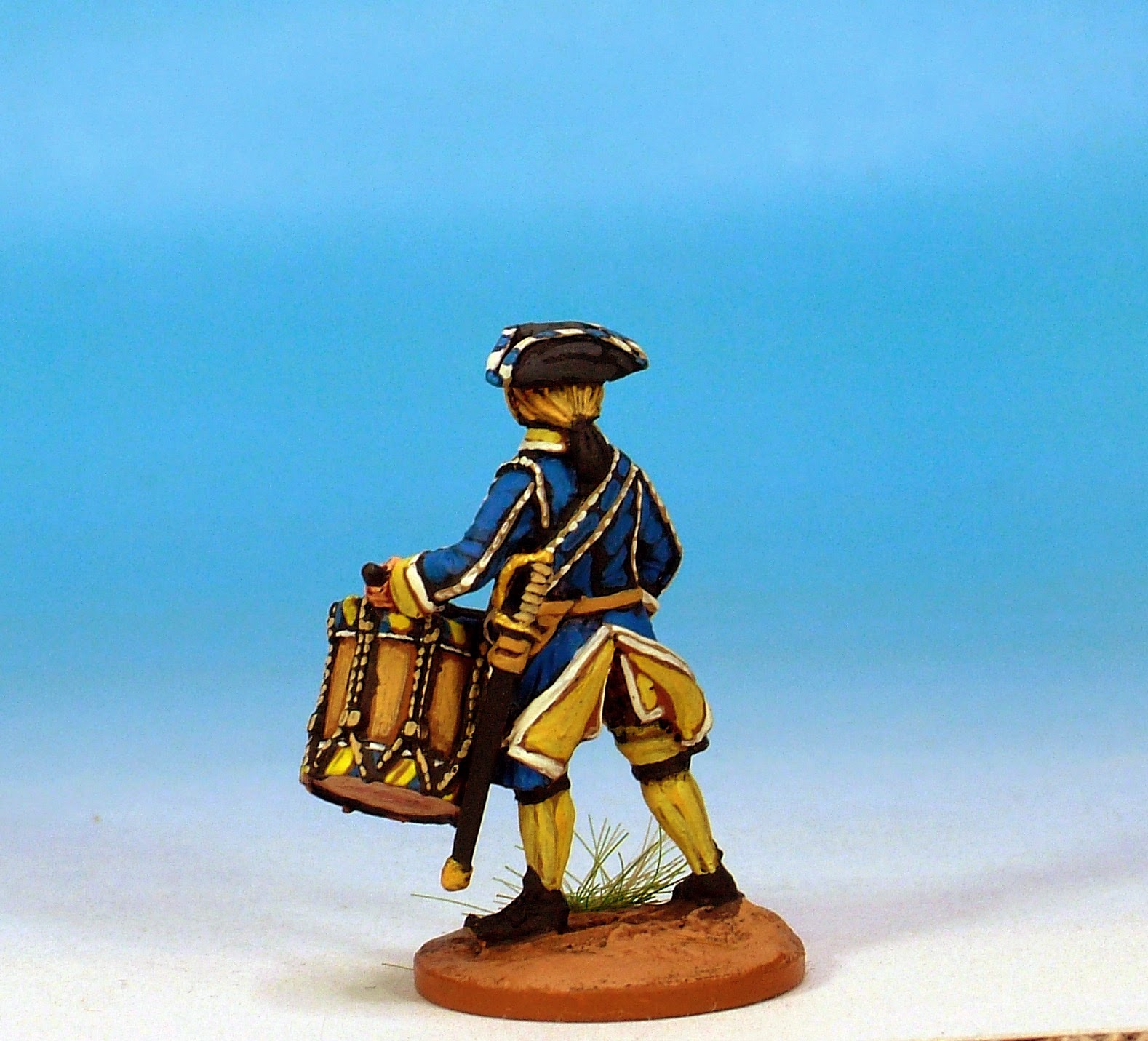 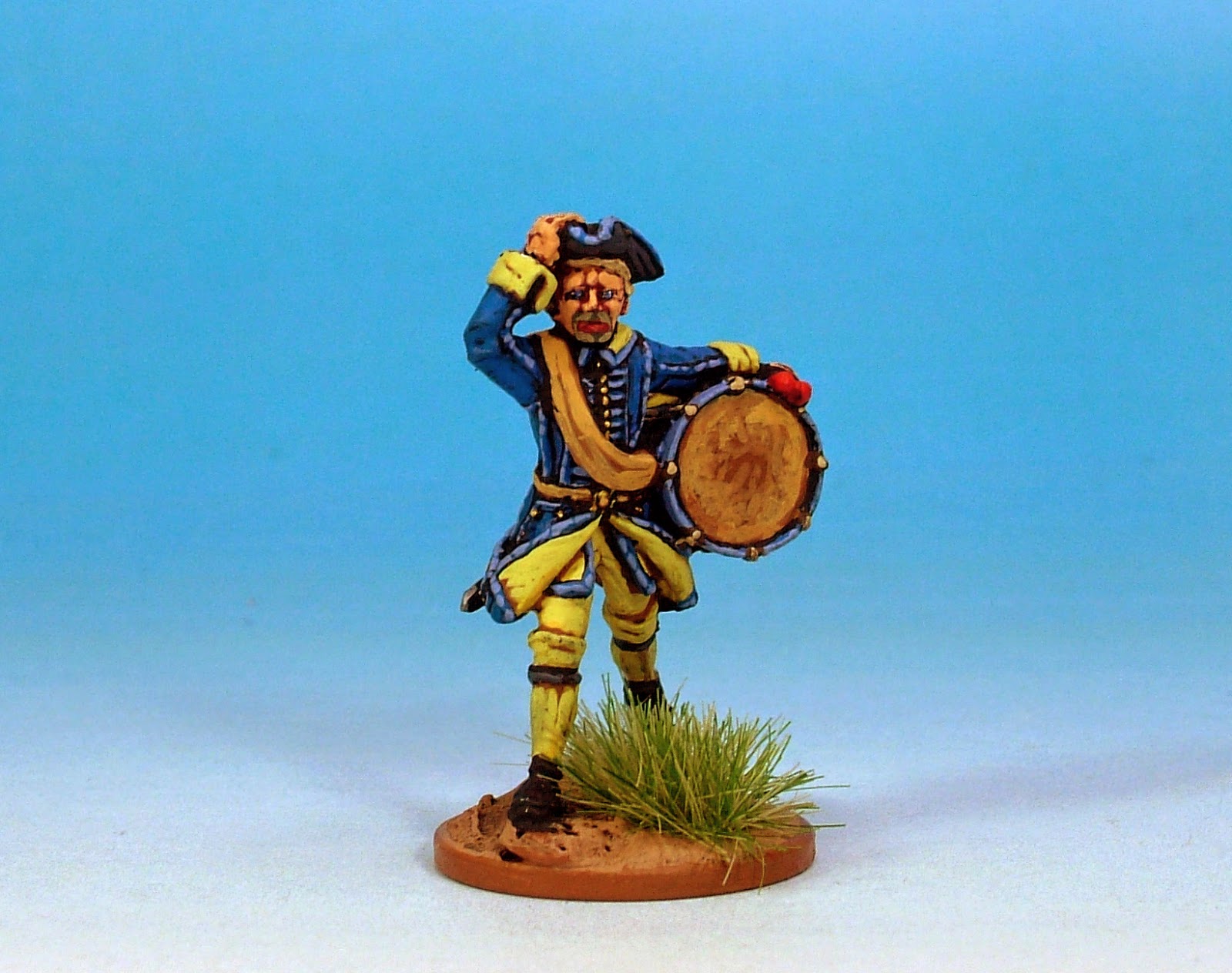 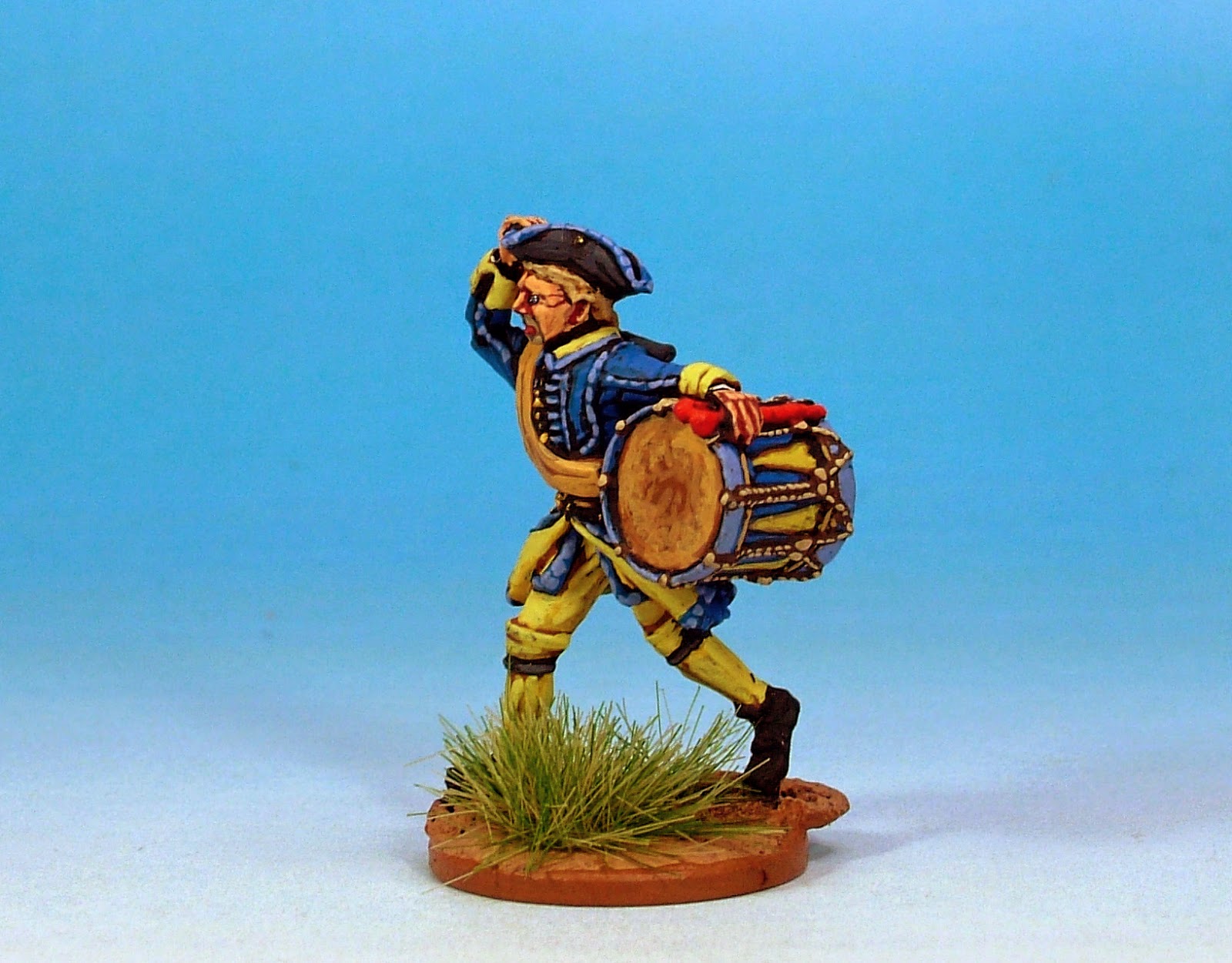 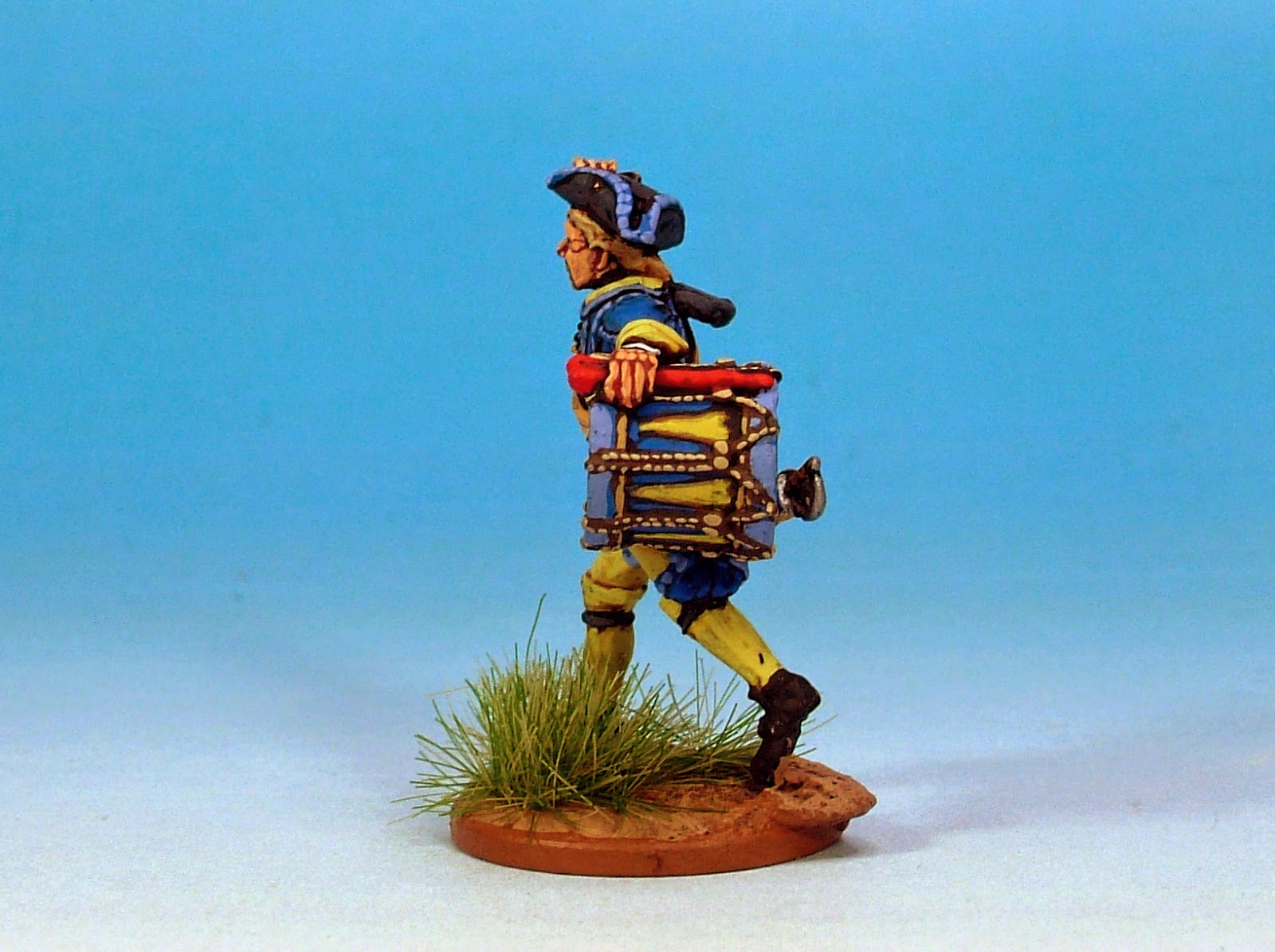 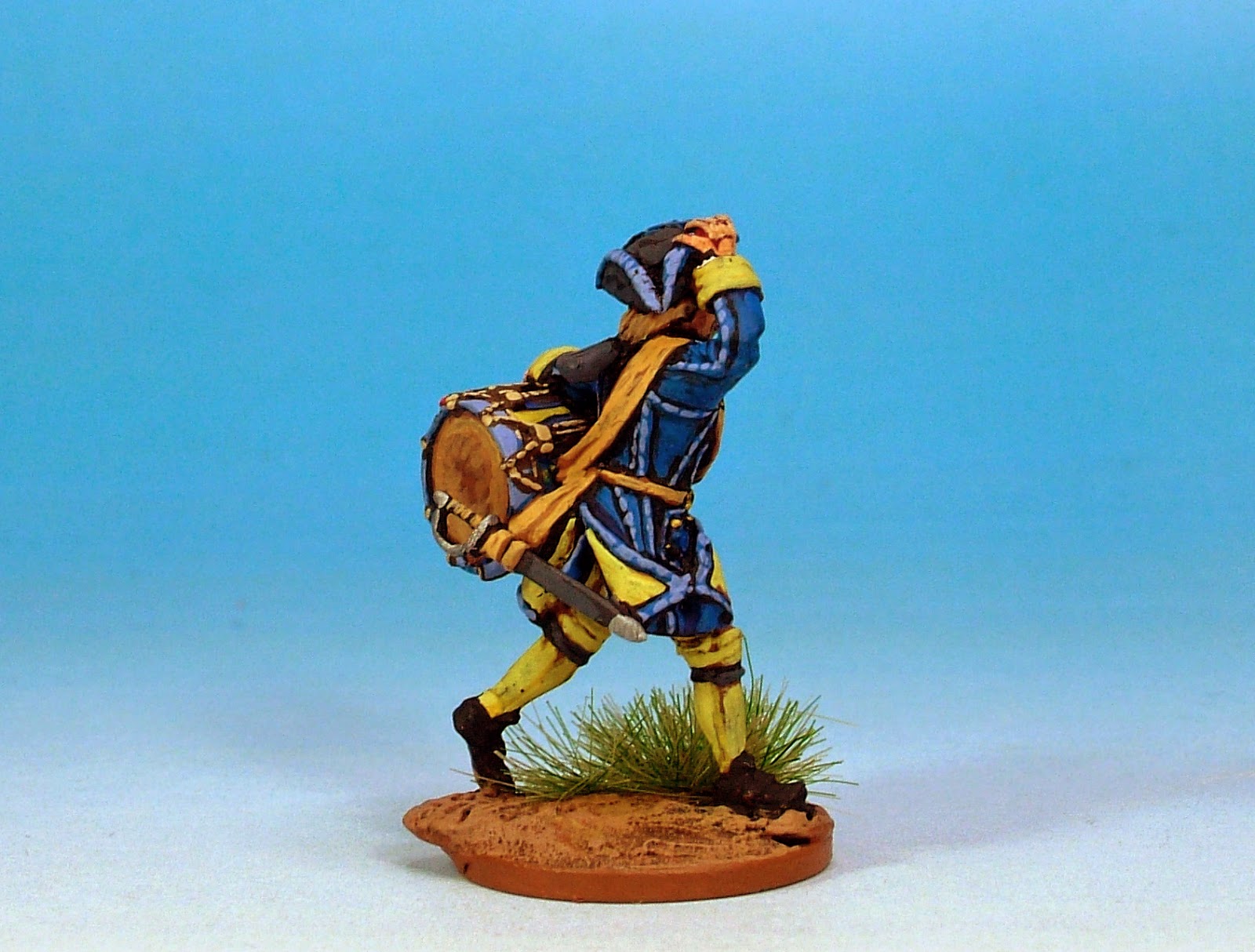