by Barry Hilton November 12, 2015
This has turned out to be the most picture rich post in the entire history of the blog. I make no apologies for that! 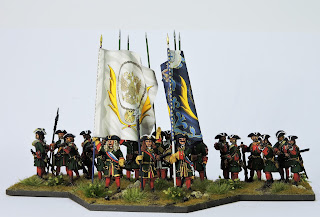 I will let the sculpting speak for itself with this pack. Clibinarium has really caught the spirit on the emerging superpower with these officers. 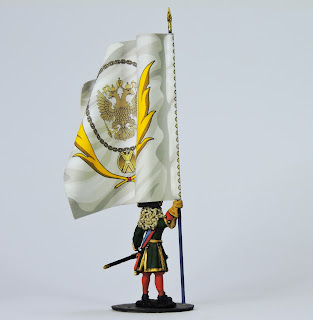 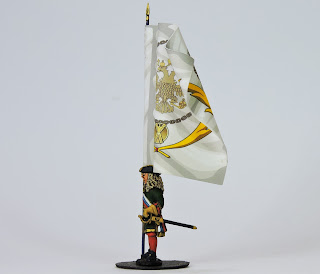 They look haughty, proud and defiant in the face of the aggressors from the west. 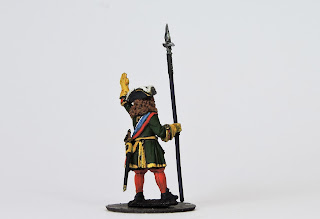 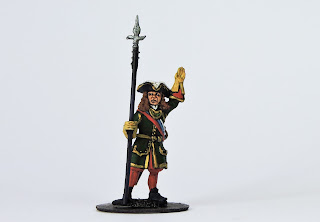 It is clear that any of the three senior officers could be given a pole arm as colonel of a regiment. This first iteration is pretty pleasing though.

Russian sashes are striking and basically an extended scarf type version of the national flag. In contrast to the rather plainly dressed Swedish officers I chose to festoon the Russians in lace and finery. This works very well. 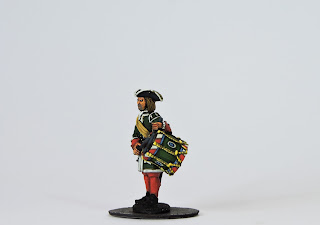 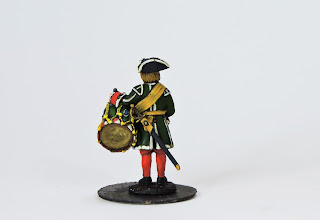 I have been asked a lot about the dark green colour which I have used with the Russians. It is a combination beginning with Workshop Dark Angels Green mixed with a little black. 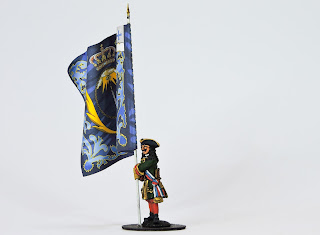 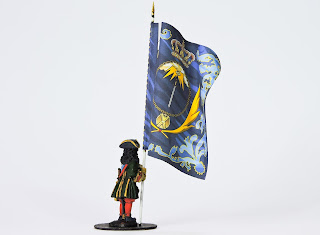 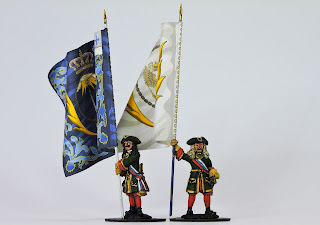 At no point was white or yellow introduced. This was a totally 'green' operation! 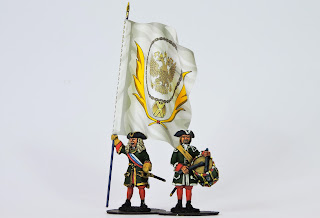 The drummer has extra lace painted on the coat which is very easy to do. The wings are of course part of the sculpt. 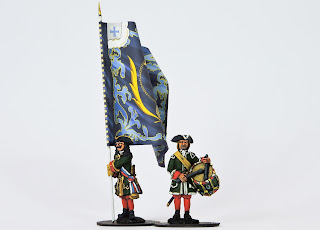 I chose to flag these models with the standards of the Preobrajenskoi Guard Regiment. Some sources state their waistcoats, breeches and socks were also in green. 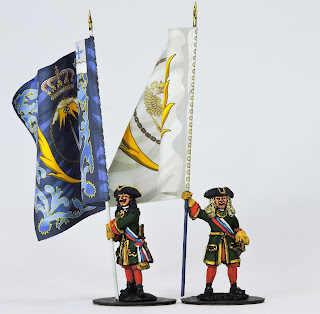 I  will probably re do the unit with this combination but leave the command stand as is. 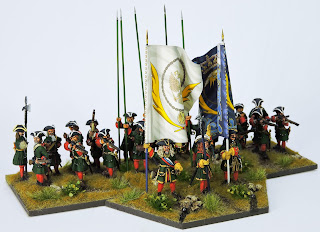 I  have deployed my half hex command stand principle on these GNW units and think that was the right choice. 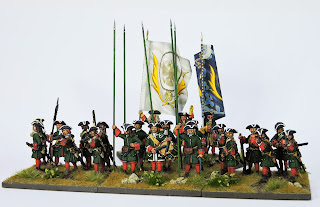