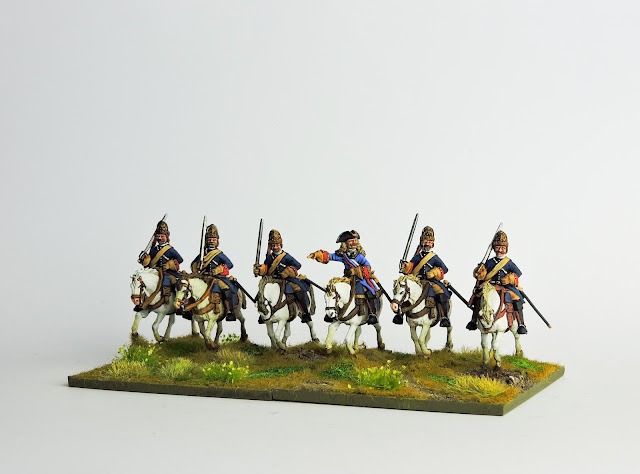 These chaps have been languishing on my painting table for some time. Finished but un-photographed. They are the first completed squadron of a large Horse Grenadier Regiment for a Petrine Russian Army. 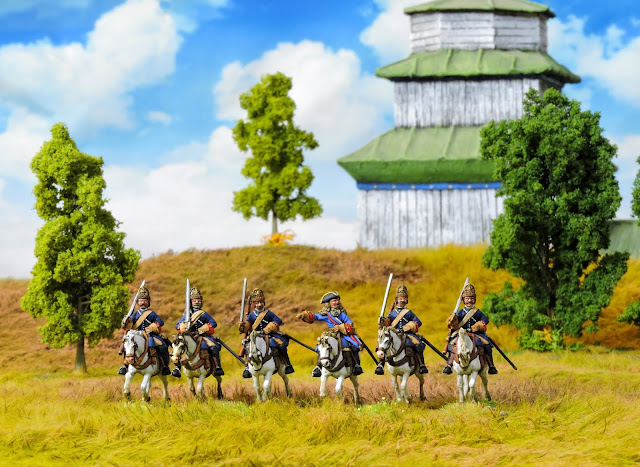 It is thought that Peter the Great created three or perhaps four such regiments. These may not have carried distinctive colours but my intention is to use a little licence and provide a flag as focus for the unit.

How should they be treated in a wargame? My view is to have them fight in the same way as other Russian dragoons but to provide them with the Elite suffix allowed under Beneath the Lily Banners. 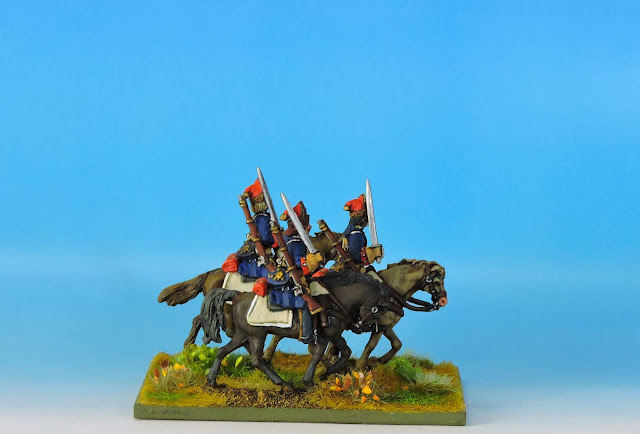 This means the squadron would fight as dragoons, have the mounted fire capability permissible in the new GNW supplement and have slightly improved morale when checking.

I enjoyed painting these and the colour combination with the horses as white/greys is nice.

A few customers have asked for regimental deals for the GNW cavalry which I have made up ad hoc and at the same price as the Swedish mounted regiment : £50 ex postage,