Over many years of digging, I have read, compared, sifted, interpreted, dismissed and compiled little bits and pieces of information in an attempt to build as complete a picture as possible. The Jacobites have been much misunderstood (often deliberately and with malicious intent) over the centuries since 1691. Another vital and important group of participants frequently denied their true place and contribution are the descendants of  the Planter families most concentrated in the Ulster counties.
I have covered the Derry garrison in some detail elsewhere and this piece focuses on the exciting wargaming possibilities of building a force based on the troops from Enniskillen.
From very early in 1689, this waxing force was the most active in terms of Williamite resistance. A frontier attitude to survival - isolated, resource starved, surrounded by threats and danger, bred a combative spirit which was offensively defensive. Pre-emptive, mainly decisive, threatening and feared, the numerous companies of Enniskillen developed a different type of warfare in the age of pike and shot.
Small forces held together by an almost committee based approach assembled, discharged their missions and returned home as quickly as possible. Often travelling very light, invariably without artillery support and always short of ammunition, weapons and equipment, the Enniskillen companies developed a loose order, close to contact fighting style which probably would not have worked in the restrictive environment of an army's drill evolutions and discipline.
Even when their regiments were incorporated into King William's army they proved difficult to manage. Schomberg likened them to Croats but not in a positive way.  Their mounted companies appeared to be used for scouting, raiding and foraging.  Their infantry companies appeared to reject the pike as a core component of each unit. An independence of thought made them a tricky proposition for friends and foes alike.
They created genuine nervousness, even fear and panic in their opponents. Tales of their exploits and number were exaggerated (a process of legend building which has continued for more than 300 years).
They fought many small but important battles between 1689 and July 1690 including those at Belleek, Bunderoose, Sligo, Ballyshannon, Boyle, Crom, Belturbet, Lisnaskea and Newtown. They were prominent in the large field engagements at the Boyne and Aughrim and participated in important sieges.
There were never more than around 3,000 Enniskillen troops divided into a regiment of Horse, two of Dragoons and three of Foot. This makes them an ideal core force for gaming the War in Ireland. Several of those regiments went on to take their place in the British Army establishment.
The characters surrounding their leadership are also fascinating from the charismatic Thomas Lloyd to the experienced and talented William Wolseley, good commanders knew how best to inspire the Enniskilleners and poor commanders often created confusion and discord amongst them. 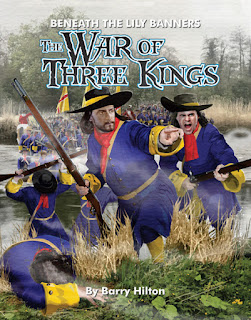 The War of Three Kings has special rules for using with Enniskilleners which attempt to model their organization and battelfield behaviour. These can be found in the additional rules section of the book. 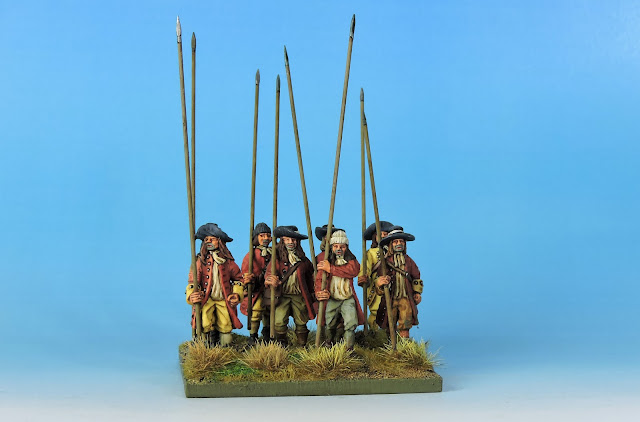 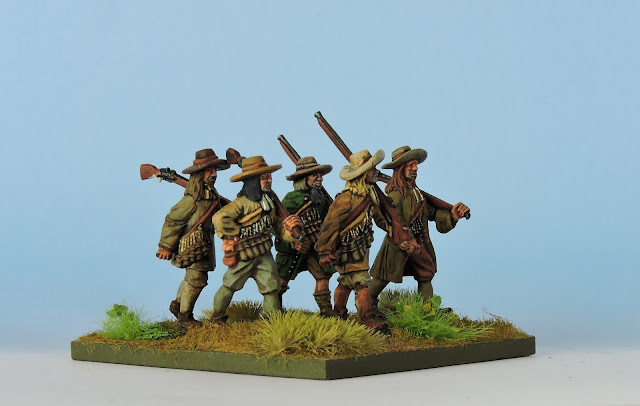 Warfare Miniatures offer various models which can be used as Enniskillen Foot, Horse and Dragoons at various moments in their eventful careers.  A few of the codes are shown here. 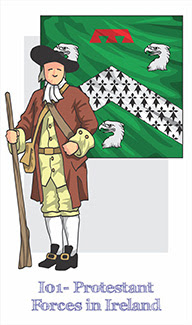 The uniform and unit guides for The Boyne, Aughrim and now the Western theatre provide valuable background to model the troops. 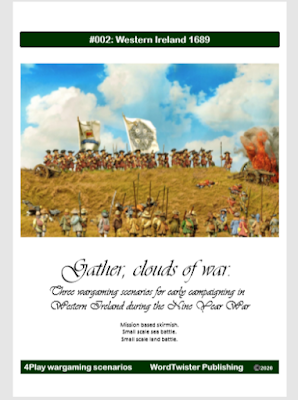 One of the first 4Play scenario packs featured the action at Ballysadare during which the Enniskillen regiments faced Patrick Sarsfield's Connaught Jacobites.
I hope shortly to publish further scenarios featuring the Enniskilleners including some of those mentioned earlier in the piece. They will also feature in a hardback scenario book being released in the Autumn of 2020 which contains two of their most famous battles.
There are no excuses now for ignoring the Enniskilleners on the tabletop. Win or lose, they always make for exciting wargaming!