That it was composed of and largely officered by experienced Scots officers is something occasionally yet deliberately overlooked by those intent on some Scots v English sleight of hand.

I have painted each of the regiments in the brigade more than once. My own General Mackay's regiment has fought in more than one hundred table top actions and I have the journals to prove it! 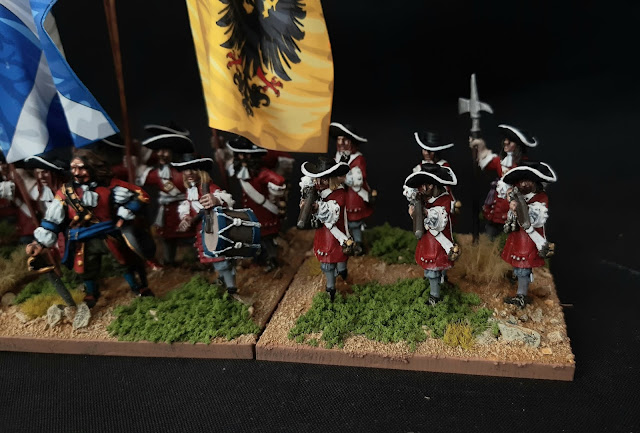 Gareth Lane has modelled the brigade using some imagination and the 1672 range by North Star. He has topped the birgade off with some of Quindia Studios magnificent flags. 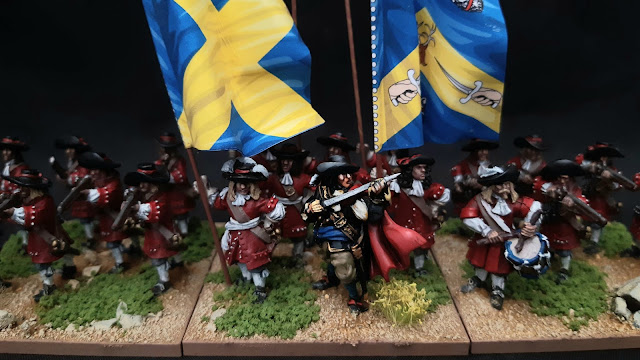 I thought blog visitors would appreciate seeing the brigade and some further external reference material.

Beautiful job Gareth! I hope you get them in action as often as you can manage.