Guest post: The Williamite Wars in Ireland - Part 2 - The River

It is along road from Kinsale to Limerick. But much harder on foot or on horseback than by car. The first tough haul is the twisty, tortuous undulating road up to Cork – that caused Marlborough’s men so much trouble in bringing his heavy artillery down to take part in the siege of Charles Fort, Kinsale.
Once beyond Cork, we head North up the motorway towards Fermoy and Mitchelstown. On the right on the horizon are the Galty mountains. To the left is the Ballyhoura chain. Then across country you see miles of the marshy, boggy landscape that is so common in Ireland. Wild and hard to cultivate – how to scratch a living here? On we go, past signs for Tipperary, Hospital, Ballyneety and finally into Limerick.
Across Baals bridge over the Abbey river that divides Irish town and English town and on to King John’s island, the historical heart of the city.

King John’s castle is massive. Those walls and round towers were built to intimidate and repel. A first
v view of the River Shannon at the end of the street – how wide, fast-flowing and majestic it is… what an
obstacle to cross…!


The castle museum is superbly done. A multi-media experience - as is the fashion these days - with sounds and lights and characters from Limerick’s history who talk to you on the press of a button. ..
A journey through time from the Vikings, the original ‘English Lords’, the medieval clashes, the Plantations, the Civil War and then to our period, the sieges and great dispute between the Williamites and the Jacobites which was concluded (for a time) here.
In the museum is a wonderful huge model of Limerick as it would have been around 1690. This bird’s eye view shows the city walls, the Castle of King John, St Mary’s cathedral, the Thomond bridge and the river Shannon. 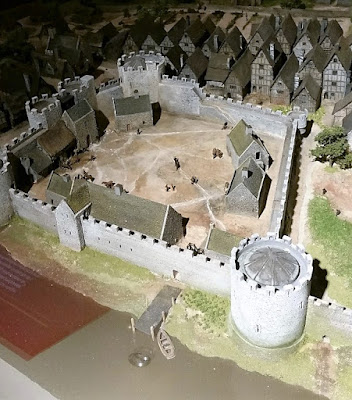 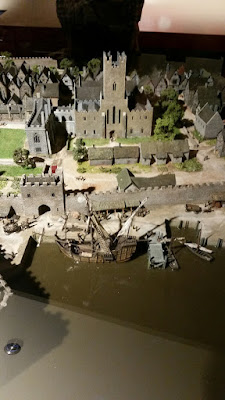 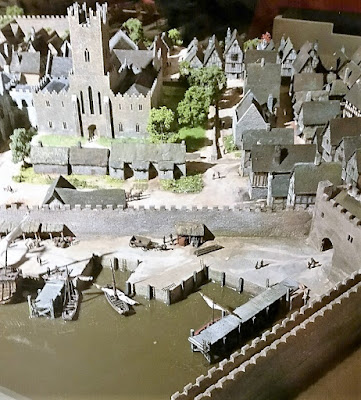 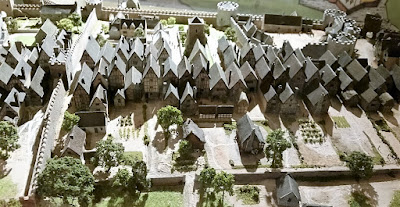 The Limerick model – Castle and St Mary’s and the English Town
There is also a striking diorama in approx. 1/72ndscale that features the disastrous fight on the Thomond bridge. The Allies having marched round through the night into County Clare launched an attack on the defensive ramparts that guarded the entrance to the bridge. From his position of safety back on the castle walls, the French commander panicked; ordered the drawbridge on the small gateway built onto the bridge to be raised. This act condemned 100’s of Jacobite soldiers to a deadly fate – despite desperate waving of white kerchiefs, the Jacobite colour, to signal their allegiance back to the castle. They were ignored – and died either at the hands of the similarly red-coated Williamites, or drowned in the surging waters of the Shannon.
This awful incident is well-captured in the model shown 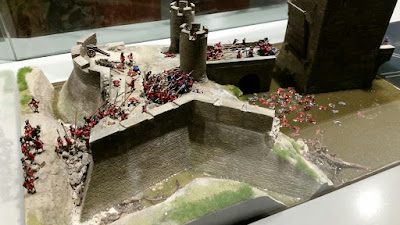 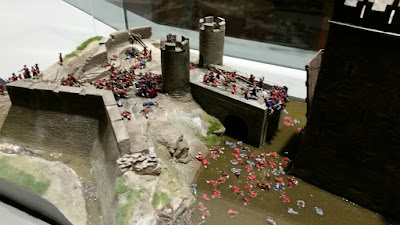 The fight on the Thomond Bridge
Inspired by this scene, I attempted to replicate it back on my painting desk, using 15mm figures, buildings and river bases that were to hand
Images 11, 12 ,13 – views of Thomond, Limerick and the Shannon in 15mm 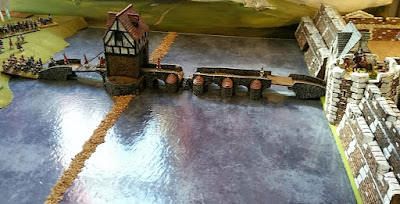 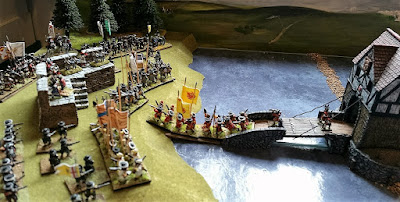 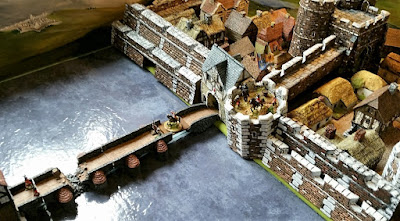 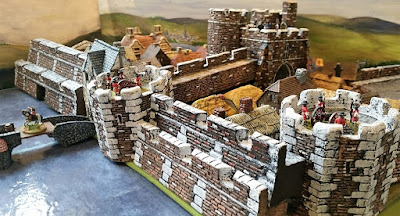 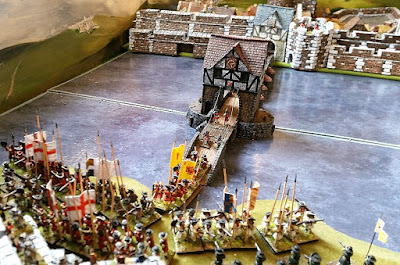 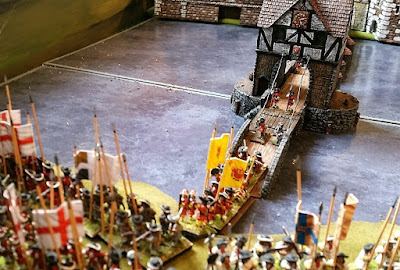 Here is that same bridge today – with the white water racing through the arches, illustrating the speed and relentless nature of the river – literally it took no prisoners… 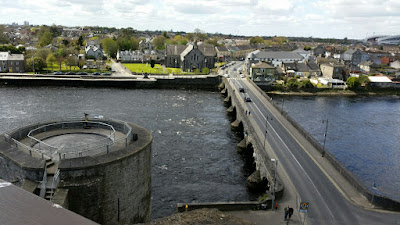 Looking West towards County Clare directly across the river 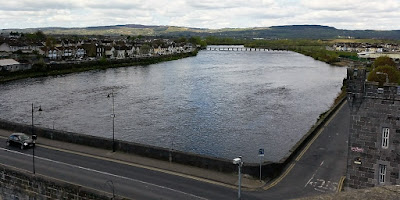 Two views looking north to the surrounding ring of hills with their patchwork woods in various shades of green and the church of St Munchin – grey slate and grey tombstones – a bricked up/ blocked up sad place – awaiting reclamation as an arts or cultural centre
2 modernized illustrations from Thomas Phillips drawings made in 1685. Very useful wargaming material. These show the city in prospect as it may have appeared to the Williamite army from their trenches – as the bombarding of the 24 pounders and mortars rained down fire upon the houses… 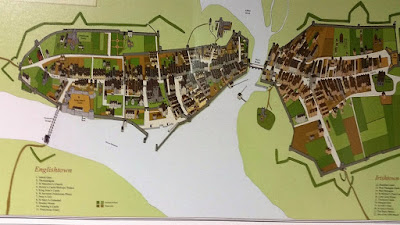 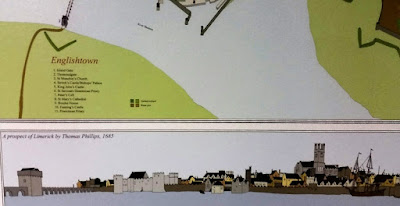 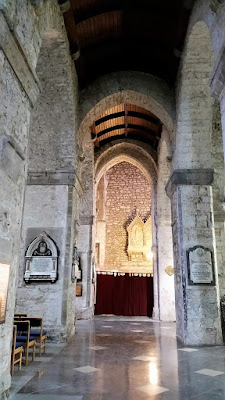 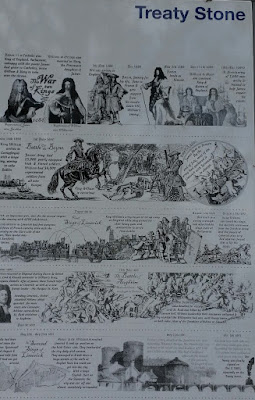 Inscription on the treaty stone 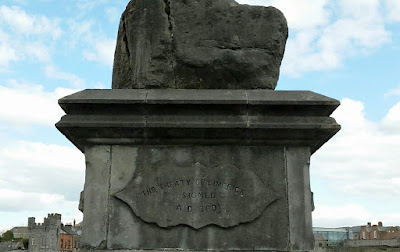