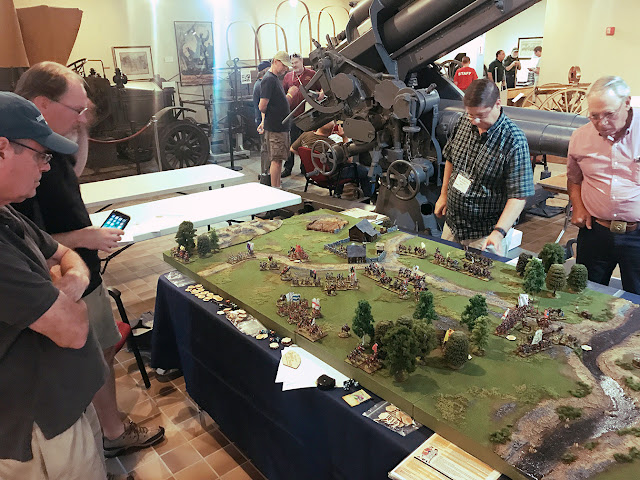 Left to right, Dannie Fogleman, Joe Brecher, Richard Jaekel, and Dick Goettel.. ALL of the these guys played in one of Barry and my sessions of the Pennyburn at Historicon. Some of them came from quite a ways, just to play BLB. I was stressed because in my haste Saturday morning I left the house without my QRS... THREE of them brought their own copies (thanks, for that, guys). 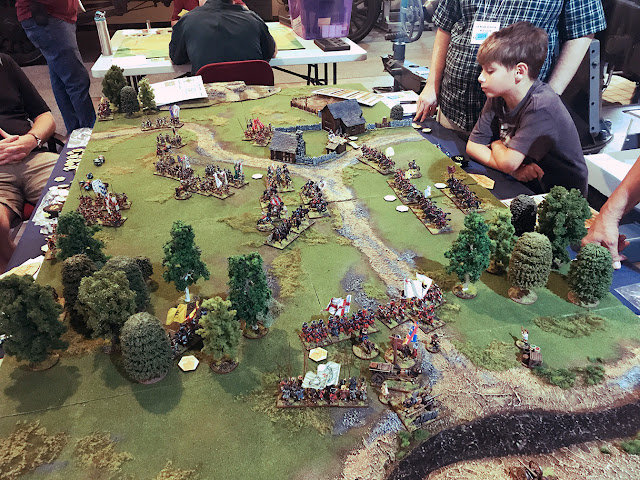 What a cool venue. While it lacked a huge food court (lunch and dinner were available in the form of sandwiches from Chick fil'A), my table was in the Weapons Hall in the middle of the Virginia War Museum. 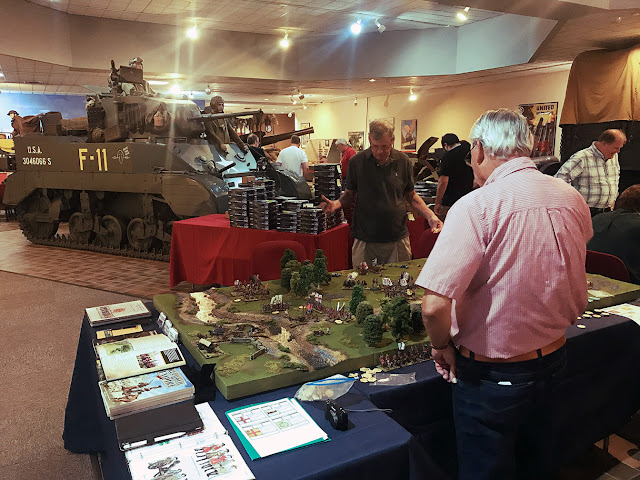 Dannie and Dick both wanted another game and we were joined in the afternoon by Rob Eubanks. We played the same scenario, but the veterans switched sides to have a different perspective on the game. 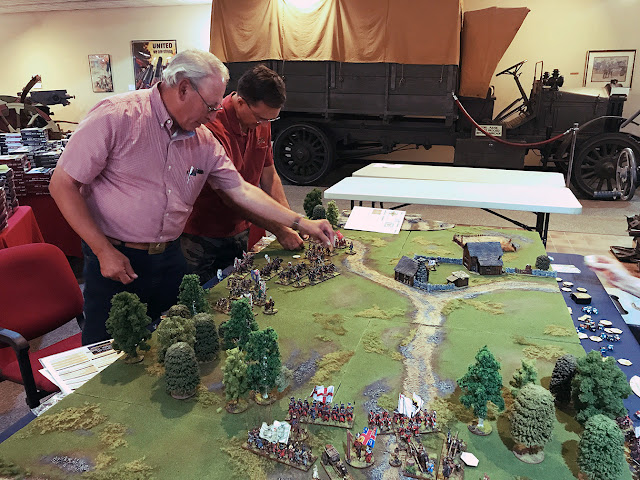 There were lots of nice comments from people, interest in the Warfare range, and I even managed to sell some books. The event also saw the blooding of Hilton's Regiment (seen below with the blue and white flags.. will get proper photos of them in coming weeks as well), painted for my collection by THE Barry Hilton.. more on how that went soon.. 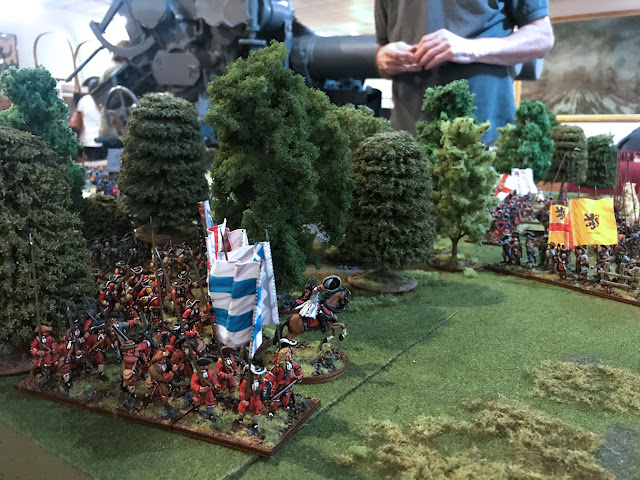