Adrian made the terrain, Toggy, Gerry, Peter, Barry and several other chaps provided the 8,000 or so figures. The event was a decisive result and the game play flowed freely with the number of turns testament to the relative ease of managing something so massive.


We used Republic to Empire and had about 15-17 players (I can't remember now). Each player was working with between one and three divisions at any given time. Gunter's video clip runs from the northern table west to east and then from the southern table east to west, ending up somewhere around Hougoumont.

The game lasted from Saturday morning till around 1600 on the Sunday. We managed between 22 and 27 moves (again the memory is a little clouded although I did perhaps blog about it at the time).


Various posts made during my 200th anniversary report from the battlefield: 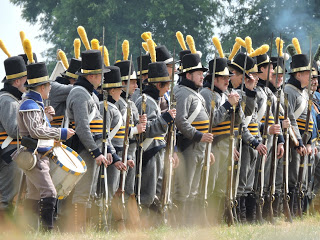 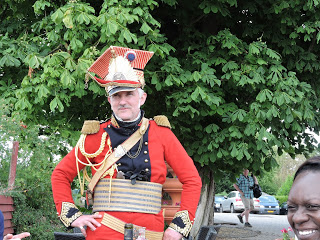 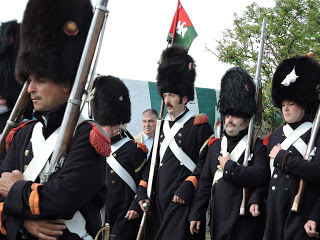 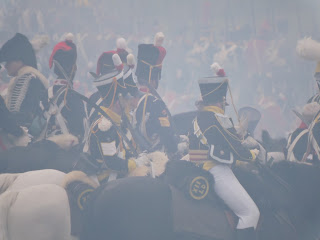 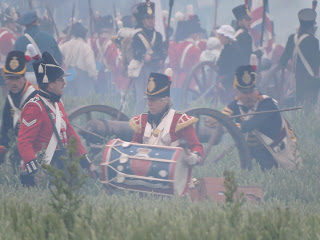 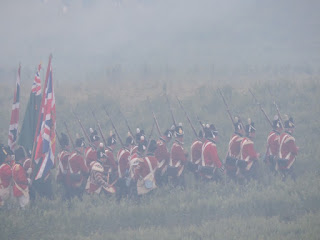 Here is the original battle report of the 200th anniversary game:


The original blogpost on our Waterloo 200 game here

It was a fantastic experience to re-fight the entire battle with every unit and detachment represented. I recall that The Emperor Paul Patrick received plaudits at the end thus I assume the French won!