I am sure you have heard of Blackbeard's ship, Queen Anne's Revenge. When we started with Donnybrook a few years back Mr. Harrison, of this parish, got me all fired up to the extent that I painted and based the thick end of 200 miniatures which feature liberally in Donnybrook. He, on the other hand, painted... none!

Old score's are best settled cold. So this is Hilton's Revenge! I have worked on him slowly but surely and now he has bought enough ships to worry the US Atlantic Fleet. He is building and painting them on the James River estuary like a strawberry picker on piecework.

He has decided to commission a series of flag sheets to represent every pirate you might have thought deserved to be in Pirates of the Caribbean (and a few more after that). 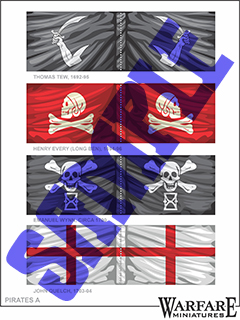 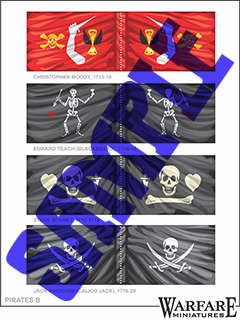 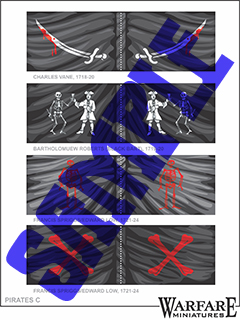 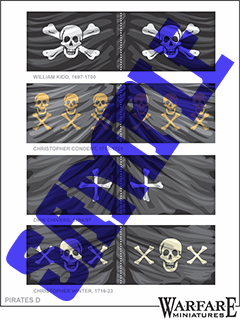 You can find them in the shop. I have even had to create a new 'Pirate's Corner' they are flying so much silk!

Pirate Flags (Most of the civilized world)

Pirate Flags (The savage colonies across the pond)

Donnybrook at Sea is quite obviously doing its work! Ahaar! 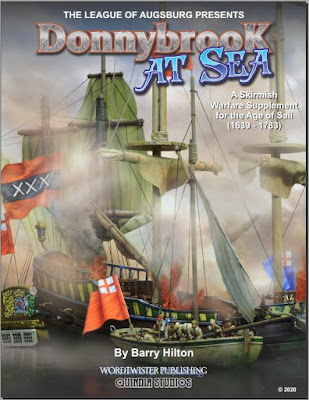 (Edit from Mr. Harrison... and I'm painting pirates, maroons, Spanish for 1671, and Caribbean militia AND building a palisade fort... I'll be making naval flags for ALL of the major powers for this period as well. I'm calling us even now, Blackberry...)